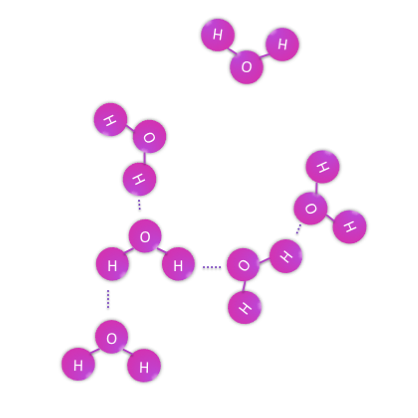 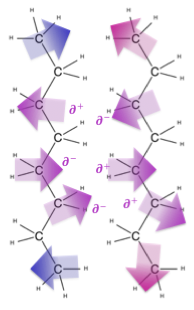 Examples of complex lipids include triglycerides, waxes, and phospholipids. These are all naturally occurring molecules with important biological functions and are highly regulated in the body. The following schematic is an example of how these molecules can be broken down into their individual parts.

To connect these molecules to foods students are familiar with, the major lipid component in several fatty foods comes in the form of triglycerides – a complex lipid where 3 fatty acid molecules (carboxylic acid) are esterified to a molecule of glycerol (alcohol). Triglycerides are a type of  “neutral lipid” since they are relatively inert, storing volatile fatty acid molecules in a way that is more energetically favorable for cells.

When speaking of the double bonds in naturally occurring unsaturated fatty acids, we are usually referring to a cis double bond formation. Cis bonds are formed in nature (as opposed to trans bonds) because the enzymes responsible for desaturation reactions — reactions that transform a saturated carbon-carbon bond into an unsaturated carbon-carbon bond — operate in a way that only results in cis bond formation.

To address this issue, and prevent food waste, food scientists implemented a method to partially hydrogenate unsaturated oil mixtures until a desired texture was obtained. By reducing the double bonds in an unsaturated fatty acid mixture, the melting point can also be altered. This change in the fatty acid physical property favors some cooking applications. For instance, Crisco, which was widely used for baking, is actually made up of partially-hydrogenated cottonseed oil. Before hydrogenation, cottonseed oil is liquid at room temperature; after hydrogenation, it is a solid at room temperature, but it melts upon cooking. Margarine is made in a similar fashion. This is a great demonstration of the role of intermolecular forces in determining the physical properties of a substance.