There are two basic types of waves: compressional and transverse waves. Compressional (e.g. sound) waves require a medium to travel, while transverse (e.g. light) can travel in a vacuum and are faster. This is why light travels faster than sound (think of thunderstorms: you see lighting before hearing thunder).

Electromagnetic radiation moves in a sinusoidal wave-like manner and is described by the properties of the wave. The length from the one crest (top) to crest or trough (bottom) to trough is considered 1 wavelength and is described in meters. The height from the center of the propagating wave to the top or bottom of the wave is called the amplitude. The amplitude tells us how much energy the wave has (for example think of a small wave at the beach compared to a tsunami) and it is measured in meters as well. The amplitude of a particular wavelength of light is a measure of the intensity or brightness of it. Another descriptor of electromagnetic radiation is frequency, which is the number of waves that pass through a certain point in a certain amount of time. Frequency is measured in hertz (Hz) after Heinrich R. Hertz who showed that light is a form of electromagnetic radiation. Hertz is defined as one cycle per second.

How does this help us understand rainbows? 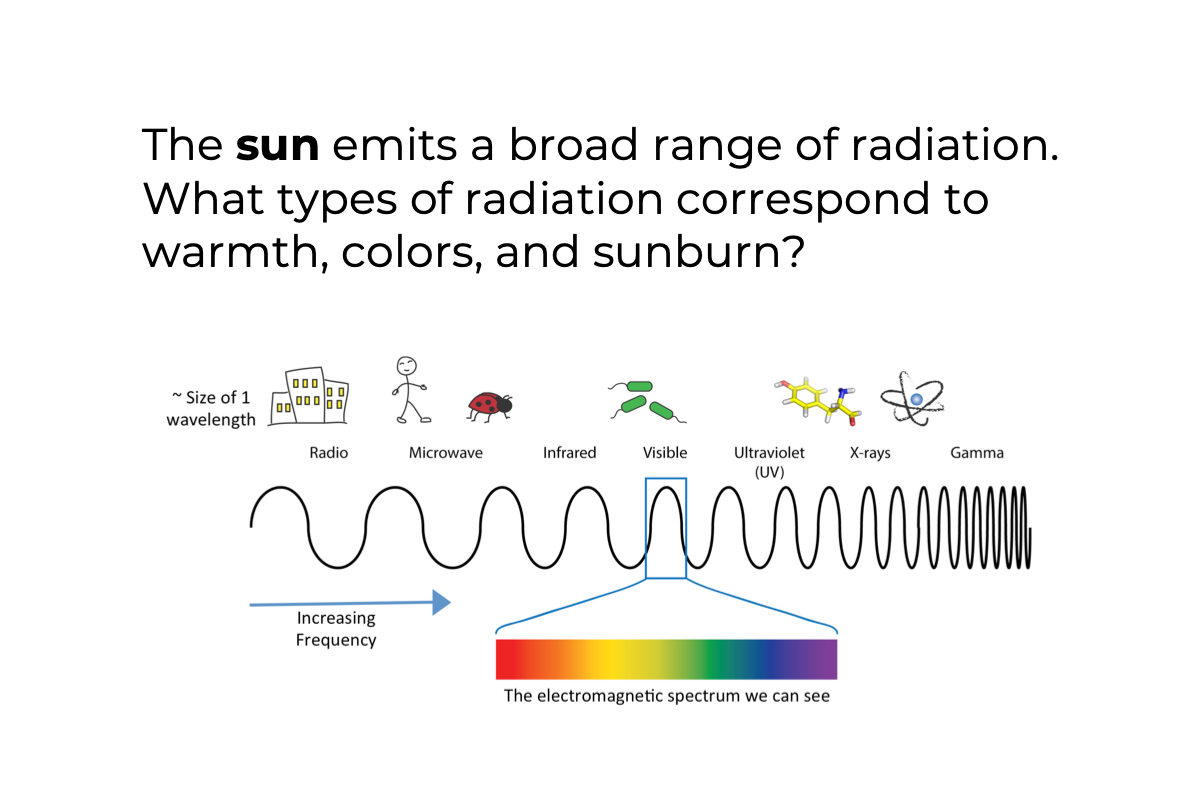 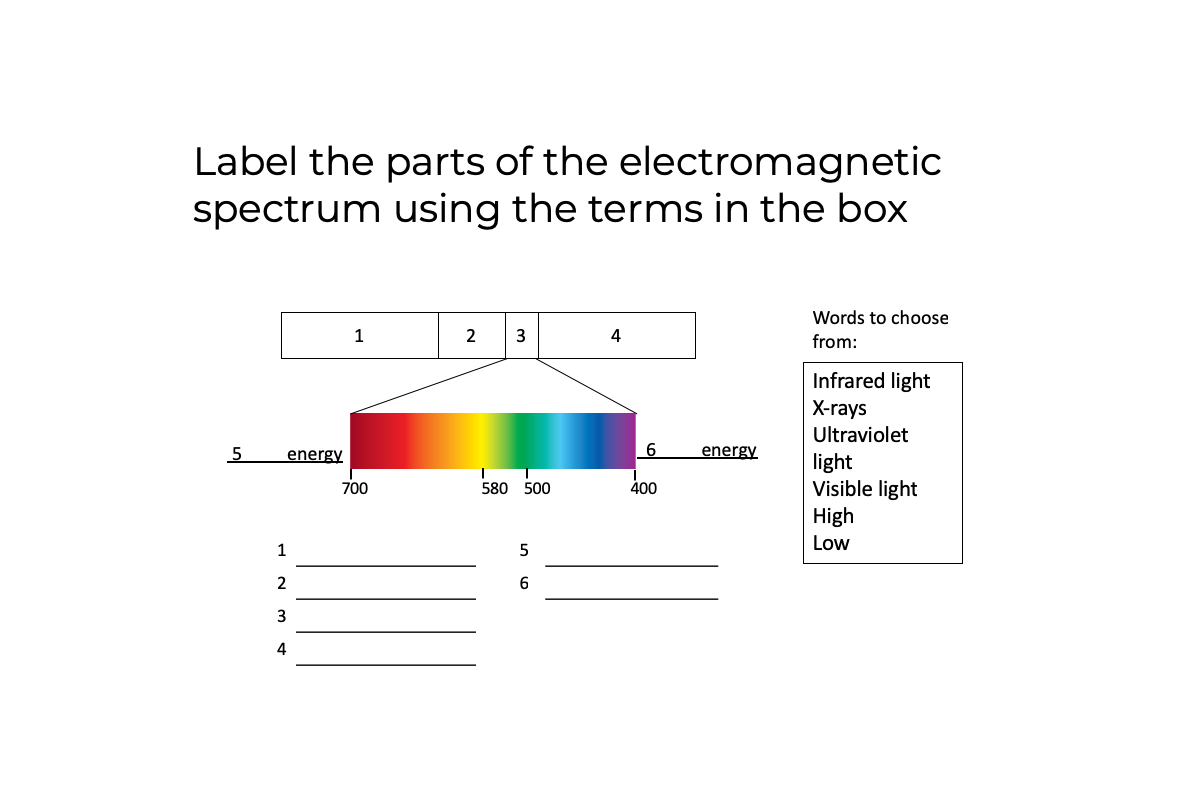 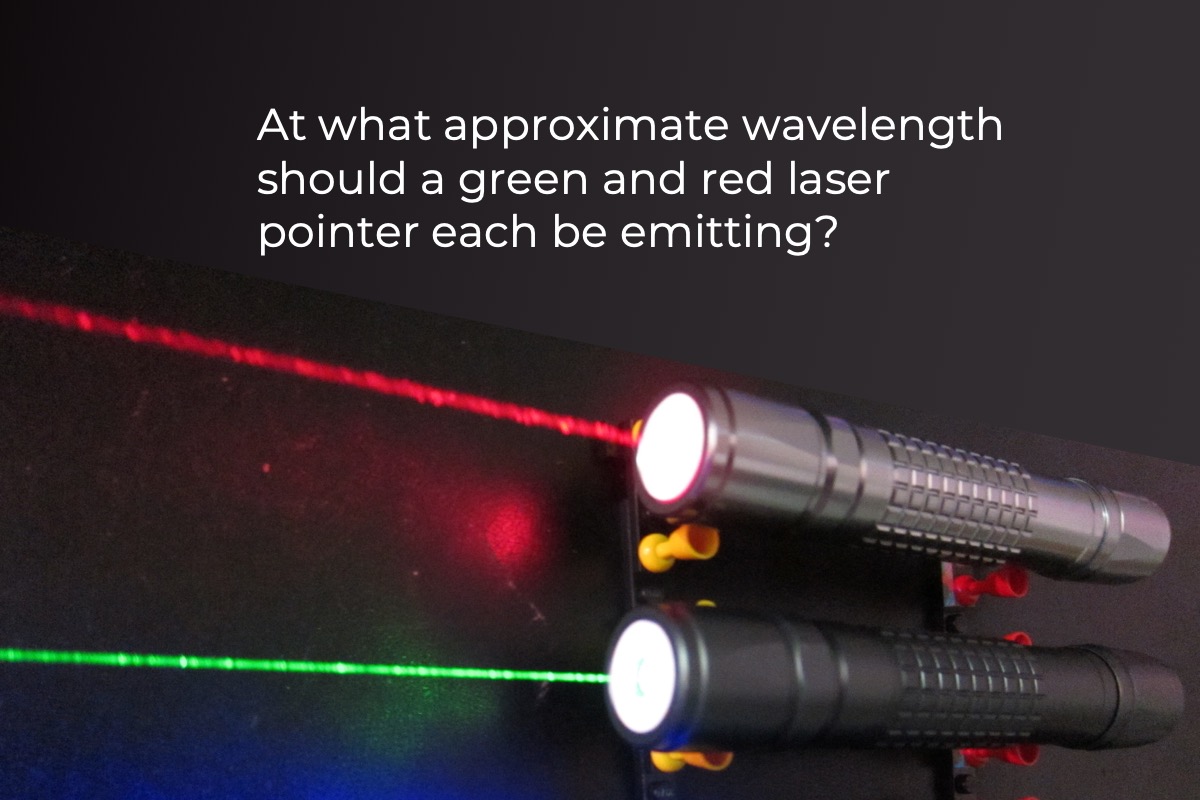 Next
Light Interacting with our Environment 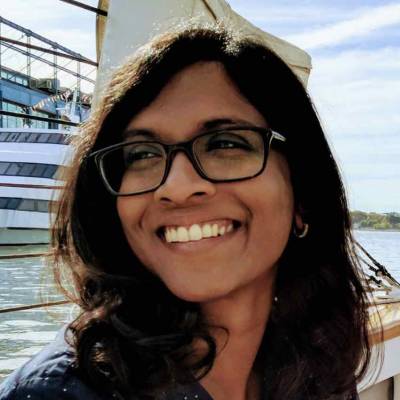 Visit RockEDU Programs at the Rockefeller University
Download
Files of Electromagnetic Radiation
Save to Google Drive
Files of Electromagnetic Radiation
Your download is opening in a new tab. Please allow a few moments for large files to process.
Download is incompleted.
Please Try Again.
Save is completed.
Saving is incompleted.
Please Try Again.