The physical landscape of soil is a mixture of solids, liquids, and gas. About 50% of soil volume is solid, and the other 50% consists of pockets of air called pores that are either empty, filled with water, or filled with living organisms. 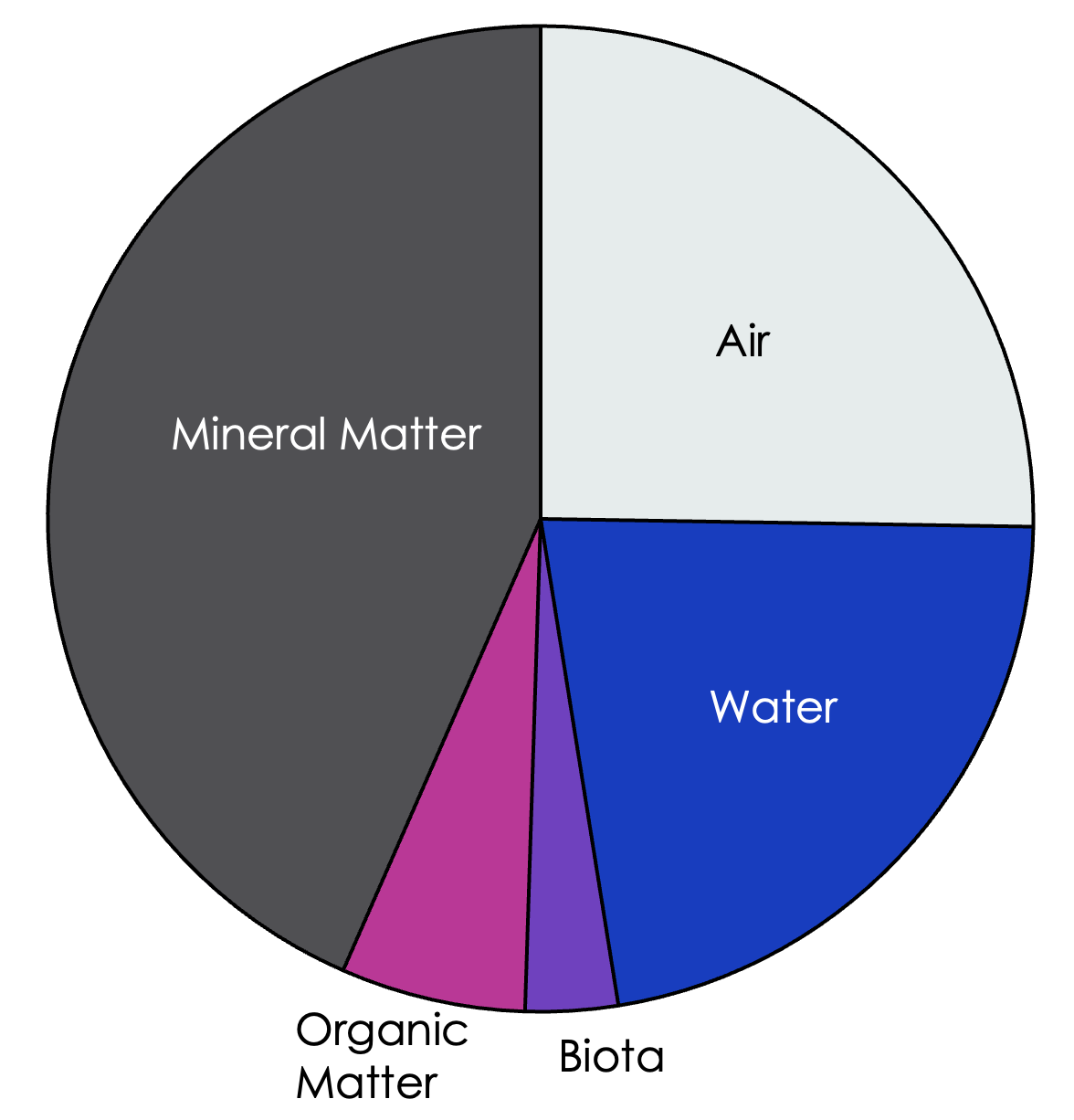 Figure 1: An example of the relative proportions of the components within a soil mixture.

The nonliving solids that make up soil consist of mineral matter (inorganic elements or compounds), and organic matter (carbon-containing compounds).

The proportions of water, pores, mineral & organic matter, and biota shown in the pie chart are a rough estimate of the general makeup of soil; these percentages vary from soil to soil and affect soil function. Here, we will discuss some of the most common physical parameters of healthy, productive soils – texture, structure, and porosity. 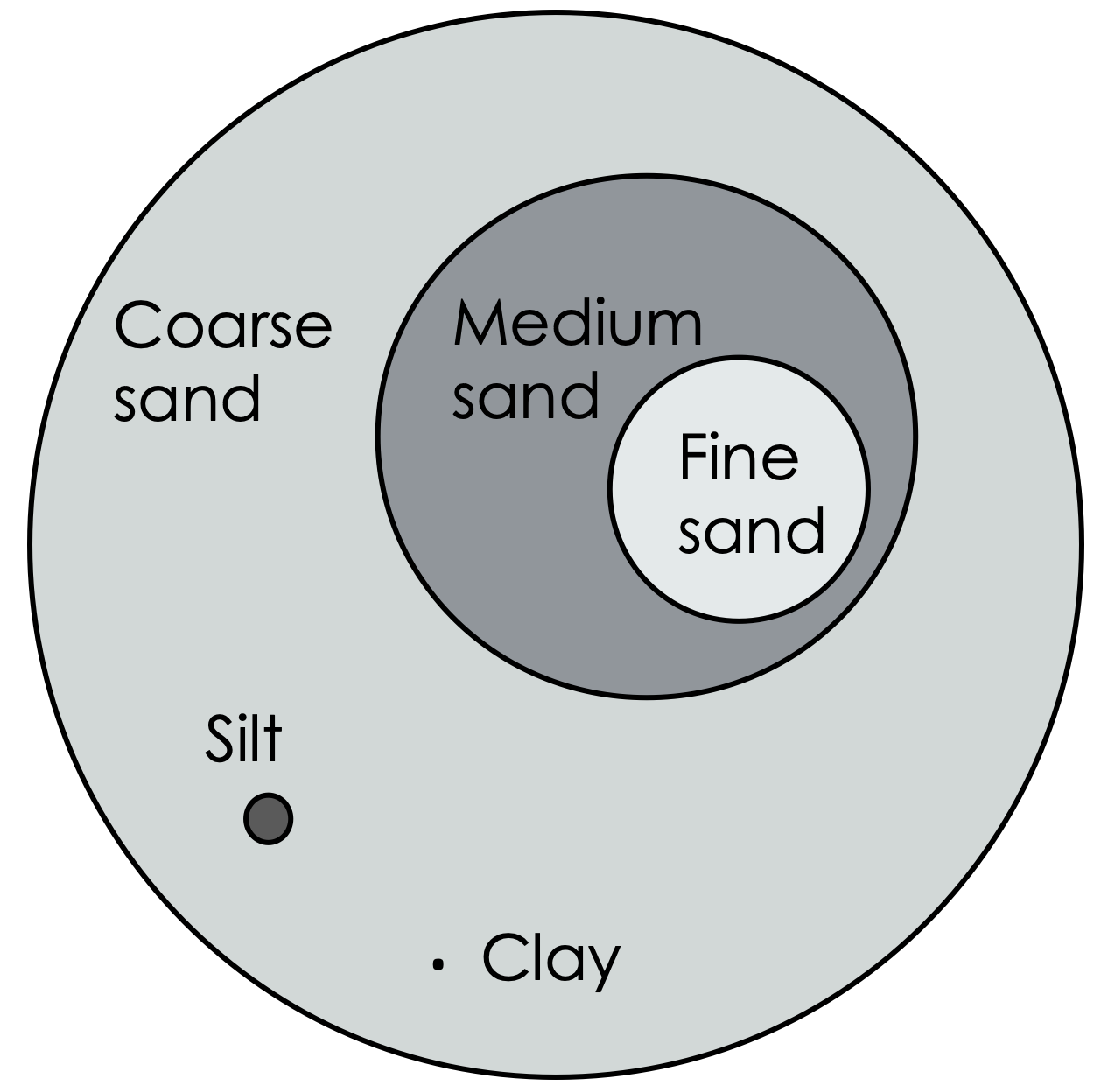 Mineral matter makes up the majority of the solids found in soil. Minerals are pure substances with a specific chemical structure (whereas rocks, with which you may be more familiar, are made of combinations of minerals). Some common minerals in soil include quartz, aluminosilicates, sulfides, and carbonates. In soil, these solids are categorized by size into three broad groups: sand, silt, and clay. 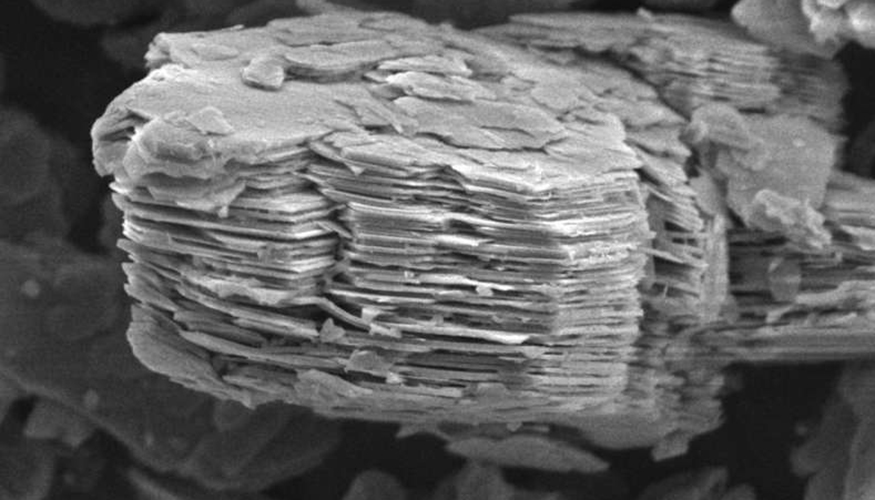 It is the relative proportions of sand, silt, and clay that determine a soil’s texture. 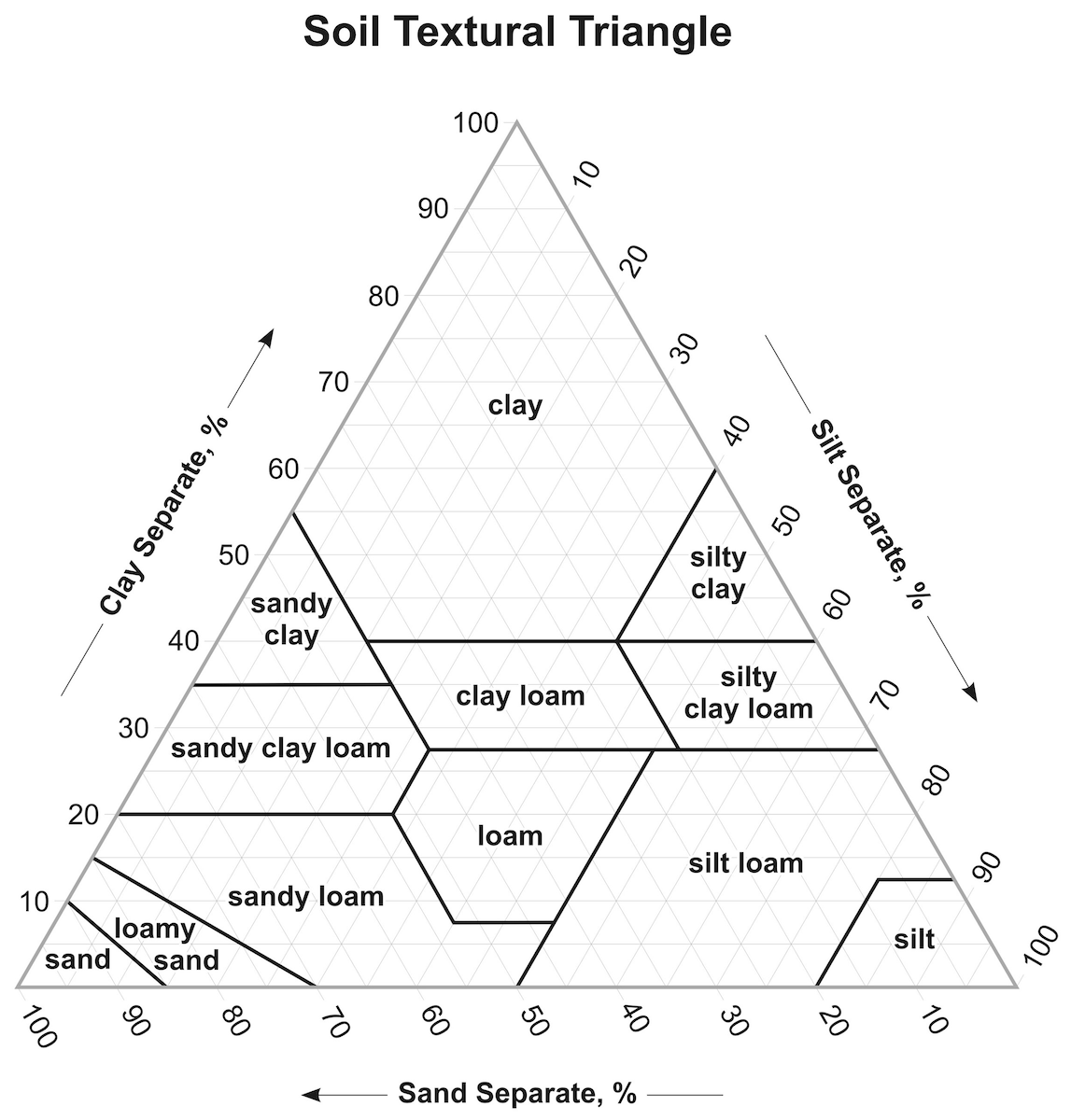 Figure 4: This texture triangle can be used to categorize a soil type based on the relative percentages of clay, silt, and sand. Follow the lines that run parallel to the zero-point for each component (and see the bold arrows as examples). Image from USDA.gov.

When the percentages of these particles are known for a soil, we can use a texture triangle as a tool to determine the texture of that soil. For example, a soil with 60% silt, 30% clay, and 10% sand would classify as silty clay loam. Texture is one of the most important properties of soil, and is directly related to a soil’s structure, response to drought or flooding, its ability to retain nutrients, and more.
But how do these particles – sand, silt, and clay – and their relative amounts affect the soil functions mentioned above? To understand this, we must look deeper at the physical and chemical properties of these particles.

Clay is particularly interesting out of the three particle types. Recall that clay is the smallest of the three, giving it the highest surface area-to-volume ratio. Additionally, as you can see in Fig. 3, clay is made of layered and platy particles, even further increasing its surface area. Importantly, this large clay surface is negatively charged, allowing for essential physical interactions with surrounding matter.

Let’s look at water as an example. Water is a polar compound, meaning its electrons are unevenly distributed across the molecule, giving it a partially positive end and a partially negative end. The partially positive end of the water molecule is electrostatically attracted to the negative charges on the surface of clay particles. While sand and silt also have negative charges on their surface, the impact is most significant for clay-heavy soils, since clay has such a large surface area-to-volume ratio. This means that clay-heavy soils are very effective at holding onto water. Sandy soils, on the other hand, drain water very easily due to the gaps between sand’s comparably larger particles. 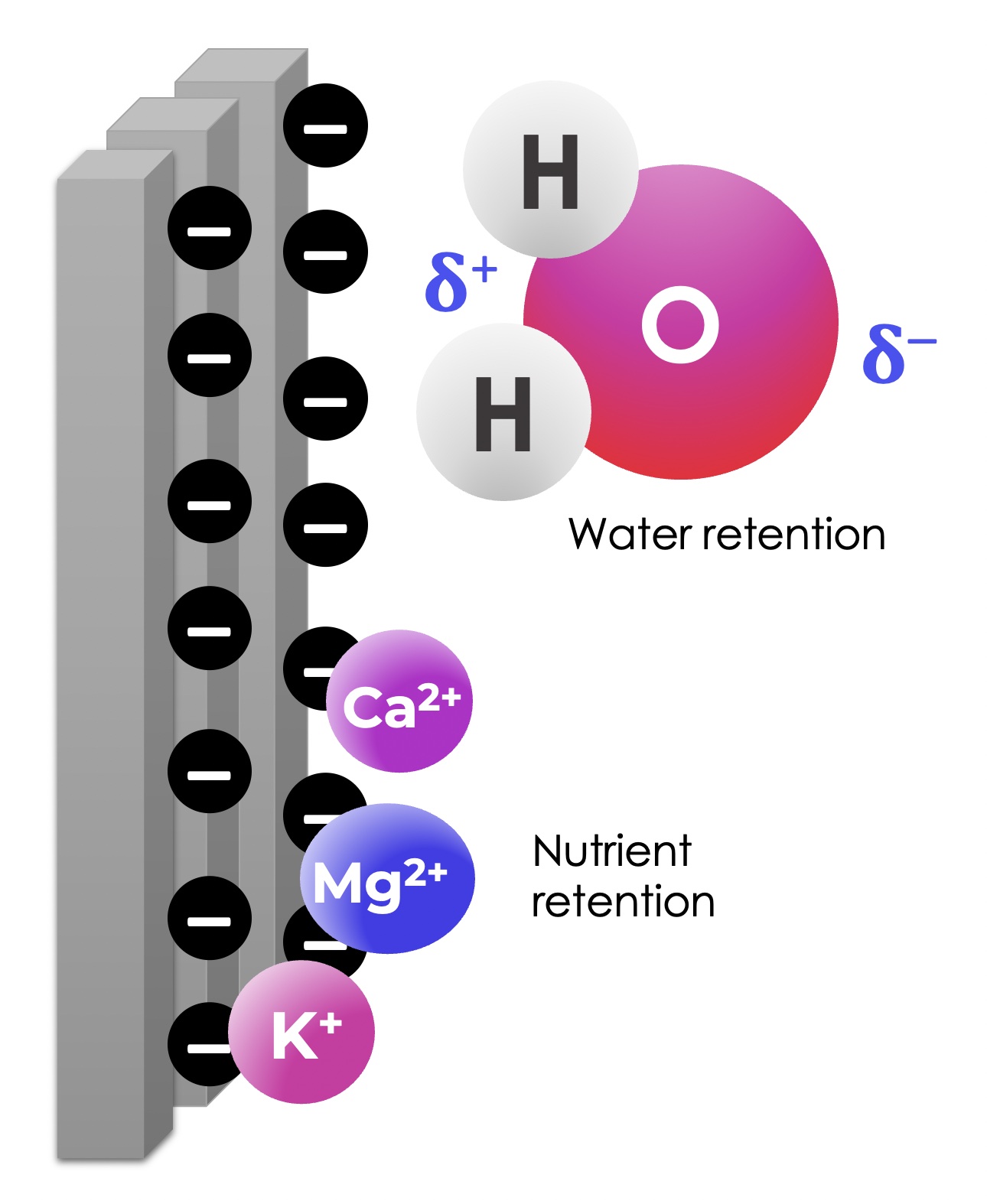 Figure 5: Representation of a negatively charged clay surface and its electrostatic interactions with water and cationic nutrients.

Many of the common nutrients in soil are positively charged metal ions. Some examples include calcium (Ca2+), magnesium (Mg2+), potassium (K+), sodium (Na+) and aluminum (Al3+). The negatively charged surface of clay also increases the soil’s ability to retain these positively charged nutrients. Clay therefore acts as a “pantry” for the soil, storing essential nutrients which are made available to the plant under specific conditions.

If clay is so important for effective nutrient and water storage, why don’t we grow our crops in pure clay? Read on to see why the ideal soil is a balance of sand, silt, and clay.

Imagine an area of land is in the midst of a drought. What kind of soil might be able to resist drought and keep plants alive? You may be thinking clay soils hold onto water best, so they’d be the best in a drought. While you’re partially correct, there is more to the story. If your soil is too high in clay, you lose what we call pores. Remember pores? They are the air pockets in the soil which should constitute about 25% of the soil’s volume (Fig. 1). However, if your soil has a lot of clay, those very fine, layered particles get very compact and the air space is lost. In other words, the smaller the particle, the smaller the pore size. Think about filling a garbage can with soccer balls compared to golf balls. There will be more space in between the soccer balls than the golf balls, and the same is true in sandy soils compared to clayey soils, respectively.

Now back to the drought – the problem with highly clayey soils is that water cannot infiltrate (enter) your soil effectively due to clay’s very small pore size and compactness of the soil. Therefore, in a drought you want soil that water can both infiltrate (requiring big enough pores), and also be retained (requiring smaller pores). Thus, the density (compactness) and porosity (pore content) of a soil, which affects functions like infiltration, is closely tied to the composition of sand, silt, and clay.
Water retention, as well as infiltration, is another example of the reason density and porosity is a key soil health indicator. Recall that one way a soil retains water is through electrostatic adhesion with clay particles. This is just one of many forces acting on the water in soil. Additional forces include gravity pulling water down through the soil’s pores, cohesion between water molecules, and capillary action sucking the water up plant roots. Where the water goes depends on these forces, and the effectiveness of these forces depends on pore size. For example, water in a very large pore will drain easily with gravity because the water in the center of the pore isn’t adhered to clay particles, and gravity overcomes cohesion between the water molecules. Water in a very small pore will be held tightly in the pore due to adhesion and cohesion outcompeting gravity. However, plant roots then have to compete with these forces as well, and are less able to draw in water from very small pores. Thus, a balance between macropores (large and air-filled), micropores (small and water-filled) is essential for a healthy soil.

Farmers must be aware of the physics of their soil to maximize crop productivity. The physical properties of soil – texture, structure, porosity, density, etc. – affect processes such as infiltration, erosion, nutrient cycling, and biologic activity. One real-world application of soil physics is the way farmers manage the irrigation of their crops. It is common to plant drought-resistant crops in drought-prone soils. These are sandier soils since sandy soils readily drain and evaporate water through their large pores. They will conversely plant drought-sensitive crops on soils that have higher clay and silt content, which can better hold onto water.

In the next section, you will learn about how these physical parameters relate to two more crucial chemical parameters: nutrients and organic matter. 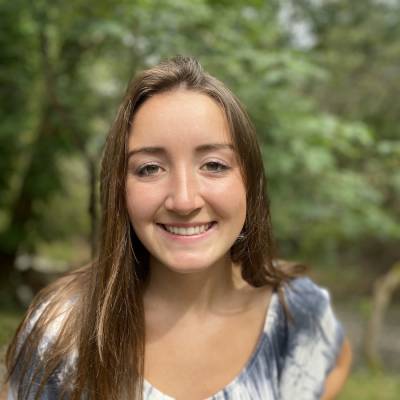 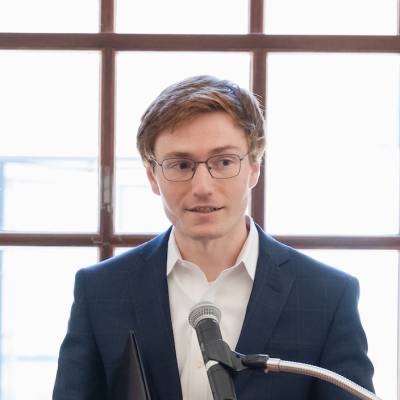 Karl is a systems biologist interested in complexity, and an environmental advocate