The accompanying discussion guide for this D4P event can be found here.

In this installment of D4P, graduate students Lindsey Lopes and Emily Costa present data on the possible interactions between human proteins and SARS-CoV-2 proteins, and how this information can provide clues into using drugs already on the market for the treatment of COVID-19. The presenters put this research into context by demonstrating the process—from molecule to medicine—for getting a drug on the market via FDA approval.

The styles of scientific reasoning used in this paper:

What you need to know:

The process of bringing a new drug into the market is long and costly (on the order of 12-14 years, and at a cost of over $2B). This has a lot to do with the numerous layers of testing required to ensure that a drug is both safe for people to take, and demonstrates efficacy (in other words, it does what we expect it to do!). Yet, while in the midst of a global pandemic, 12-14 years is a completely unreasonable timescale.

To get around the lengthy processes associated with new drug development for COVID-19, 125 researchers from over 20 labs in the US and Europe set out with the question, “What if we use a drug that is already on the market to treat COVID-19?”. If an existing drug can be used, it would speed up the process of approval (since these drugs are generally known to be safe, having gone through clinical trials already), and would be a great help to people living through COVID-19. Thus, the work described in this paper represents the first steps in seeing if our current arsenal of medicines can be repurposed.

The following are the key terms defined in this D4P presentation, and are important for understanding the data presented.

If DNA represents the “instructions for life”, then proteins represent the “workers” who see these instructions through. Sometimes a protein can do the work alone, but most of the time proteins need to interact with other proteins — in a specific manner — in order to get their work done. Protein-protein interactions are described as highly specific, physical contacts between 2 or more proteins that are held together through intermolecular forces.

Viral tropism refers to the ability of a virus to infect a particular cell type, tissue type, or species. For example, a virus might only be able to infect epithelial cells but not muscle cells. Or, a virus may only infect lung tissue but not brain tissue. Or, a virus can only infect rabbits but not humans. Host factors (traits specific to the host) are very important for viral tropism, and account for host susceptibility to infection with a specific pathogen. For example, the ACE2 receptor is the human “host factor” that allows for SARS-CoV-2 infection.

In order to go from molecule to medicine, there are a number of different steps that need to be taken. In preclinical studies, researchers use non-human models (i.e. animals and cell culture) to predict how a drug candidate might behave in humans, and to determine a safe dose range for next steps. Once shown to be non-toxic and efficacious in model systems, the FDA will give permission to test the drug in clinical trials (i.e. give it to humans). Clinical trials exist in 3 separate stages (Phase I, II, & III), and a drug must pass all benchmarks–centered on safety and efficacy–in order to gain FDA approval. When a drug is FDA approved, it can be prescribed to a patient to treat the intended symptoms or disease. After FDA approval, more details about the human response to this drug is determined in a phase IV clinical trial.

Isolating molecules from our cells and tissues is a fairly straightforward process. However, knowing the identity of these molecules is more challenging. There are many ways in which scientists learn the chemical identity of molecules, including mass spectrometry (often referred to as “mass spec”). To discover the chemical identity of a sample–which can be a solid, liquid, or a gas–using mass spec, the sample is “shot”with a beam of electrons. This high energy input breaks the sample into its individual ions. These ions are then sorted based on both mass and charge, and each group of ions–including the relative quantity of each ion species–is detected and represented as a spectra. Scientists can put together the information in the spectra to determine the identity of the starting material.

In this paper, the researchers used mass spec to learn the identity of each individual human protein that was found to interact with one of the SARS-CoV-2 proteins.

Em is a 4th year PhD candidate at Weill Cornell and a lung cancer researcher at Memorial Sloan Kettering. In this role, she studies how drugs that disrupt our cell’s response to DNA damage might improve the effectiveness of immunotherapy in small cell lung cancer. Before starting grad school, Em worked at various pharma and biotech companies in the Boston area and got her undergraduate degree at Northeastern University. When she’s not in the lab, you can find her writing and podcasting about science, making cyanotypes, or tending to an ever-growing family of houseplants. 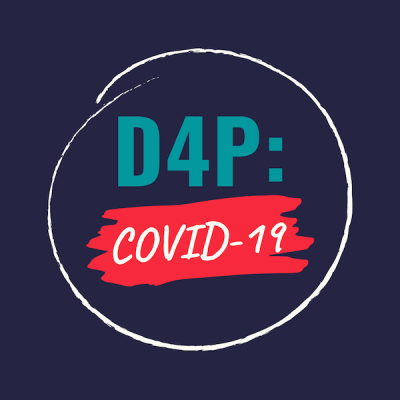