One study estimated that worldwide in 2014, bioscience labs produced 5.5 million tons of plastic waste. This equates to 1.8% of total global plastic production, despite the fact that medical scientists and life scientists make up only ~.04% of the population in the United States. As highly educated individuals, how can we possibly rationalize this waste production? Greta Thunberg urges politicians to “listen to the scientists,” but not all of us are leading sustainability efforts by example.

As a bench scientist, I tend to compartmentalize my laboratory resource consumption separate from everyday waste. I am mindful about using reusable mugs for my coffee but don’t think twice about tossing away a plastic weigh boat I used only once.

Despite putting a great deal of thought into experimental design, I have spent years neglecting opportunities to reuse and recycle laboratory materials. In part, this was due to my superstition that reusing plastics would compromise my experiments. Though my precautions were appropriate when working with sterile reagents and samples, much of the work I’ve done doesn’t require sterile conditions. 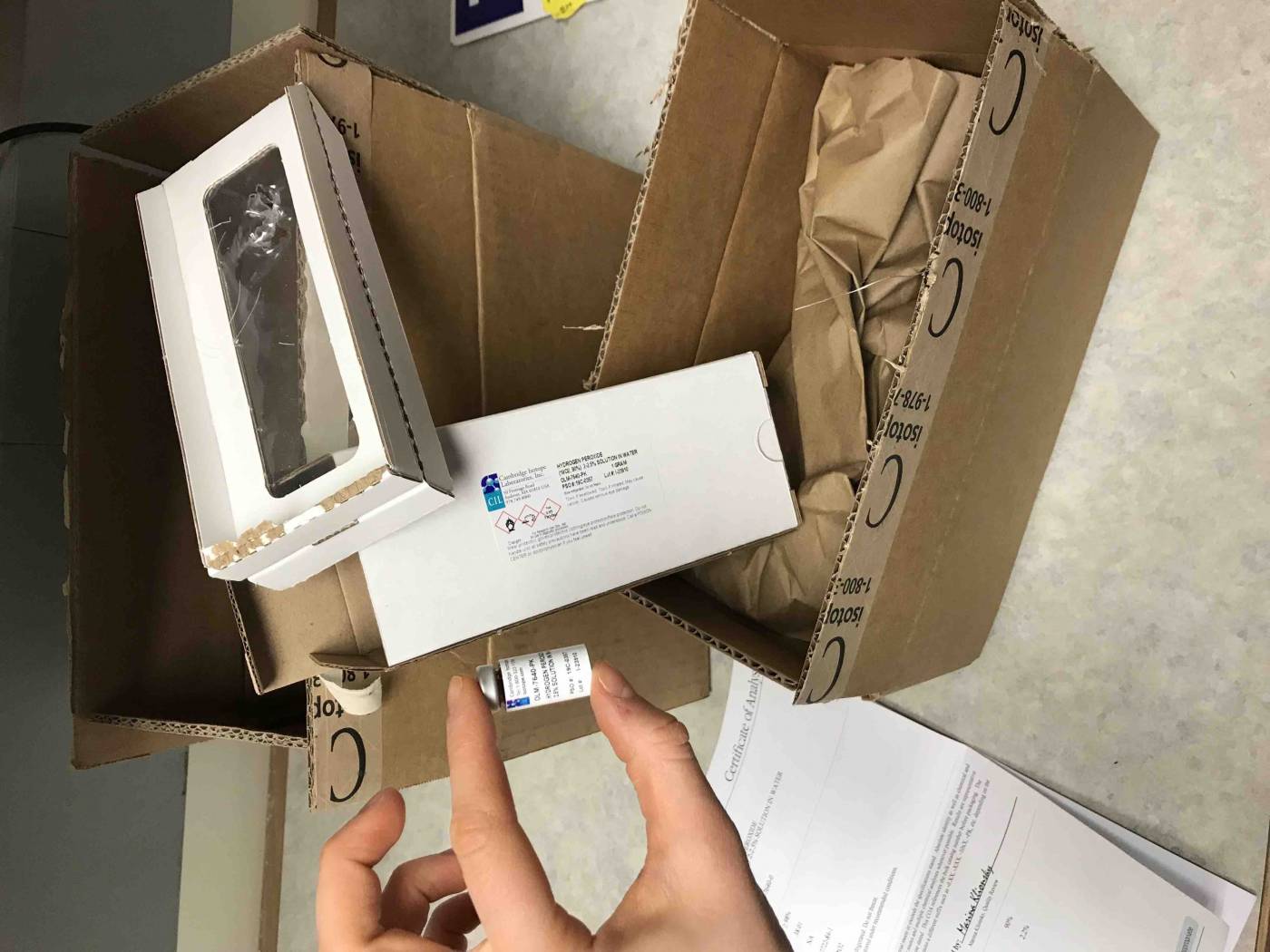 Pictured above, Audrey demonstrate the huge amount of shipping materials used to transport one vial of hydrogen peroxide.

My first wake-up call to this came last summer, as a Rockefeller SURF student in Agata Smogorzewska’s lab. I was doing a lot of cell culture experiments and counted cells using the same Coulter Counter I’d used in a lab I worked in previously. However, in Agata’s lab, people bleached and reused the cups used to dilute their samples for counting. In my previous lab, people tossed them after one use, and I had accepted this practice without questioning it. I should have been questioning and striving to understand the reasons behind everything I do. What else had I been unnecessarily trashing?

Much like the scientific process, I try to optimize my routines over time, but have been slow to realize new opportunities to practice sustainability. A major reason for this is that when I’m planning and executing experiments, my mind is focused on the molecular biology rather than the science of sustainability. And when a protocol works, I’m hesitant to change it. For months, I used brand-new plastic Falcon tubes to prepare blocking reagents for western blots, only to incubate the membrane in a box I’d re-used ten times before. I didn’t realize the irrationality of what I was doing until I reflected on my practices from a different perspective. Now, I rinse out the same tube or use a glass beaker to mix my reagents.

Certain everyday habits are easy to form because there is a widespread precedent, and we can learn simply by observing others. Using reusable shopping bags for groceries and reusable mugs for beverages has become common. However, especially in laboratory environments, there are easy sustainable practices that haven’t been considered or attempted and are thus overlooked. Or, as in the case of the Coulter Counter cups, sustainable lab culture is rarely communicated between labs and institutions.

I find that it’s difficult for me to think of ways to “go green” when my mind is occupied with outcome-oriented experimental design, execution, and data analysis. Troubleshooting experiments is difficult enough without throwing in another factor that isn’t even relevant to my results. Rather than fighting to change my strategy of compartmentalization, I instead use some of my time away from the bench to think and talk more creatively about sustainability. And, rather than reinventing the wheel, I read articles that suggest easy ways to go green. Rockefeller’s science communication and media group offers excellent tips on how to reduce waste in the lab, office, and everyday life.

A quick Google search revealed a multitude of avenues to pursue and organizations that ease the transition to sustainable research. TerraCycle, a company that specializes in processing difficult-to-recycle materials, provides shipping services for sharps, pipette tip boxes, and all types of disposable gloves. They also offer hundreds of free recycling programs for non-laboratory materials.

Being mindful about materials helps me optimize experiments in more ways than one. I’ve found that reviewing my experimental process step-by-step with different considerations and priorities on my mind reveals insights and questions I wouldn’t have thought of otherwise. For example, understanding why I should use perfectly new and sterile materials for RNA extraction reminds me to also add RNase inhibitors to my buffers. In this way, I am forced to think more critically about each step of my protocol, improving downstream troubleshooting and reproducibility. Sustainability quickly became harmonious with other important aspects of science.

Though my efforts as one person might not be very impactful, contributing to a change in culture might be. I hope to one day have my own lab at an academic institution, and expect that by then it will be the norm to conscientiously minimize waste. By practicing sustainability now, I’ll be better equipped when I go green at a larger scale. 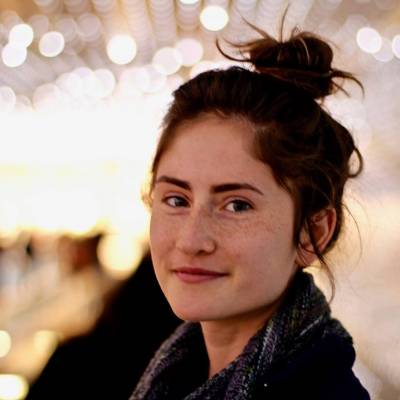 If your K-8 kid is interested in science, microscopes, or ants, consider registering them for Science Saturday @RockefellerUniv on May 8. @rockedu_ presents microscopes at 11am EST and ants at 1pm with yours truly.

Interested in learning about equity in mentorship and what it means to be a good mentor? Check out thus event that we’re co-sponsoring with @rockedu_ BIOME! It’s at 1pm on April 28, hope to see you there! https://t.co/BFVjVG2wcB

Our mentorship edu community, BIOME, is hosting its first co-sponsored event w/ the Rockefeller inclusive Science Initiative @ru_risi. Open to all members of the
@RockefellerUniv community. Learn about equity in mentorship & opportunities to get involved! https://t.co/ag7dkmr8rW

The Laboratory of Social Evolution & Behavior @RockefellerUniv in Manhattan is looking for a long-term, full-time Laboratory Technician for ant maintenance. Please RT, and apply if you would enjoy taking care of ant colonies in a research environment: https://t.co/lba1hjsVJh

@ASBMB Hey! I’m Odaelys - scientist/educator at @rockedu_ in NYC 🏙. I’m a member of @ASBMB science outreach and comms committee. Also a microbiologist/immunologists by training who is actively involved with other science outreach initiatives in my spare time. #ASBMBSciOut