My feet lightly kicked under the square wooden table, one of many crowding the large dining hall. On either side of me there were faces which I did not recognize, engaged in lively conversation. Their eyebrows lifted in rigorous intellectual debate and their quick hands made tornados of stuffy air with vibrant gesticulations. I sat in Yale’s Jewish center, Slifka, along with two hundred other students gathered for Friday night dinner. It was my first weekend at Yale.

Most Friday night dinner table conversations (and often even the weekday conversations) of my peer group at Slifka, revolve around philosophy, comparative religion, and English. Politics, occasionally. Don’t get me wrong, these are wonderful topics that I am grateful I get to learn about from my knowledgeable peers.

When I started my first semester at Yale, I was enthused to meet passionate students with whom I would learn, grow, and forge unexpected connections. However, after my first few weeks as a first-year, it seemed to me that I was the defect in that dream. I learned an enormous amount from my peers, probing them to explain Hegel or Kant, and absorbing the explanations they provided. However, I never found myself on the contributing end. I felt as though the Chemistry I studied was burdensome and lonely, of use only for the occasional exam.

Of the few science majors who could be found at the table each Friday night, few, maybe none, ever brought up their studies or research. It was not until a few months into the semester that I discovered that my friend, Miryl, was interested in nuclear chemistry, or that Daniel was passionate about computational biology. Conversely, I had long ago discovered the majors and interests of many Humanities majors. 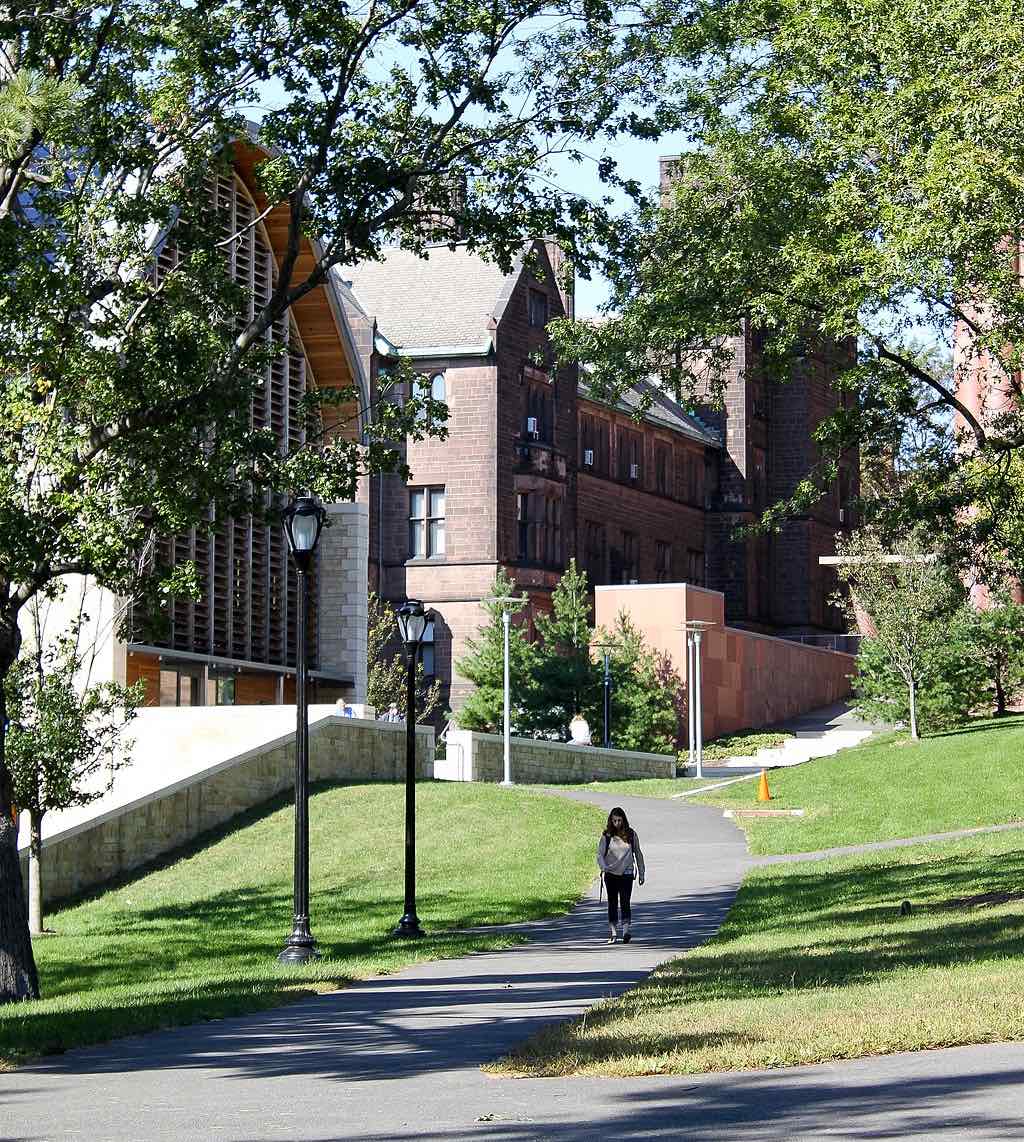 The next Monday, I walked up “Science Hill,” the name given to the long street housing the physics, chemistry, engineering and other science departments at Yale. I glanced at the students near me, dragging heavy bikes or zooming by on electric scooters, and wondered if they had experiences similar to mine that weekend. Did their passions also remain dormant in the classroom, too dense to reach the dinner table?

After about a month of college, I decided to meet up with some students with whom I completed the Rockefeller Summer Science Research Program during the summers of 2017 and 2018. We met up for tea in the common room of one of our suites, and discussed our classes, our interests in research and public health, and bonded over our memories of Rockefeller and the warm days we spent roaming New York City post-lab. It was the first time of many where I encountered science in a creative, social space at Yale.

After that night, I began noticing more places where science flourished in conversation. For example, I attended the “Mentor Matchmaking Sessions,” hosted by the Science Education Dean, Dean Chang. The event is the equivalent of speed-dating for undergraduates looking for a laboratory. At the event, I sat next to my suite-mate, Amrita, and we both became palpably excited about virtual reality for flies and the discovery of “jumping genes.” When Dean Chang passed by us (after a series of 2-minute presentations, and on the way to the “mingling” stage of the speed-dating), he turned and exclaimed, “Such cool research right? Come eat pizza with us!”

Being in these spaces re-awakened my forgotten love for scientific discussion. My friends and fellow students are incredibly passionate and curious about their intellectual pursuits, frequently discussing their academic interests, yet science rarely mounts the conversational pedestal. Experiences like Rockefeller’s SSRP and those at Yale thereafter taught me that this need not be so. But why so often is it?

The most common answer my peers have given is “accessibility.” That science is alienating because it’s ripe with jargon and concepts unfamiliar to many. However, finding myself surrounded by philosophy that first night at Slifka, I did not feel much differently about the humanities. Some may think that science is inherently too “boring” for cocktail-hour chatter. Why, though, don’t the science-lover-majors even openly discuss their passions?

From atomic theory, to exoplanets and aliens, to crystals and the micro-world, science is wondrous. It’s teeming with curious conversation and shocking mystery. Science reveals the paradoxes of our universe; new philosophies arise from quantum mechanics and the abstract propulsion of our world towards entropy. I do not know why science is talked about less frequently in my social circles–perhaps it is only because the contingent flow of history has established certain conversational norms. But these norms are not unalterable. Like everything in history, dialogues shift. These past months, as I’ve consciously tried to plant seeds of conversation about the Big Bang or viral fusion, I’ve noticed that those seeds grow, and I have hope for the direction of history and the change of these norms.

Visit RockEDU Programs at the Rockefeller University
Download
Files of Science from the Shadows
Save to Google Drive
Files of Science from the Shadows
Your download is opening in a new tab. Please allow a few moments for large files to process.
Download is incompleted.
Please Try Again.
Save is completed.
Saving is incompleted.
Please Try Again.
Review has been sent.
Review wan't sent due some issue.
Please, try again later.