“This is the century of science”, a young undergrad in Philosophy asserted. We were two strangers, traveling together via car sharing. I, a PhD student living in Verona, en route to see my partner—another PhD student—in the Swiss Alps, and she, a young undergraduate quoting her favorite Philosophy professor. “Wow!”, I thought to myself, “I am about to become a real scientist and I didn’t know!”. There had been a century for arts, one for geographic discoveries, one for inventions, and this was the century of science. After that weekend, as any diligent graduate student, I got back to my business. Although I never forgot that sentence, I didn’t know what to do with it either.

Two years later, I joined The Rockefeller University as a postdoctoral fellow. The University’s motto is: “Science for the benefit of humanity”. I thought this was a great way to look at science, and I hoped that I could offer my modest contribution. With my unique access to state-of-the-art facilities, funding and top-level researchers, I found myself deeply immersed in science. But, I also felt disconnected from the society around me. I found myself wondering, “Where does science meets humanity?”.

The Rockefeller University’s Science Diplomacy course helped me find an intersection between science and society. Thanks to Jesse Ausubel, Mandë Holford, and the generosity of the Hurford Foundation, I discovered the field of Science Diplomacy. Although science diplomacy has existed for a while, it has only recently become formalized. It’s not surprising that most people, and scientists as well, are not aware of its existence and power.

Intrigued by this discovery and inspired by the tremendous speakers that Mandë and Jesse had brought to The Rockefeller University, I decided I wanted to know more. With the support of the Hurford Foundation, I applied to the Science Diplomacy Course jointly organized by the American Association for the Advancement of Science (AAAS) and The World Academy of Science (TWAS) in Trieste, Italy 20-24 August 2018.

The Science Diplomacy course in Trieste taught me the ways in which science can interact with the world, and how a dialogue can be promoted between the two. In this course, we had excellent speakers, were afforded hands on training with practical simulations and developed a passion for science diplomacy bolstered by a network of likeminded scientists and diplomats. 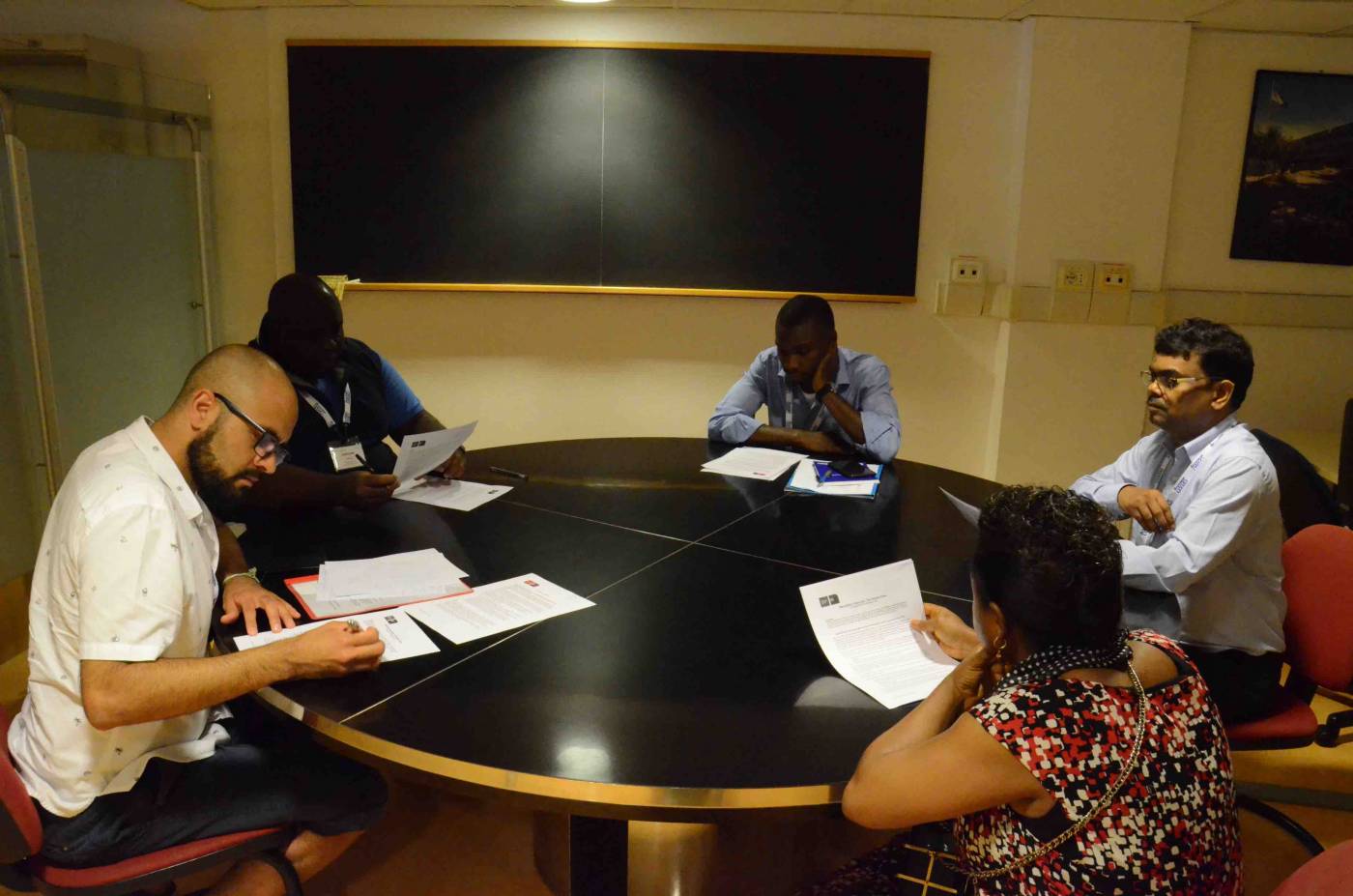 Speakers from the UN, UNESCO, NGOs, and Universities discussed in the different facets of science diplomacy.  The many ways in which science and diplomacy were presented ranged from science being consulted on topics such as the use of chemical weapons [1], science contributing to informed decision for global health [2], science connecting countries whose political relationships had been frozen for decades, like in between China, North Korea, the US, and Europe [3]. In each talk, we could feel the vivid experience of the key players working at the forefront of science diplomacy.

Knowing about science is not enough to be a science diplomat. One needs to utilize skills from politics, economy, communication, and many other fields. How would you react to an Ebola outbreak if you were in charge at the UN? How would you behave if you were a leader in the country where the outbreak started? What if you represented a neighboring country at risk of importing the virus? Or a distant country with many tourists in the area? We worked in teams representing the different parties and staged a UN meeting to discuss the best practices to apply. Amidst these discussions, we got deeply involved; doing our best to guarantee safety and support every partys’ needs. This was one of the many activities that helped us to think practically, react quickly to unexpected events, and converse with people that had different background, interests, and attitudes. Engaging in science diplomacy is not easy task, but it helps us see the multitude of interests operating in our complex society. 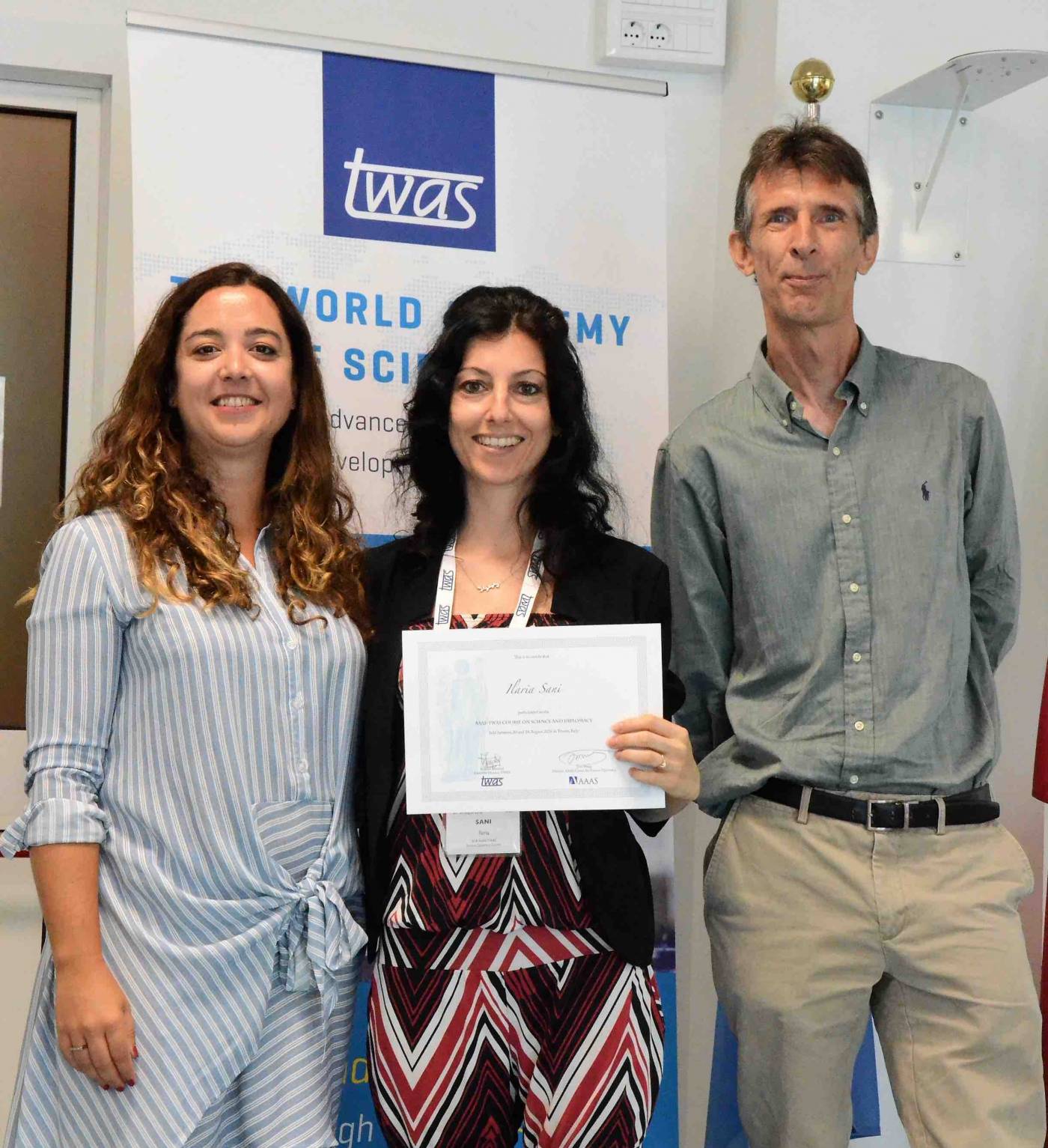 The Science Diplomacy course selected interested scientists from across the world (including Argentina, Germany, India, Ethiopia, Mexico, Ghana and Philippines). This was a true melting pot of ideas, visions, experiences. But it also came along with complex challenges and urgent problems. Sharing our time and space for meals, relaxation time and deep thought were both a bonding and enriching experience. We soon realized that the essence of science diplomacy was in the multidimensional dreams and aspirations of each and every one of us.

Now we are part of the AAA-TWAS Science Diplomacy alumni. We update each other about our personal challenges, including successes and failures. We talk about news and opportunities within the science diplomacy world. Sometimes we get to meet each other at national and international meetings. We stay in touch with the speakers that have guided us into the world of science diplomacy. We are building a multi-pronged network for science diplomacy. 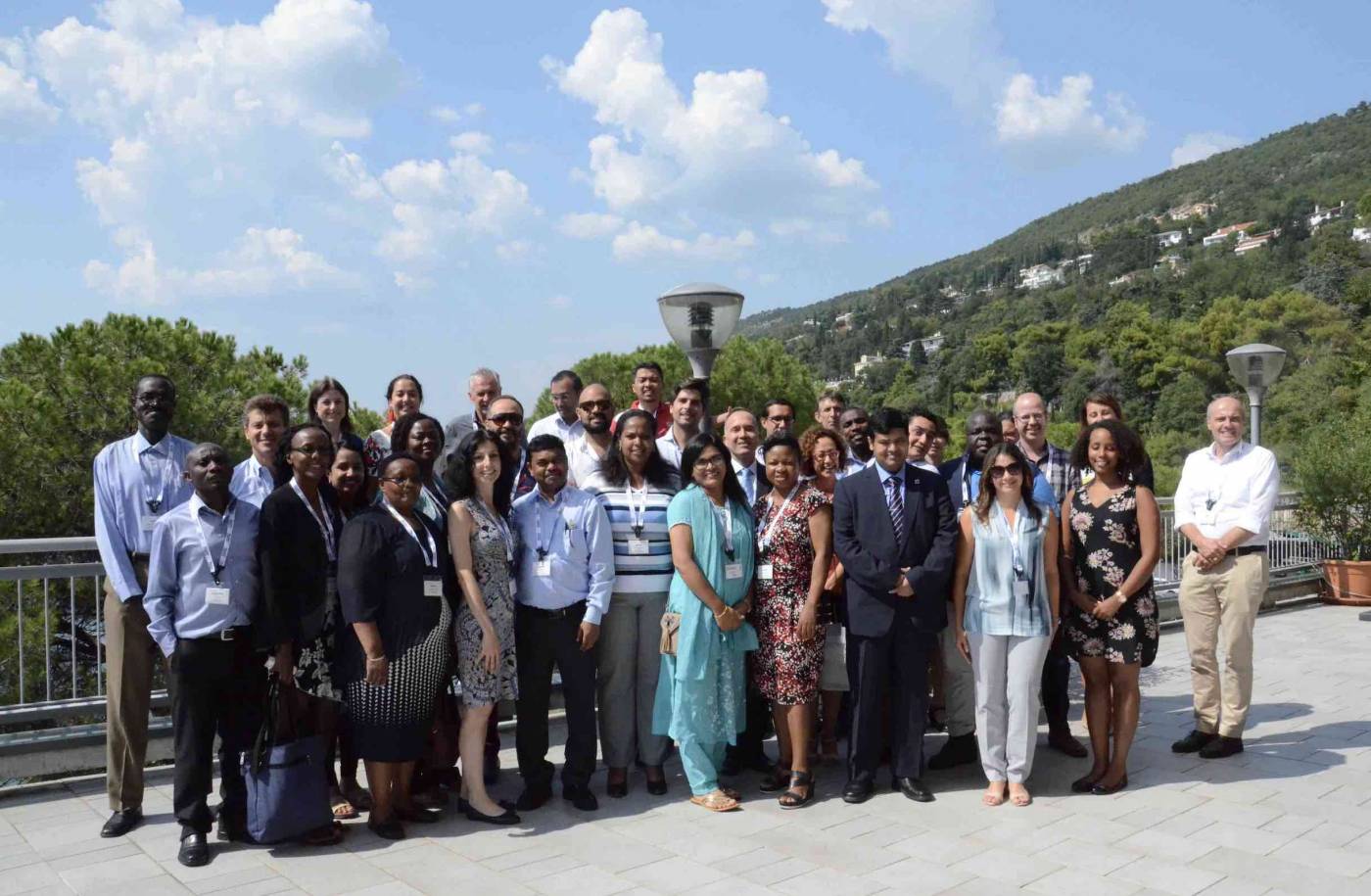 Is the society ready for the challenge of putting together science and diplomacy? There is still much work to be done. All scientists should commit to conducting research for the benefit of humanity, as the Rockefeller motto prompts. This should be part of their training. On the other hand, society has to become more aware of how much science is part of our lives. Science is in our cell phones, in our surgeries, in the way we move and in the way we eat. Science is in our present and should thus take part in the decision processes shaping our future. Science diplomacy will bridge the gap between science and society. Its mission is to support the change we wish to see in the world.

Ilaria Sani, is a neuroscientist and Leon Levy Postdoctoral Fellow at The Rockefeller University. She studies the neural mechanisms for attention, the brain function that links the outside world with our internal mental state. When she’s not doing science, Ilaria trains other scientists in the Art of Science Communication for the American Society for Biochemistry and Molecular Biology. In her free time, she trains her attention by doing yoga and has recently become a yoga teacher for children. 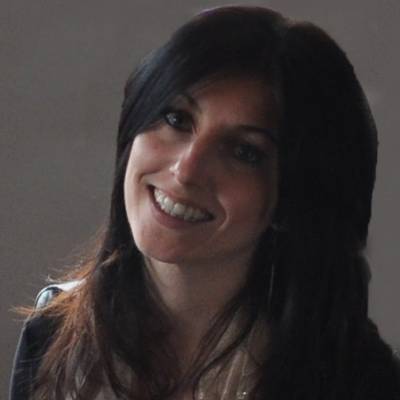