A cultural hub where those of diverse backgrounds can come together — share ideas, try novel foods, delve into traditions. A dynamic hotspot, one which citizens feel drawn to and participate in. It is in cities — ranging from up and coming New York to technology driven Seattle — where exploration thrives. The unconventional is encouraged and the status quo is disrupted.

Although organized into compartments, cities do have their spontaneous portions; they are sprinkled with unpredictable flecks of history and modernity. With intersecting streets at every junction, cities embody both a chaotic and orderly feel. The hustling public and modern architecture characteristic of cities resemble the thought processes used in scientific study. City organization mirrors the arrangement of thoughts during an experiment. Town council meetings are parallel to collaborative lab meetings filled with constructive feedback. Recreational parks bound with childhood memories coexist with the excitement attached to a new discovery! Science has interdisciplinary themes which intersect with the scenes we are surrounded by on a daily basis. Elements of scientific ideology are embedded in the windows of cities which we explore. Let’s dissect the anatomy of a city!

Traditionalists and pioneers of novel ideas hold their place in modern day Milan. As history is intersects the innovative spirit and free mind of residents in Milan, the traditional field of neuroscience is converging with the rising realm of Artificial Intelligence (AI).

A city of extremes — one marked by tradition and flecked with modernity. For many years, the architecture and policy in Milan has been dictated by history and ritual. Walking past the breathtaking Pinacoteca di Brera, an ancient art gallery located in Milan’s “artists neighborhood,” residents find themselves lost in the stunning neoclassical building and collections of paintings dating from the Middle Ages to the Romantic period. Completing their stroll in the Orto Botanico, a secret botanical garden created by the city’s founders, citizens experience a wind of peace in the city centre. Along with sparks of history, Milan is streaked with innovation and novelty. Milan is slowly being catalyzed as a design city through interdisciplinarity in industry. Design seems to absorb and bleed into art, publishing, food, and galleries. With the rise of flexible workplaces, studios, and exhibition spaces, younger students are finding more reasons to remain in Milan.

As modernity and tradition permeate through the streets of Milan, the traditional field of neuroscience is seeping into contemporary artificial intelligence (AI). Researchers in neuroscience and AI are looking to find a common language, allowing a free flow of information that will allow continued progress on both fronts. Neuroscience provides a rich source of inspiration for “new types of algorithms and architecture to employ when building artificial brains” (Frearson 2017). Neuroscience complements AI by introducing biological computation which is critical to cognitive function. Tradition and novelty — in both Milan and neuroscience — fuse to innovate and further progress cities and fields of study. 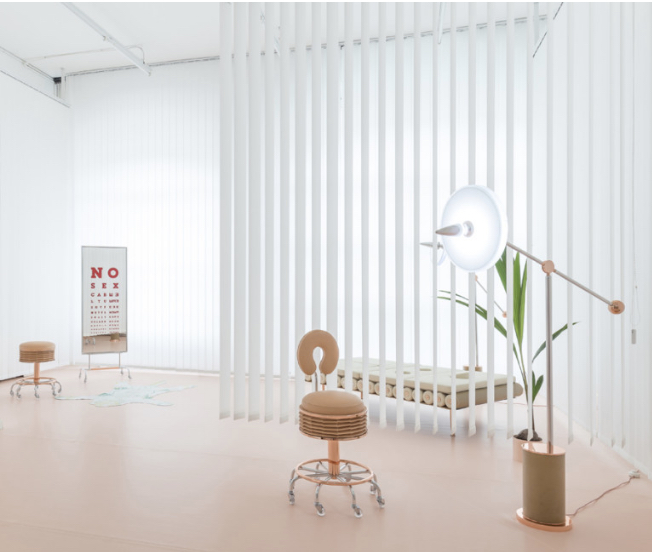 Pictured above is an area of the 2016 Salon de Mobile, by Atelier Biagetti, a design studio in Milan that doubles as a popular exhibition space (“The World’s Best Design Cities”, 2017).

Symmetrical simplicity characterize the next pair. Just as a city can reflect balance with buildings and statues on either side of a street, parts of the human body have been designed to optimize function through symmetry. Delivering nutrients to both sides of the body, the heart must embody the notion of stability and steadiness.

Women dressed in traditional Indian sarees line the streets as they await their turn for the well. Balancing clay pots on one hip and younger children on the other, they gaze into the distance as their city transforms into a metaphorical human body. The ‘head’ of Chandigarh is contained in the capital complex whereas the ‘heart’ is the commercial centre. The lengthy arms are captured by the academic and leisure facilities where senior citizens and children chat and reflect. The city is designed to create harmony by employing the principle of symmetry. Clusters of bungalows and residences are balanced on alternative sides of the road — creating an organized and harmonious environment. Local roads intersect main streets bringing home-dwelling residents closer to industrialized areas.

Similar to the intersecting streets and balance embodied by Chandigarh’s design, the human heart epitomizes the idea of symmetry. With two symmetrical sides consisting of atria and ventricles, the heart works as an efficient and precise system. Its complex and tight-knit network of arteries intersect like roads through various body parts to deliver oxygen. Pumping blood and vitality through the body, the heart provides the framework for life. 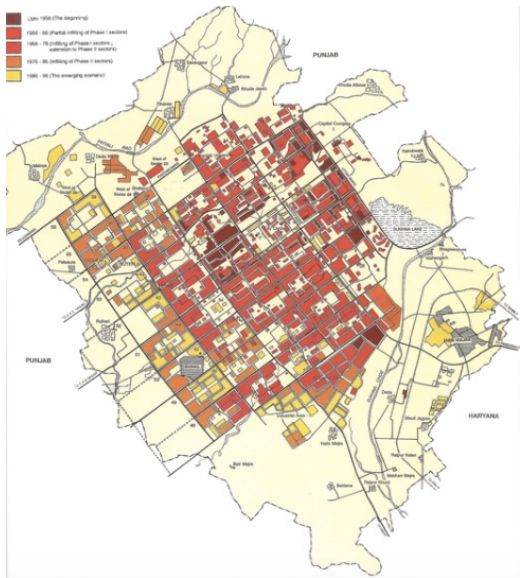 Pictured above is a mapped master plan for the city of Chandigarh; this plan was devised by Le Corbusier, who contributed to the planning of Brasilia and New York. He is viewed as a modernist zealot who hoped that Chandigarh would be “the greatest experiment in the contemporary history of planning and architecture” (Frearson, 2019).

The midnight sky lined with gleaming buildings and eye-opening architecture is what fills the canvas of the mind when envisioning a city. Yet, the typical city undergoes numerous transformative stages — oftentimes rebuilding after a destructive war or chaotic event. With the assistance of its citizens, cities have the capacity to transform beyond what was imagined. Science, too, does not begin with the awe-inspiring discovery of DNA. As with city development, contributions and challenges have characterized the path of all fields of science.

Over sixty-five years ago, Seoul, the capital of South Korea, lay in rubble following the tragic Korean War. A transformation — one beyond most people’s wildest dreams — has occurred in a city which was once characterized by devastation. In the present day, Seoul stands firm and unwavering. A nonstop city, crisscrossed by subways and elevated highways, hosting the summer Olympics of 1988 and the FIFA World Cup 2002, Seoul has progressed from chaos to harmony. Seoul is still not done nor satisfied — hungry for development and urbanization. Officials and citizens desire to improve parks, artwork, and other attractions within city subway stations. A bike safety improvements sits on the agenda. A reduction of citizens’ carbon footprint is still desired.

As Seoul continues to leap into innovation and metamorphosis, the realm of genomics has likewise progressed beyond limits. When the human genome was first sequenced, researchers obtained unparalleled insight into our species’ genetic blueprint. Starting from the very basics, scientists and medical practitioners discovered the complexity hidden in the genome. Investment and research poured into the space to further build on the field of genetics to better understand genetic disorders and medical conditions. As more genes are sequenced and aggregated into databases, scientists have greater sample sizes to accurately verify and validate insights. With thousands of genes still left to investigate, scientists too are hungry to discover more. Unyielding regions in parts of chromosomes are full of complex, repetitives sequences. The larger challenge stands: deciphering what all the A’s, T’s, G’s, and C’s in the genome means. Only the tip of the iceberg of medical genomics has been cracked — work lies ahead to improve patient health.

Walking through the taxi-lined streets of New York City, I have learned to search for continuity. I have come to hunt for patterns of science ironed into architectural novelties in cities. This common thread of scientific investigation and discovery is sewed into the fabric of each location — regardless of continent or country. Suddenly, India is not an ocean’s distance from South Korea — rather down the block. Italy and India appear to be close neighbors as they are tied through science. Distance fades away as the scientific principles embedded in cities draws them closer.

“The city is humanity’s laboratory, where people flock to dream, create, build, and rebuild” – The Triumphant City (Edward L. Glaesser)

Previous
10 Ways Academic Conferences can Address the #Climatecrisis
Next
#Sci-comm vs Sci-con: Some thoughts on the boundaries between science communication and hype 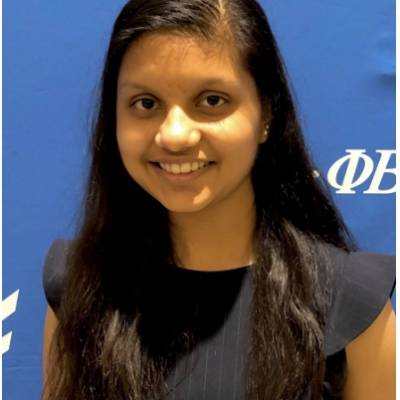 Visit RockEDU Programs at the Rockefeller University
Download
Files of Streets Across the Globe
Save to Google Drive
Files of Streets Across the Globe
Your download is opening in a new tab. Please allow a few moments for large files to process.
Download is incompleted.
Please Try Again.
Save is completed.
Saving is incompleted.
Please Try Again.
Review has been sent.
Review wan't sent due some issue.
Please, try again later.