Stephanie Rogers is a PhD candidate at NYU Neuroscience Institute where she studies Neuroscience (specifically epilepsy!). In addition to pursuing her doctoral degree, Stephanie is also an Adjunct Professor at Fordham University.

Stephanie grew up in Pittsburgh, Pennsylvania, and describes her hometown as completely different from New York City. According to Stephanie, these differences are most profound in regards to public transportation (which is not nearly as common or dependable in Pittsburgh) and sports teams loyalty (sports play a critical role in the Pittsburgher identity!). Stephanie shares that, “even in NYC when [she’s] wearing her Crosby jersey, other former-Pittsburghers will emerge from the busy streets to nod approvingly or even give a little “Let’s go Pens!” shout out”. 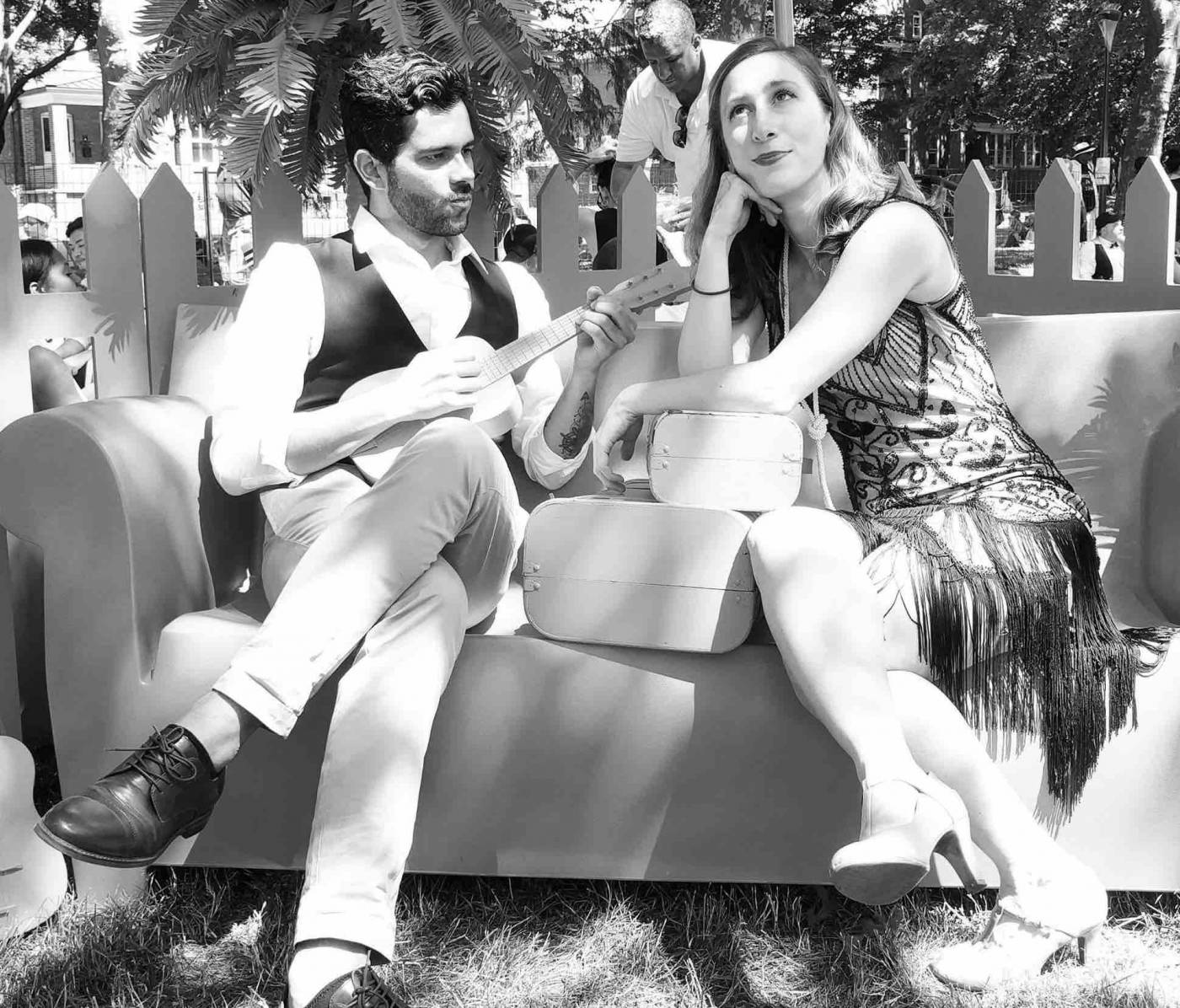 “My favorite thing about being a scientist is having access to cutting edge research and ideas and sharing those with the public and creating opportunities to make science more accessible. In a way, I suppose I always wanted to be a “scientist.” My older sister was diagnosed with untreatable epilepsy and my family had no access to information. We struggled to understand my sister’s seizures and what epilepsy meant for her general health and for us. I didn’t know what a PhD was, but I knew that the answers to my questions could only be found through medicine (I thought research was only done by medical doctors when I was a young child). When I learned that PhDs perform research and have a plethora of potential careers at their fingertips, I knew that this was the course for me . . .” 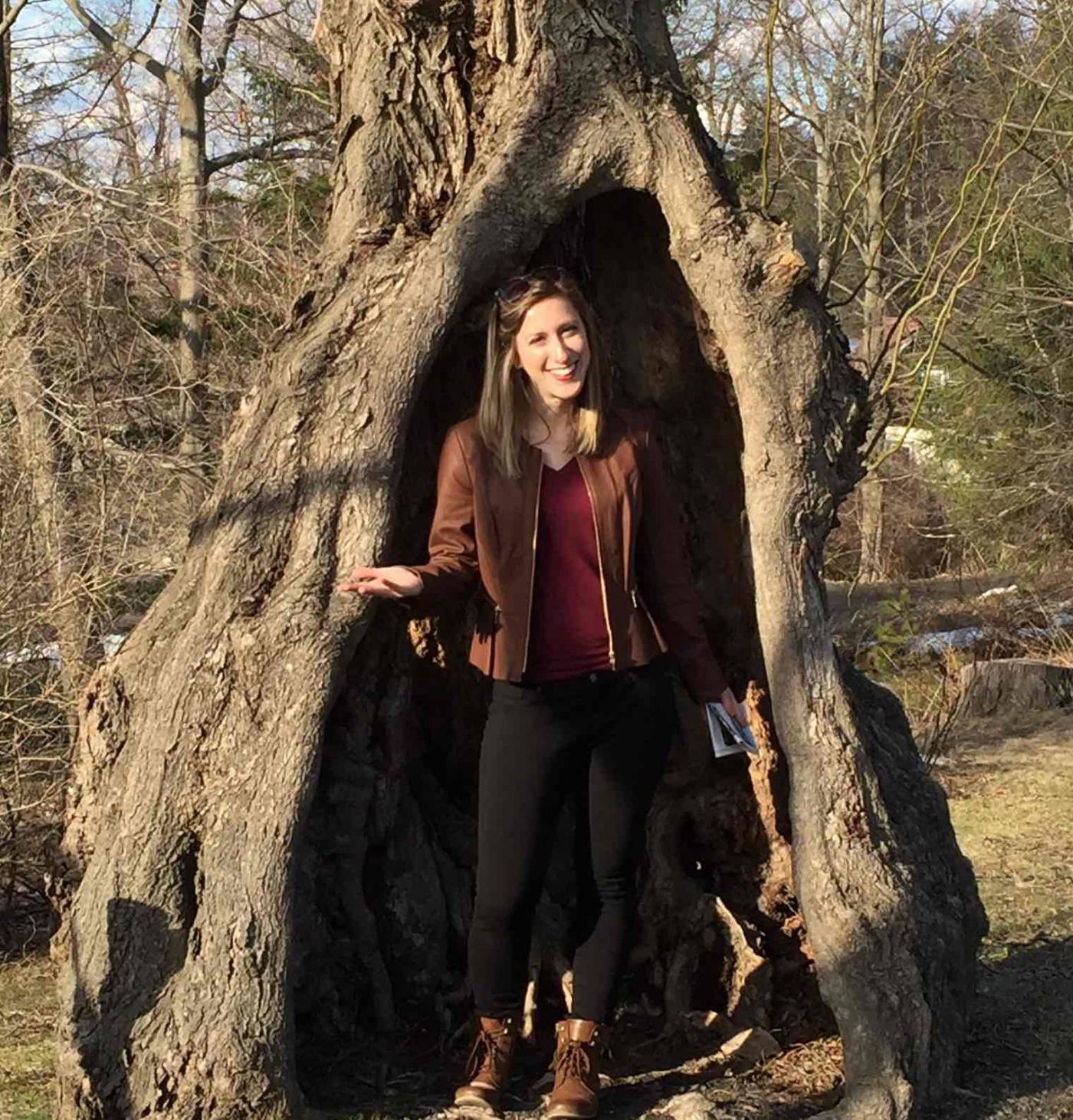 When I decided to take the plunge and pursue science as a career, I promised myself that I would always do whatever I can to make science more accessible so that no family would have to struggle with a diagnosis like mine did.

“Honestly, most days are challenging, but for a myriad of different reasons. Some days your experiments fail, some days imposter syndrome kicks in, some days you panic about your future career. I knew very early on in graduate school that I didn’t want to become a PI, but I didn’t know what else I could do with my PhD. I was extremely fortunate to have the executive director of the institute as a mentor and to find mentors at networking events who all resonated with my journey. Without their guidance and mentorship, I don’t know where I would be right now.”

“Trust yourself and pursue what you’re passionate about. A lot of people will have ideas of who they want you to be as a student, a scientist, etc., but be authentic to you, even if that means someone might be disappointed with the choice you made. In the end, it’s your life and you have the right to to choose what makes you happy (related: you’re allowed to say “no” to obligations, projects, ideas, time commitments).” 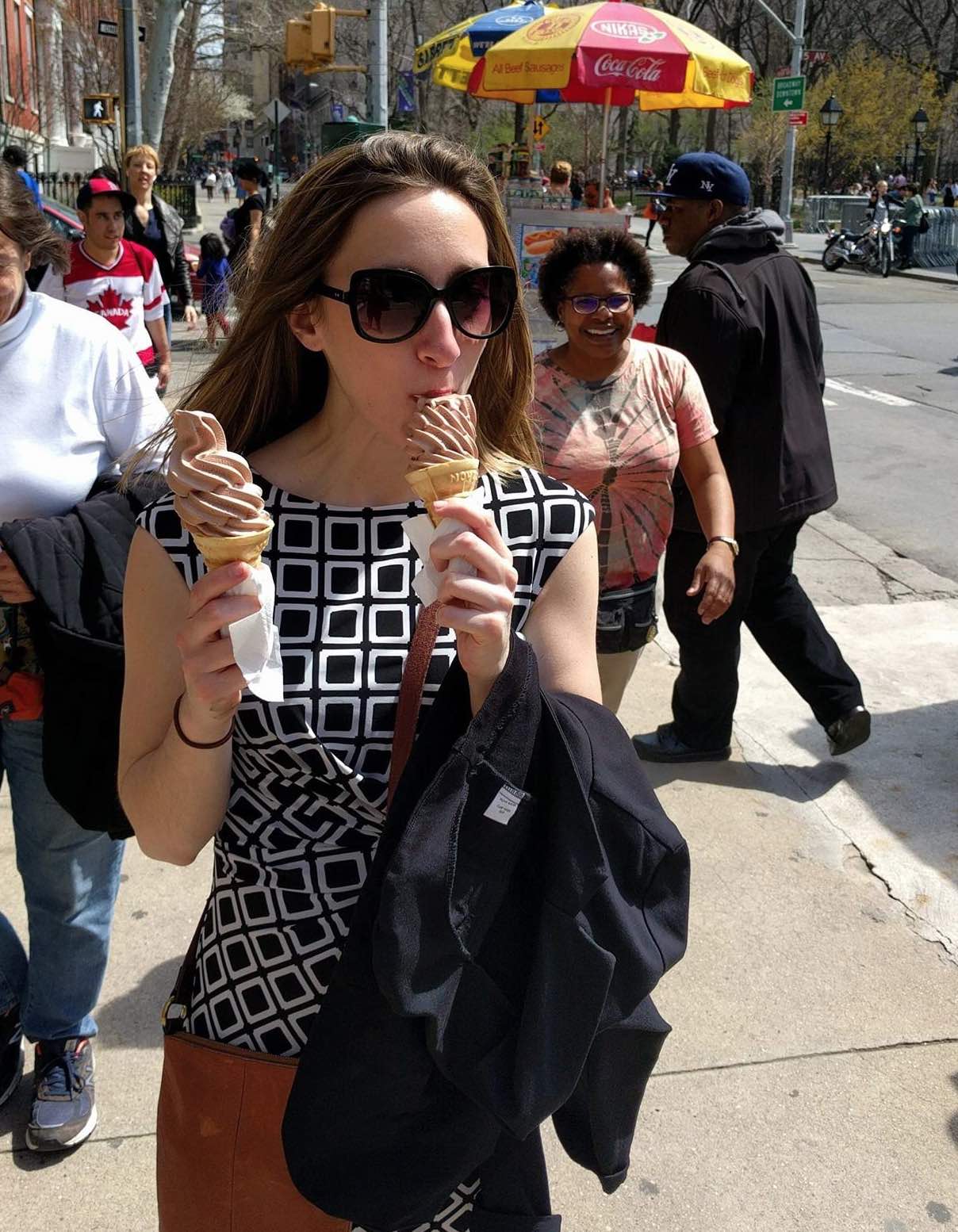 “I wish I had a cool science fail tale. It’s usually just lame stuff like putting the wrong liquid into another liquid, but instead of an explosion, it just causes lines on a gel to disappear.”

“In an alternate universe, I think I would have become an event planner or a writer. I love organizing themed parties and making costumes and decorating spaces for events. I also have about 5 different novels (all unfinished, naturally) sitting on my laptop that I have vowed to complete at some point before I turn 50. It’s always been really important for me to maintain a creative outlet.” 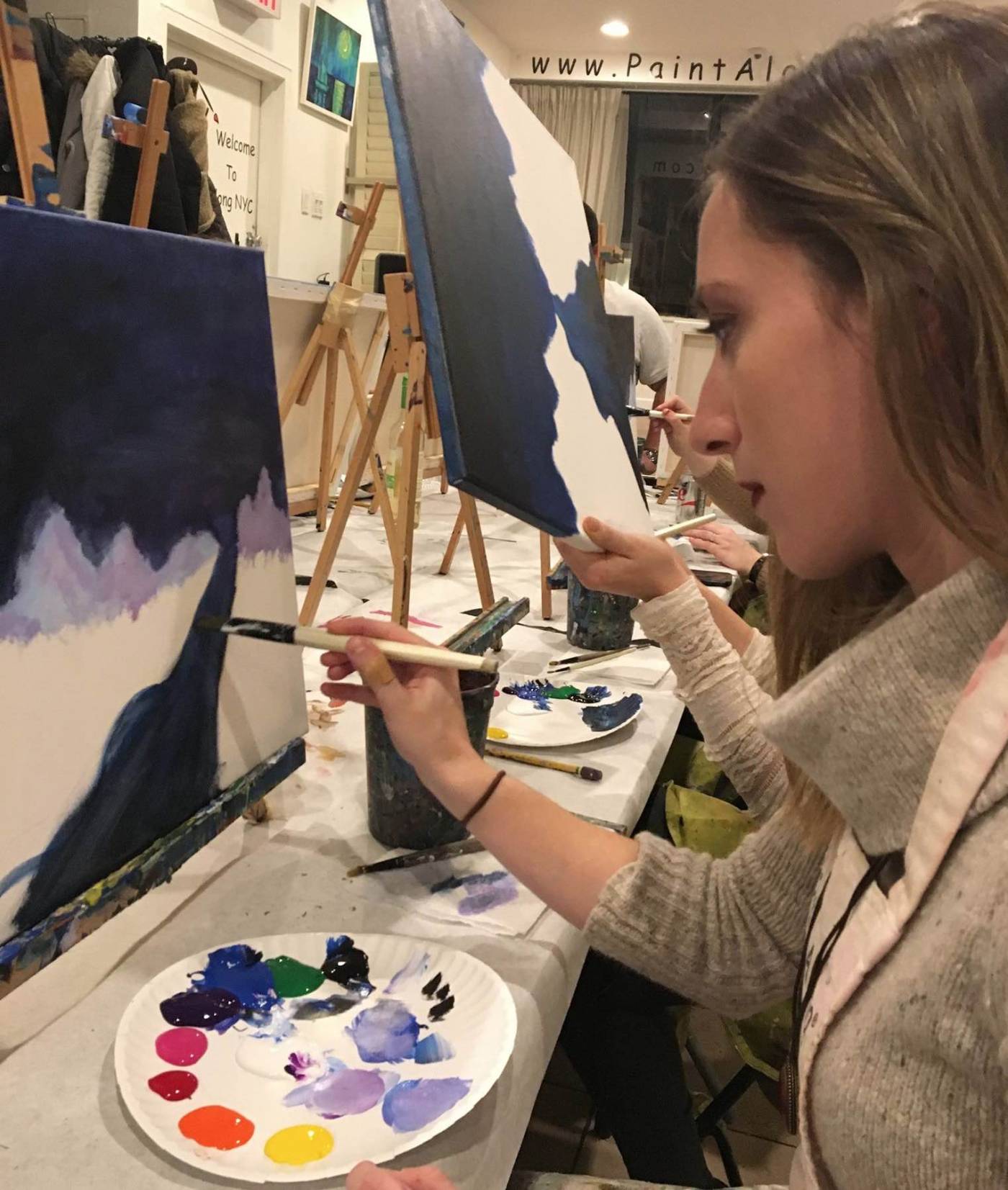 “I came to NYC to pursue my PhD at NYU. But I fell in love with the city because of its vibrant cultural and arts scene. I try to see a ballet, opera, or other theatrical performance at least twice a month (FYI there are really amazing student and lottery deals!).” 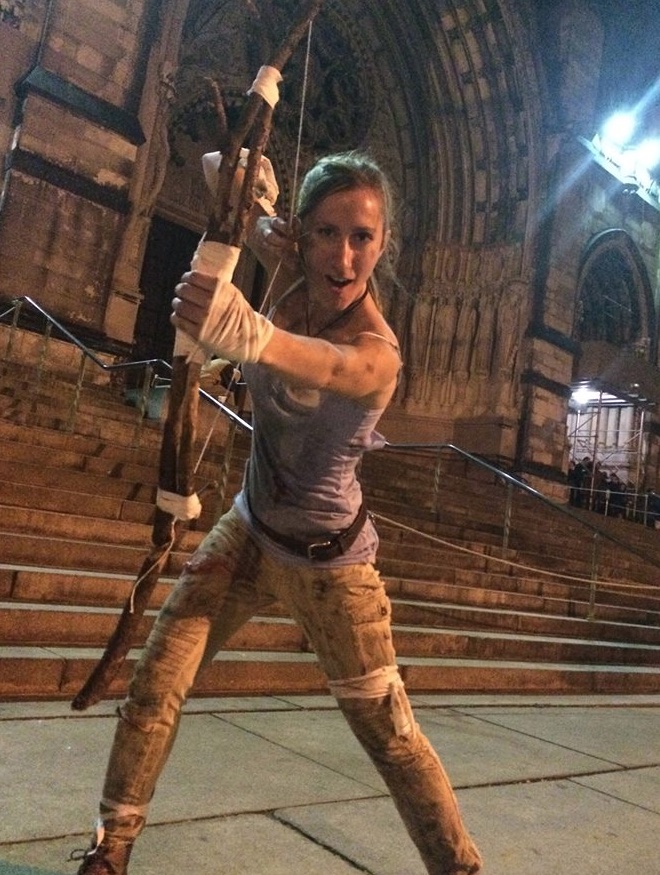 “It’s more embarassing than anything else. A few years ago I was running late to class once and couldn’t remember which building the class was in. So, as I was dashing to the subway with my eyes glued to my phone, I bumped into someone and knocked her over. To my horror I see that I have essentially body slammed Rachel Dratch (from SNL). In my surprise/horror the only thing I could think to say was “wahh wuuuuuuhhhhhh” (from the Debbie Downer skits). With enough wits to prevent me from saying that, I instead just incoherently stuttered at her for a few minutes. So, Rachel, if you ever read this, sorry I knocked into you.”

Previous
Valerie Were
Next
Adi Berman

Visit RockEDU Programs at the Rockefeller University
Download
Files of Stephanie Rogers
Save to Google Drive
Files of Stephanie Rogers
Your download is opening in a new tab. Please allow a few moments for large files to process.
Download is incompleted.
Please Try Again.
Save is completed.
Saving is incompleted.
Please Try Again.
Review has been sent.
Review wan't sent due some issue.
Please, try again later.