Science and the law are not typically related.

While the former is concerned with understanding the natural world, the latter is occupied with facilitating social order. While the archetypal scientist is expected to look like Albert Einstein, or one who would shout, “Eureka!,” the archetypal lawyer is expected to look like Roscoe Pound or Oliver Wendell Holmes, Jr., one who would shout, “objection!” Nevertheless, neither archetype accurately reflects the real-world scientist or lawyer and in the realm of non-professional life the two professionals are wholly indistinguishable. 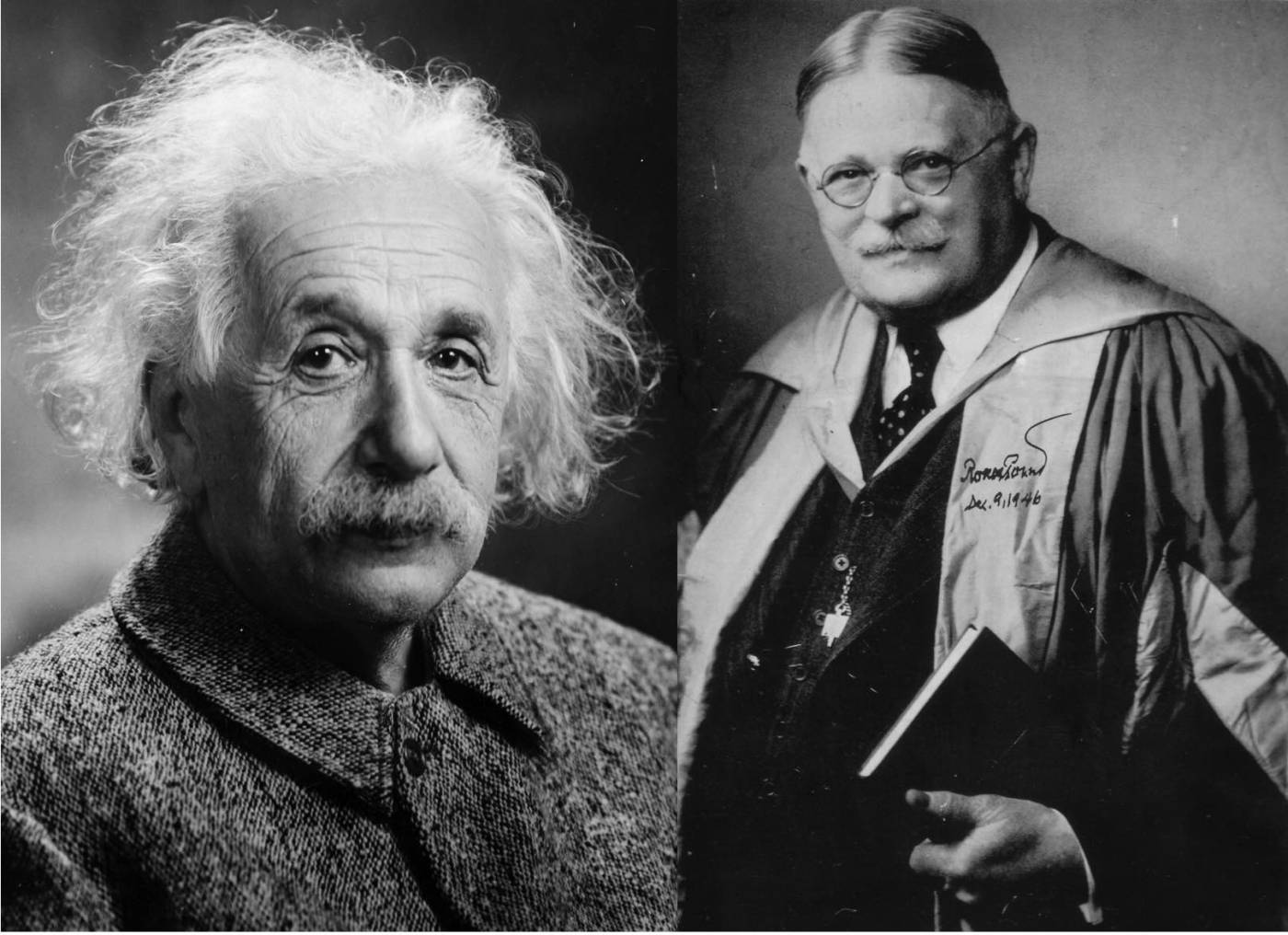 While professional stereotypes construct an invisible barrier between science researchers & practitioners and legal researchers & practitioners, the divide is more apparent than real. The following paragraphs briefly establish two manners in which science has influenced the law. The first is in the law’s pursuit of truth and adherence to objective, systematic methods of knowledge acquisition; this is the “epistemological” or procedural influence of science on the law. The second is in the substantive contributions that science has made to the law and the innovations that the law has derived from science; this is the substantive influence of science on the law. The post then concludes with the challenges that science poses for the law, and how both science and the law are predicated on a common set of values.

Science and the law are concerned with understanding the world. For science, it is the essence of their pursuit; for the law, it is a foundational element to dispense justice. While the common law predates the scientific method, the more modern permutation of the relationship feeds scientific elements into the legal context. Over the past century the law has become more “scientific.” That is, in researching and practicing the law, lawyers have applied rigorous, formal methodologies in predicting, as well as empirical methodologies pioneered in science for assessing and evaluating, the effects of laws and policies. For centuries the law was dogmatic, less concerned with the empirical realities of the profession and more focused on the preservation of stability and order. Naturally, this stifled the law’s effectiveness and adaptability. In the last half-century, however, there has been a dramatic shift in favor of understanding the empirical realities of the profession and applying objective standards and methods for assessing legal and regulatory decision-making. It is not merely a coincidence that upon adopting rigorous methods for discerning the nature of reality the law has entered a golden age of intellectual innovation. With little fanfare or consideration the legal academy has quietly transformed into a quasi-scientific research institution.

In daily life, scientific innovations are unavoidable. Nevertheless, they are virtually unconsidered. One may open their refrigerator,[1] retrieve a bottle of orange juice,[2] and wash down a tablet of Advil.[3] At no point would the typical human consider the scientific innovations that facilitated this high standard of living. This is partially because the law does. Scientific innovations impact the law in two ways: functionally and stressfully. Functionally, where there is a scientific innovation, it must be integrated into the law’s understanding of the world.[4] This sometimes requires turning to science to obtain a legal answer.[5] Additionally, the laws of intellectual property and patent act as a gatekeeper between scientific innovation and the public.[6] The functional aspects of scientific innovation bear the stressful aspects as well.[7] As mentioned above, the reason the typical human doesn’t consider the ubiquity of scientific innovation is because lawyers are doing that job. If the refrigerator were defective, the orange juice might be spoiled and our typical human could get sick. After that, they might consider the remarkable innovation that keeps their drinks fresh. If the plastics in the orange juice bottle are improperly regulated and prove to be toxic, a simple swig from the bottle wouldn’t be so simple. And if the tablet of Advil did not meet certain standards, it is possible that it may do more harm than good, and the simple calculation of home medication would become impossible in the absence of a medical professional. The law occupies much time with these concerns so that science may innovate while the general public may rest calm.[8] The substance of the law is therefore both deeply impacted by, and highly preoccupied with, the innovations – the results – of science.

Science and the law are not typically related. But perhaps they should be. Both the procedures and substance of science – its methods and its results – impact the law in diverse ways. Adopting procedures from science has allowed the law to develop rigorous, objective methodologies of epistemological pursuit, while many of its substantive innovations have advanced law and policy and kept many a lawyer busy. Despite their divergent functions, scientists and lawyers – innovators and regulators – participate in a humanitarian pursuit with fundamental social implications. Perhaps the proximity of science and law is due not to the shared idiosyncrasies of the professions, but the united mission of scientists and lawyers to rise above the temptation of subjectivity to understand the world more clearly while improving it for humanity. In the end, it is this shared humanist curriculum, I think, rather than the intersections listed above, that truly relates science and the law.

[1] A feat of scientific and engineering mastery.

[2] Built from plastics created by chemists.

[3] Which is, of course, a great biochemical invention.

[4] For example, how does the concept of gene editing in babies intersect with the notion of due process?

[5] A famous example of this is in the landmark abortion decision, Roe v. Wade. In it, the court ruled that life began at a fetus’ viability, deferring to modern science rather than arcane precedent.

[6] Many federal regulatory schemes and agencies are heavily influenced or staffed by scientists. Some include the Food & Drug Administration, Environmental Protection Agency, Occupation Safety and Health Administration, and Department of Health and Human Services.

[8] As for lawyers, scientific innovations are anxiety-inducing – just think of all that can go wrong (a lot!)

Previous
Talking Science: The Process of Scientific Discovery
Next
Doing Science With Artists Has Made Me a Better Scientist