Editor’s Note: This is a re-released post from February 2016. In this post, RockEDU Director, Jeanne Garbarino, discusses the utility of creativity and innovation—via makerspaces—when teaching and learning within STEM. This talk was given in a SOWING (Science Outreach Working to Inspire the Next Generation) session, as a way in which to further inspire effective science outreach and best practices within educational spaces.

The Maker Movement has proved itself to be a valuable component of the STEM (science, technology, engineering, and math) education ecosystem. The underlying philosophy of this movement involves open-ended creativity, development of critical thinking and intellectual flexibility, as well as instill confidence and a sense of accomplishment. The blueprints for building a makerspace are fairly straightforward, and usually incorporates a few key items like 3D printers, sewing machines, power tools, soldering gear, and maybe a laser cutter. But is it as simple as “build it and they will come?”

To help answer the question of “So you have a makerspace, now what?” Jaymes Dec, middle school technology teacher and founder of NYC Makery, served up some valuable advice at our recent SOWING Circle Meetup (SOWING stands for Science Outreach Working to Inspire the Next Generation, and is a gathering for anyone who works as a STEM educator to share resources and brainstorm ideas). In his talk, Jaymes outlined a series of questions to help educators maximize the impact of making it in STEM. 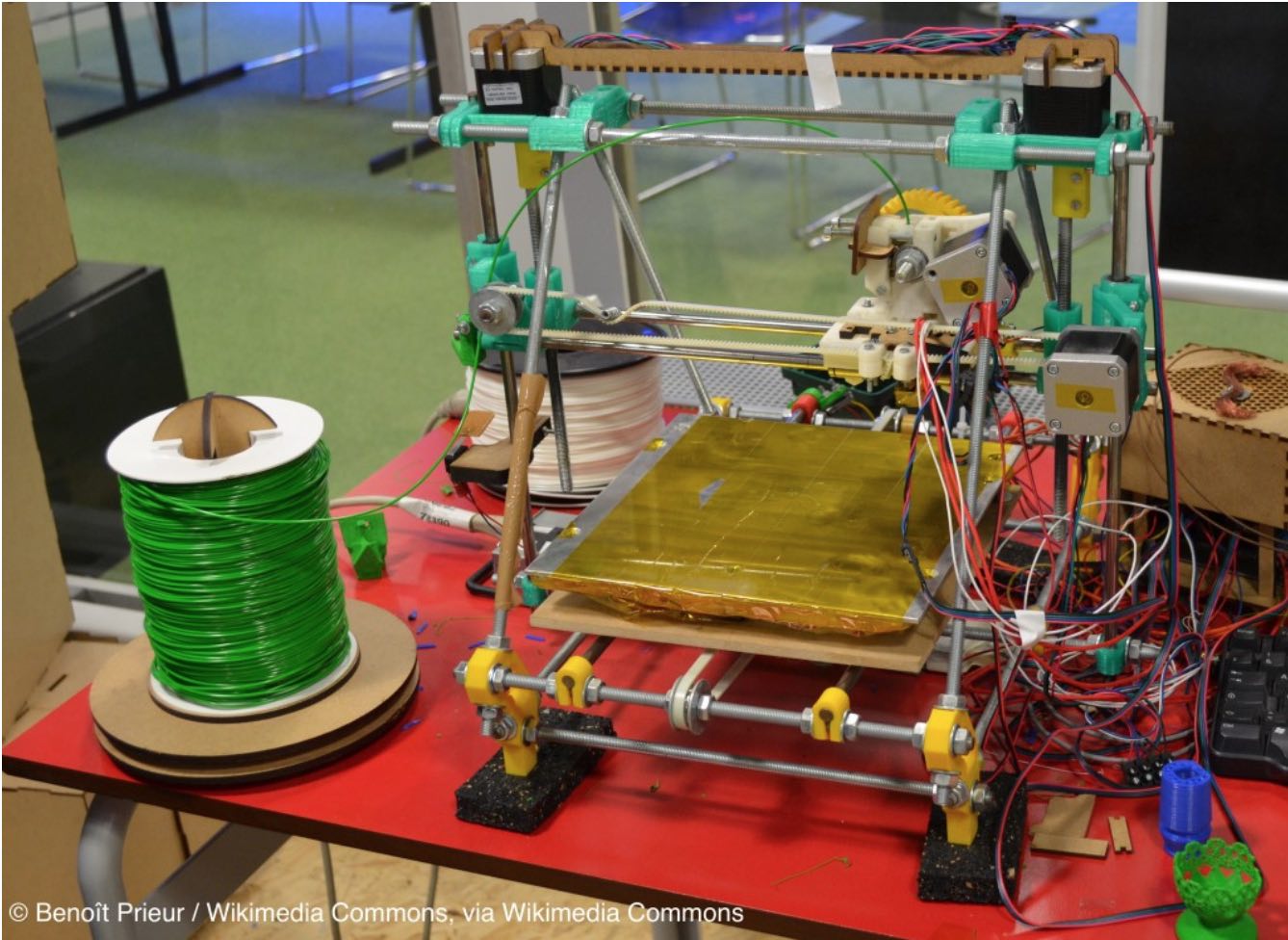 What is a makerspace?

According to Jaymes, a makerspace is simply a space where people use a set of shared tools for making things. There is usually a facilitator to help guide makerspace users, and teach them how to use specific tools. But, users are also guided by their peers, which can be particularly valuable for STEM education. Furthermore, makerspaces often draw projects from other disciplines, such as the arts, and open up channels for interdisciplinary projects. Makerspaces can go anywhere — all you really need is a room with electrical outlets. There are also many examples of mobile makerspaces across the country.

Who are the makers?

When building a makerspace, the first question you should ask is who will be using this space? Makerspaces can be outfitted for people of all ages (young kids included!), and include tools and activities tailored to the skill and interest level of the audience. In learning about who your makers are, it is also helpful to ask what do your makers want to make? Sometimes you won’t really know what this will look like until your makers come in, which is why it is important to build a makerspace that is flexible.

How will you reach your maker audience?

Jaymes talked about the makerspace in his school — reaching the students here is easy because it is part of their curriculum, and the space is located in the school building. There are also great makerspaces in libraries and museums, such as the fantastic maker programs in the New York Hall of Science. But what about makerspaces outside of established institutions? In his experience with the NYC Makery, Jaymes said he advertises widely through digital newsletters, social media, and taking out ads in local publications (such as Time Out NY Kids). Also, because the NYC Makery uses a pop-up format to transform anywhere into a makerspace, Jaymes will include very whimsical installations, music, and art to entice each passersby.

How much does building a makerspace cost?

While many people equate makerspace with fancy and expensive tools and materials, there are certainly much simpler approaches. For instance, Jaymes said that a kitchen can easily serve as a makerspace. But the good news is that the price for maker tools and materials has dropped by a factor of 4 since 2012, making it a viable option for more people. Jaymes also mentioned that buying in bulk whenever possible can save money.

How do you learn about new tools?

One of the great things about makerspaces is the feedback loop — if there is a problem that can’t be solved using the existing tools, you can use a makerspace to create the tool you need! Often, these tools are valuable to more than the person making it in the first place, and blueprints and prototypes permeate through the maker community. To learn more about what is out there, Jaymes suggests heading over to Kickstarter, which houses an entire category dedicated to makerspaces. Also, the social follow aspects of the Kickstarter platform make it easy to track people who know a lot about making and fabrication — by looking at what these experts are backing, it can give a sense of “what is next” for makerspaces. There are also a number of great maker blogs that cover new tools and ideas, including Make Magazine, Adafruit, and Sparkfun.

What are some common pitfalls?

When creating a makerspace, it is common for people to think about tools, projects, and overall design, often leaving safety as an afterthought. Safety needs to be at the forefront from the very beginning, especially since it can impact how the space is designed and used. In addition to keeping safe practices in mind during the makerpsace design period, it is also important to ensure that all users know and follow the rules. Create a set of clearly written rules, and mount them in multiple locations throughout the space. Also make sure the personal protective gear like goggles and ear protection, is readily available – its all fun and games until someone loses an eye! For some tips on safety, Jaymes suggests taking a look at the Makerspace Playbook.

A second common pitfall when creating a makerspace is figuring out the best way to store materials and tools. Firstly, it is important to ensure that the storage system makes sense to facilitators and users. It is important to put a lot of thought into how to store things such that they are readily accessible and visible. This can be managed by storing maker stuff in clear plastic bins that are labeled and sensibly organized. JAymes likes to group “like” things together (ie wood, plastic, inventing materials, soldering materials, etc).  Also, keep the tools that are most commonly used out in the open, or in an extremely accessible place — you don’t want a user to have to rifle through some draw to find a screwdriver. Other commonly used tools include scissors, pliers, hammers, and clamps, so keep these things handy.

Another thing to consider when creating a makerspace is machine downtime. According to Jaymes, it is more productive in the long run to get two less expensive machines than one expensive one as it allows for more flexibility. Also, it is good practice to have someone involved who is comfortable tinkering and fixing things when they break — if you have to wait for an outside source to come in for a simple adjustment, it wastes a lot of time (and money!). Also, try to set up the space and activities as to avoid a machine bottleneck whenever possible.

How do you create activities that inspire creativity?

Jaymes addressed this point by leading off with an anecdote about keychains. He told the story about a Stanford University professor who suggest to his students that they make keychains on a laser cutter. While they designed this keychain using an open source drawing program (here are a few suggestions), the suggestion of a pre-determined activity really boxed the kids in — they were totally hesitant to make other things, and only wanted to churn out keychains.

To avoid the keychain syndrome, Jaymes suggests that facilitators ask students to describe a problem they care about. Then, the most important next step is to allow the students to come up with their own design to solve this problem. Not only does this empower students, it also helps to prevent a cloning of designs, which can clog the workflow and lead to machine bottlenecking.

While leaving the creative process to the student is very important, Jaymes has put together a set of guidelines to help with design and building specific projects:

You can also see a copy of Jaymes’ presentation here.

The mission of SOWING is to bring together local practitioners of science outreach and education in the NYC area to create a cohesive science outreach community. Formal Science Outreach programming is a growing movement, and we aim to bridge the gap between academic science and the general public through science education experiences that mimic an authentic science practice. By promoting effective science outreach and education through curriculum and resource sharing via a centralized repository, as well as providing both in-person and digital networking opportunities, we look forward to accelerating curriculum development and the assimilation of best practices. This, in turn, can inspire the next generation of scientists and engineers, while creating a collaborative and supportive framework for outreach professionals.

Previous
On the Inside Looking Out : My Time Spent at The Rockefeller University
Next
Learning to #FailBetter