Neel Shah, Ph.D., is an Assistant Professor of Chemistry at Columbia University where he specializes in Chemical Biology and Biochemistry research.

Neel grew up 30 minutes south-east of Chicago in the Suburban, residential town of Munster, Indiana. Despite his proximity to a big city, Neel only occasionally visited Chicago, and as a result he, “never really got a feel for what it was like to live or move about independently in a big city”. Now that Neel lives in New York City, he feels confidently that, “there’s really just no city like New York”! 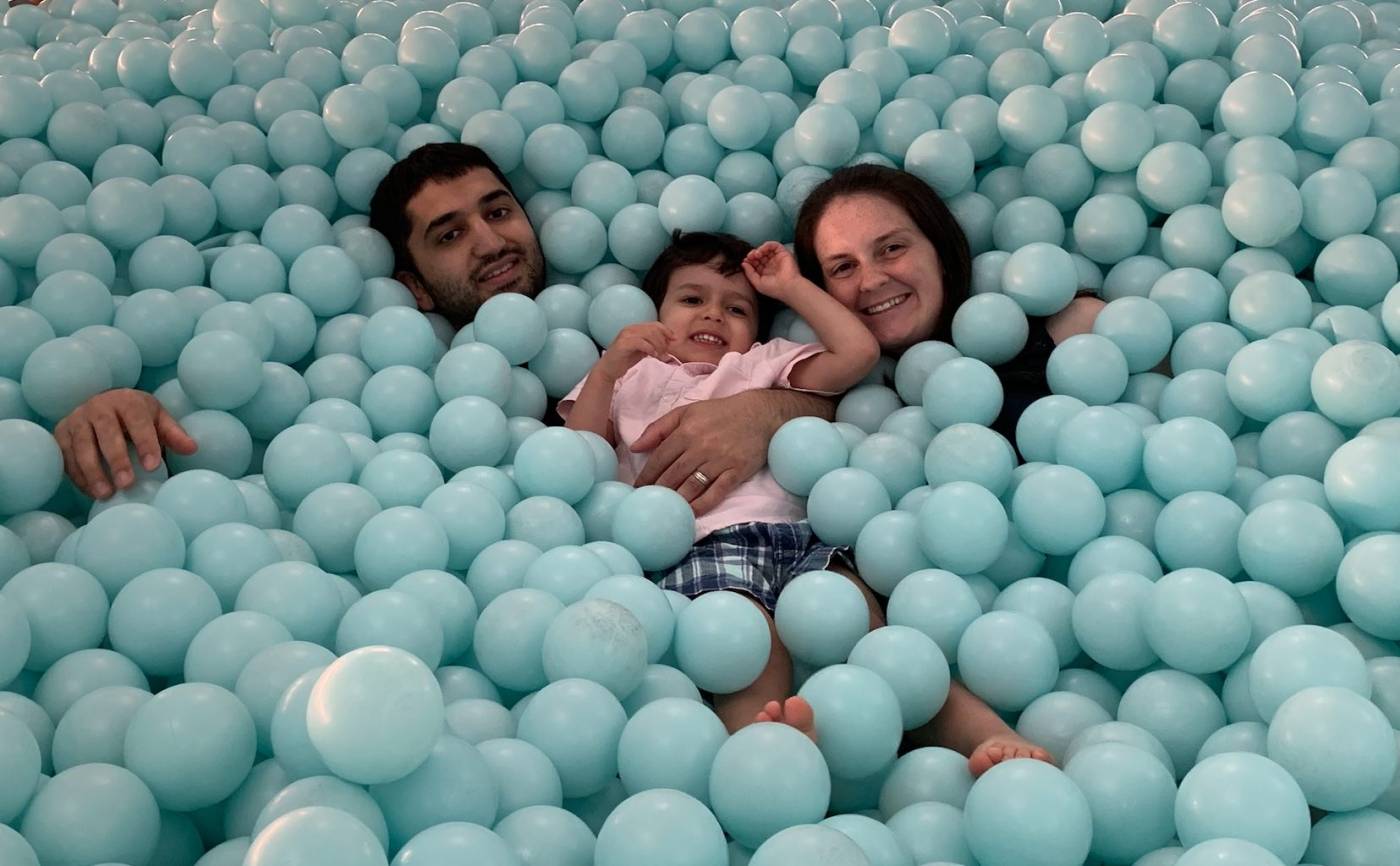 “I didn’t know I wanted to be a scientist until about half-way through college, when I realized that my introductory science classes had left me hungry for more and more scientific information. I didn’t learn well in the classroom, but my first research experience, in the summer after my sophomore year, was quite literally life-changing. It was the first time I realized that you could obtain scientific knowledge outside of the classroom. I’ve been a research scientist for almost 15 years now. I think my favorite thing about being a scientist is sharing new ideas and discoveries with others.” 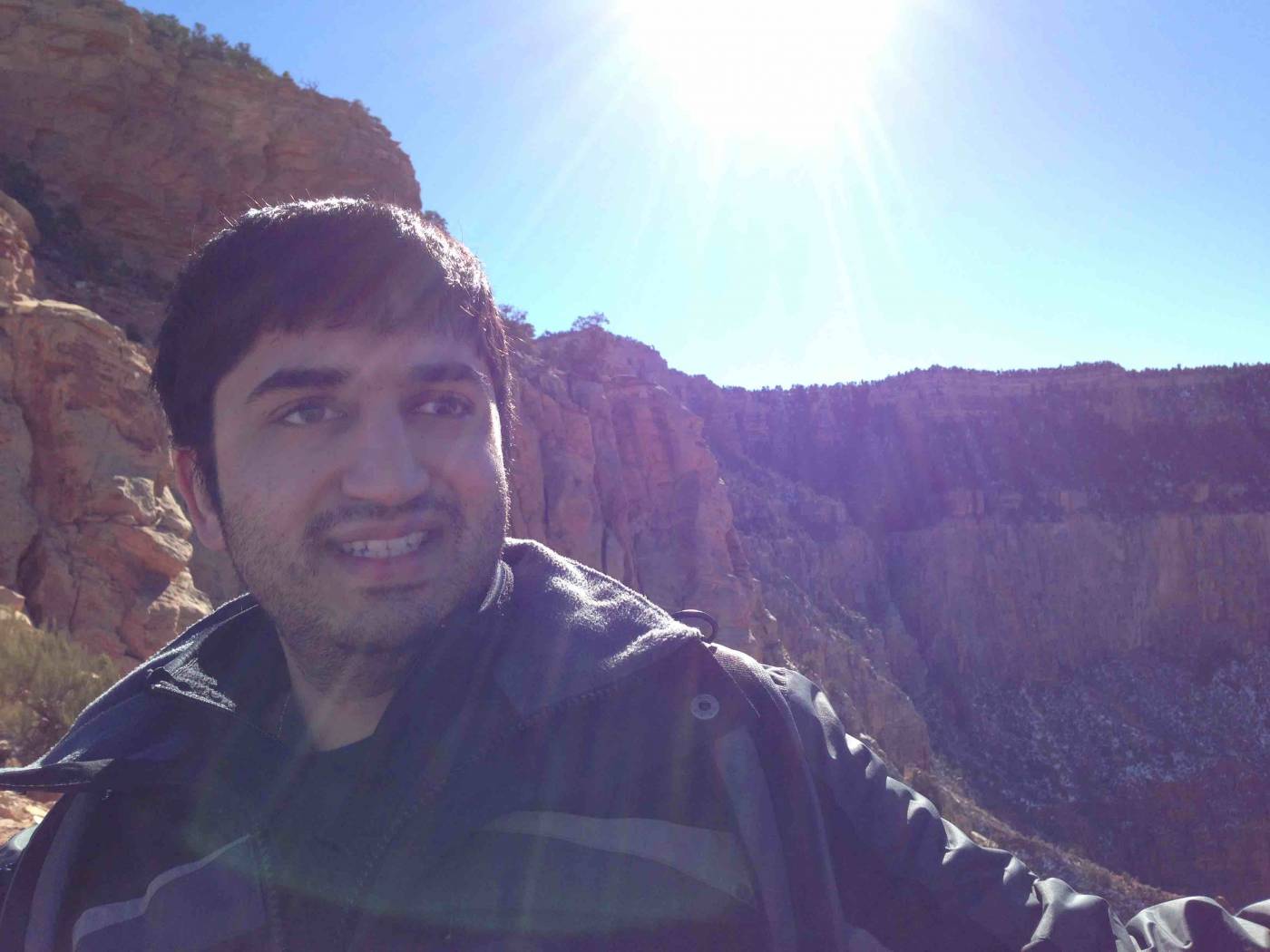 When you’ve come up with some new idea, or made some new discovery, it’s possible that nobody else has thought of or seen this thing before – that’s just awesome. Telling somebody about it, and getting them excited, is so enthralling!

“When I started college, before I knew I wanted to be a scientist, I was on a pre-med track taking the standard introductory biology, chemistry, and physics courses. I got pretty low grades in my biology class – the worst I received during my whole time in college – and this was really demoralizing. I swore off biology for a few years, convinced it wasn’t for me, and got really into chemistry. Eventually, my interest in biological applications of chemistry grew, and I ended up in the Rockefeller University graduate program, which is broadly a biological sciences program. I was surrounded by fellow grad students that were technically my peers, but that had a substantially stronger background in biology than me. This was wildly intimidating and initially also pretty demoralizing. Eventually, I realized that I could learn a lot from my peers and that I could rise to their level through hard work. It paid off in the end. I love chemistry, thinking about how molecules look and work, and I love applying these concepts to biological systems.” 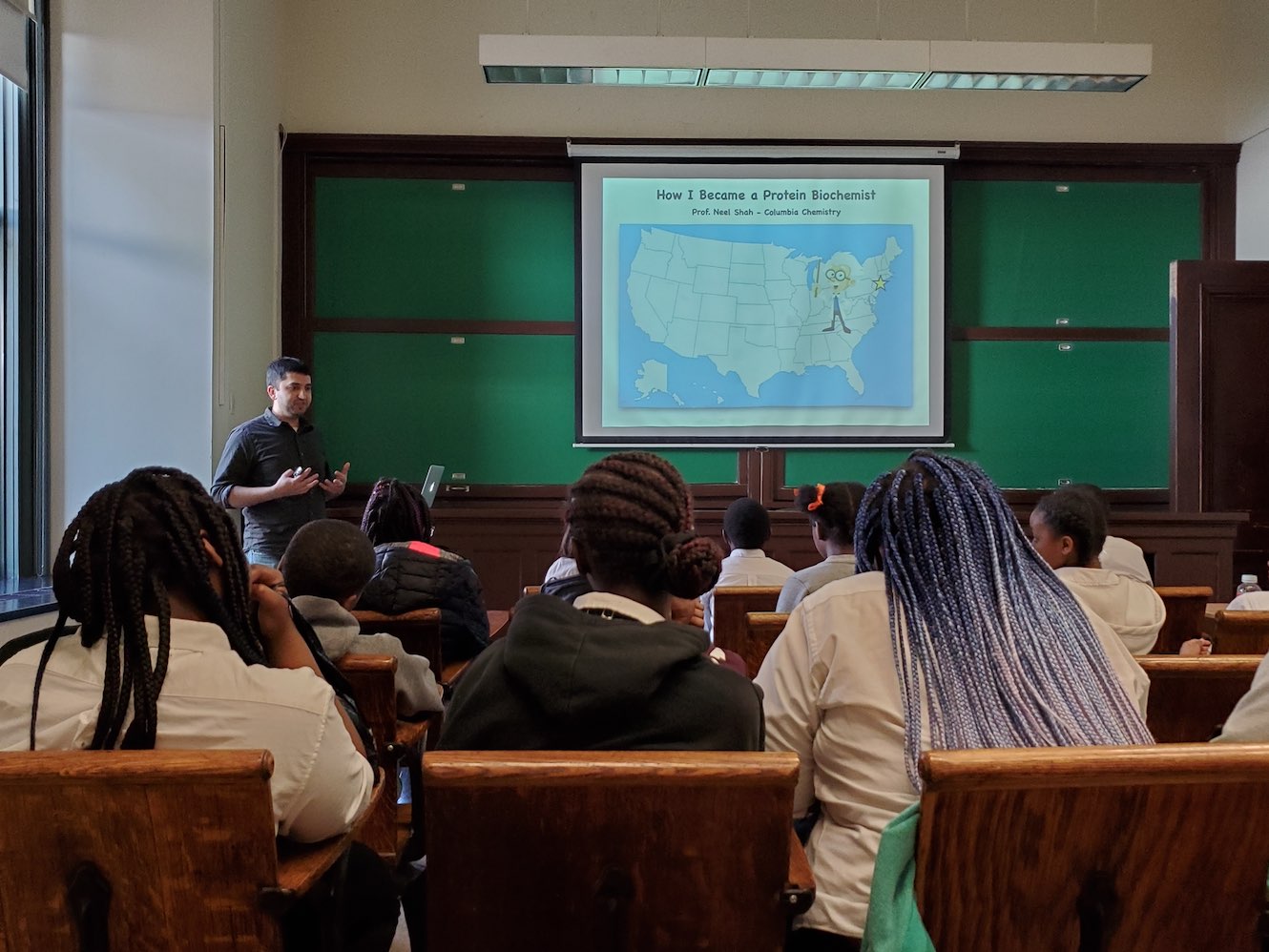 “When you’re pursuing something challenging and open-ended, like scientific research, there are going to be lots of ups and down, and probably lots of failures along the way. It’s quite a rollercoaster, and your research success often correlates strongly with your short-term emotions. Of course nobody is happy all the time, but the way to persevere (at least the way that works for me) is to latch onto the little wins along the way. Often times, in scientific research, you carry out lots of small technical tasks that build up to some bigger goal. These tasks may seem trivial, but celebrate each little technical win!”

Progress is progress, and if you get excited by these little bits of progress, you can stay motivated.

“When I was an undergrad working in a chemistry research lab, I was weighing out a compound and spilled a little on the bench. I tried to sweep it up with a piece of tissue paper and the tissue caught on fire! I think there was residue from something that had previously spilled on the bench that I rubbed my compound against, and the friction and resulting reaction ignited the tissue. I totally froze, and a graduate student really calmly walked over to me with a beaker, put the beaker over the burning tissue, and suffocated the fire. He was so cool about it, and I felt like a complete goof! That definitely taught me not to lose my wits in the lab and stay focused. We make mistakes I the lab all the time, occasionally ones that pose a safety risk. The key is to stay calm and ensure that you are trained in how to work through the problem.” 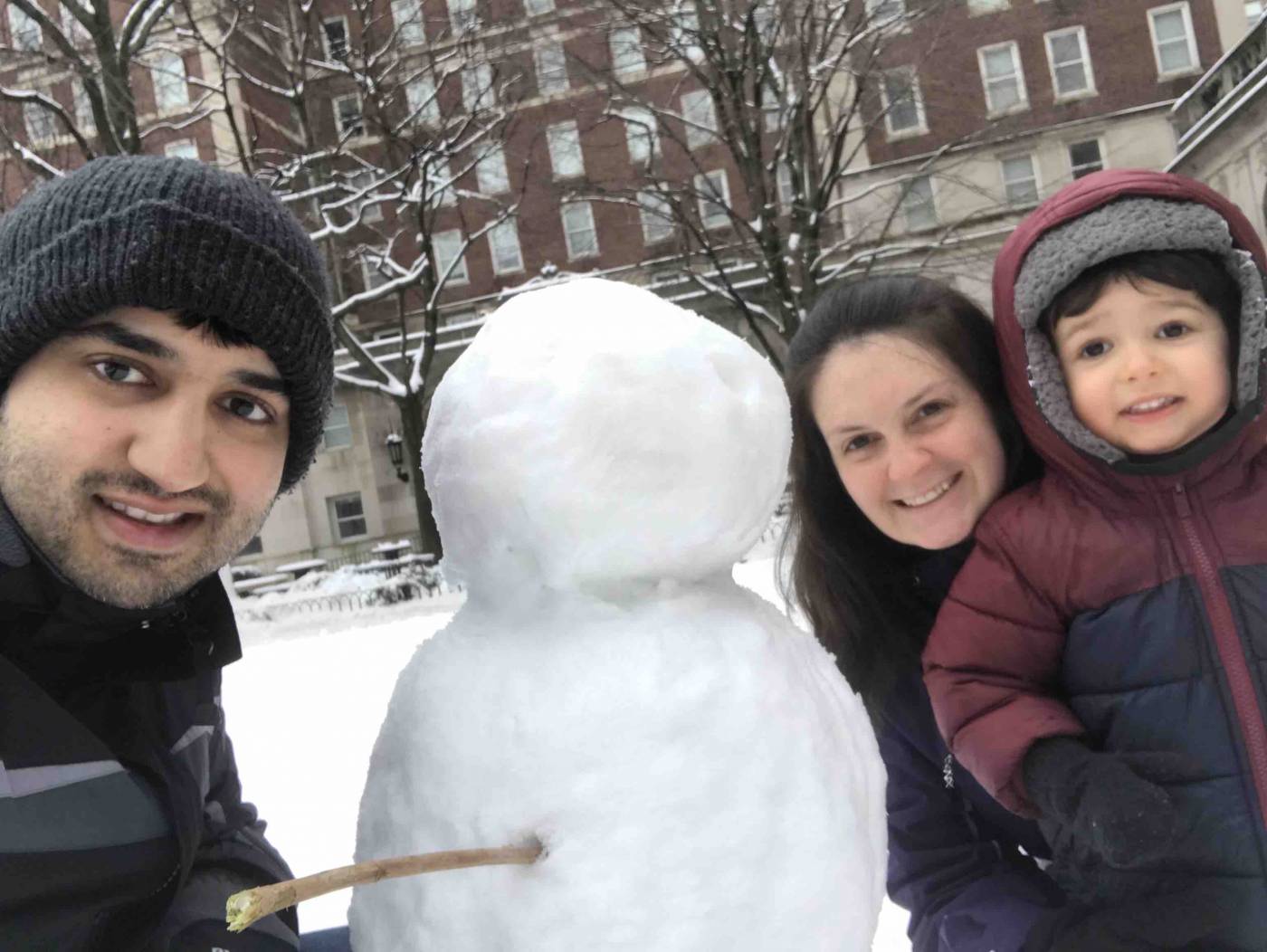 “My life outside of science really revolves around my family and the fun things we like to do together. My wife, Jen, and I met in college, and what brought us together, more than anything, was our desire to just roam around New York. We’ve been taking long walks through the city for about 15 years, and I don’t think that’s ever going to change. I don’t think you can get bored just exploring and looking at all the things there are to see here. Our three-year-old son, Nikhil, is well on his way to being a New Yorker. He loves taking (slow) walks and exploring NYC parks and playgrounds with us. Oh, and we all love bagels! When I’m not walking aimlessly or toward bagel shops, I spend part of my free time trying to unwind by reading books or watching TV – everybody needs a bit of indoor relaxation!”

“It’s hard for me to imagine extricating science from my life entirely. If I wasn’t a scientific researcher/professor, I’d still want to be some sort of public advocate for science and/or education. I spend a lot of my free time reading popular science books and articles. I really admire the language/communication skills of good science writers. They’re perhaps in the best position to connect the general public with science, through storytelling. I think that if I wasn’t a scientist, I’d want to be a writer.”

“I came to NYC for college. Growing up, I had visited New York a few times with my family, and my sister, who is a year older than me, considered NYU for college. This got me intrigued about the city, and it drew me to NYU at the age of 18. I stayed for grad school at Rockefeller University, and left for a few years to “try out” California. It’s hard to stay away from New York. I moved back here a year ago, and I’m happy to be back.” 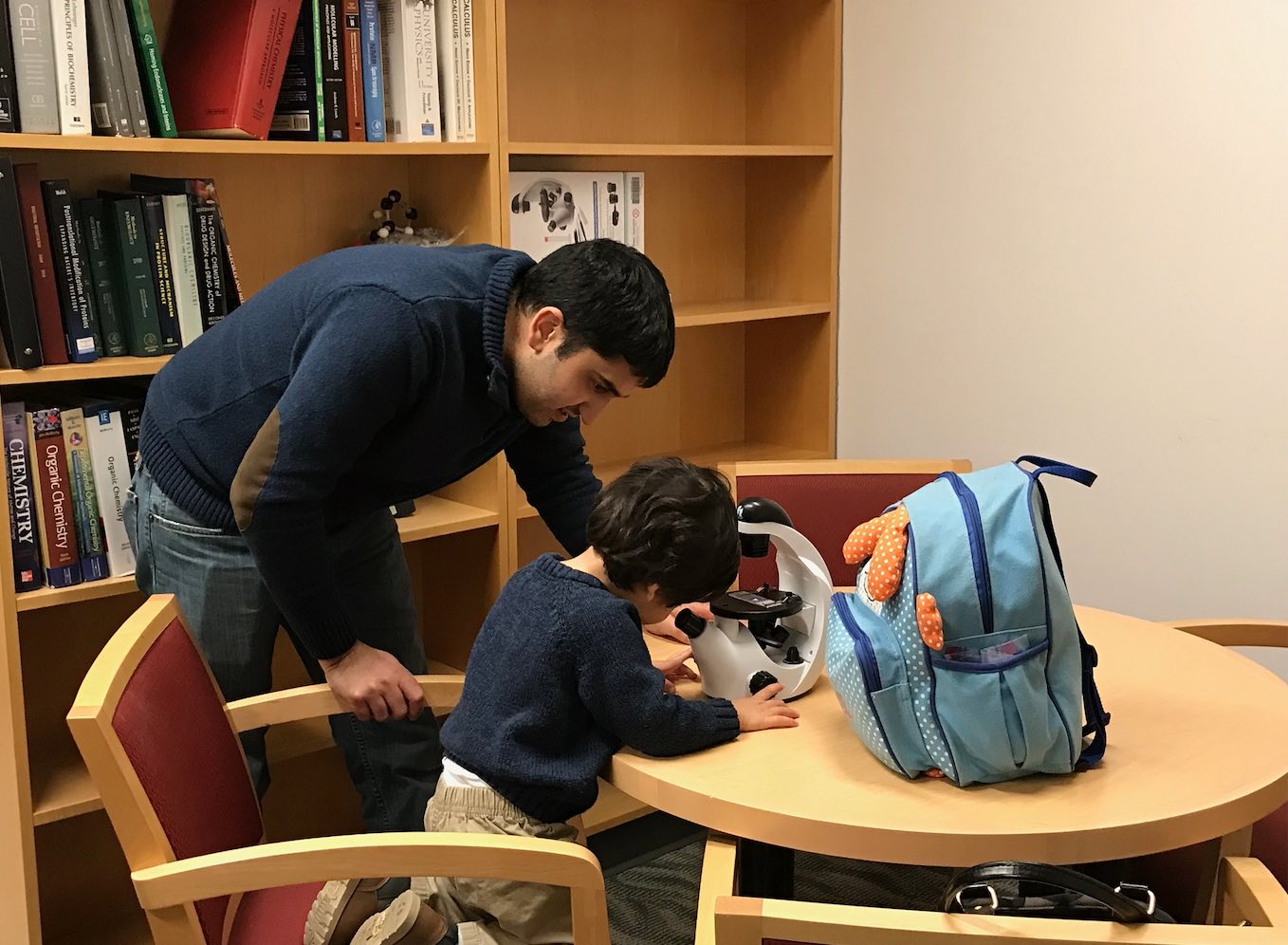 “When I was in college, I remember seeing a grown man in a business suit riding a “Razor” scooter through Washington Square Park. He might have been holding a briefcase. I don’t know when it became commonplace for adults to ride scooters to work, but I was new to NYC at the time, and it tickled me that the hustle and bustle of this city required that professionals rely on children’s toys to keep up with this fast-pace lifestyle.”

“Now that I’m an assistant professor, I’m technically done with my formal training. That being said, I definitely feel like I’ve still got a lot to learn, not just about the science I pursue, but how to be a good mentor, teacher, and manager. I really love my current job, and I definitely want to stay in NYC through this next stage of my career. My family is also happy and comfortable here. New York feels like an awesome place to raise my son, and so I hope he spends his childhood here.” 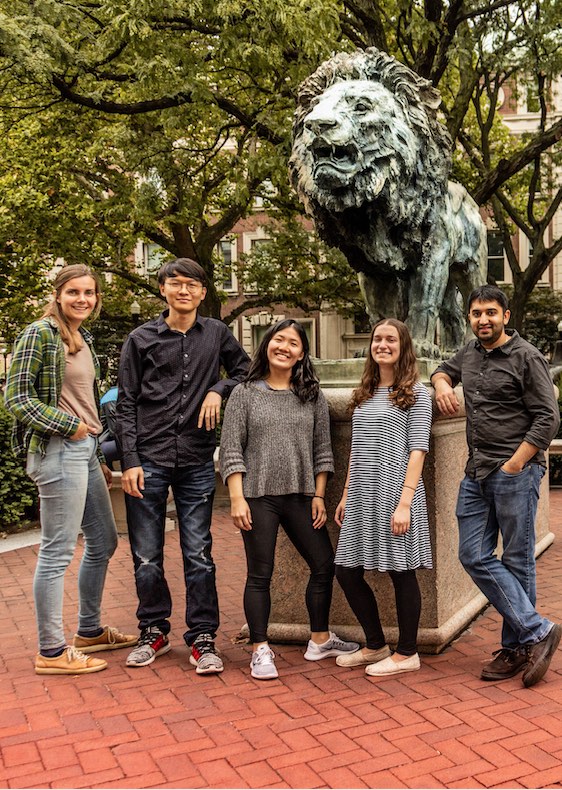 “There’s a diverse class of organisms called choanoflagellates that are completely fascinating – I’d like to be one of those. Some choanoflagellates toggle between unicellular and multicellular forms of life, and they house a lot of the genes and proteins that we once thought made animals unique. To me, a choanoflagellate is like a bag of molecular surprises!”

“If my family was in the building, I’d grab my son (this will get complicated when I’ve got more kids). If they weren’t in the building, I’d grab my laptop computer without hesitation. Although I compulsively backup the contents of my computer, my laptop still feels like a direct connection to my work, which I’m passionate about and like to have access to randomly. It also has smatterings of personal/sentimental things on it like letters and photos, not to mention the fact that it’s one direct route to entertainment via the internet!”

Previous
Or Alus
Next
Amy Dunn

Visit RockEDU Programs at the Rockefeller University
Download
Files of Neel Shah
Save to Google Drive
Files of Neel Shah
Your download is opening in a new tab. Please allow a few moments for large files to process.
Download is incompleted.
Please Try Again.
Save is completed.
Saving is incompleted.
Please Try Again.
Review has been sent.
Review wan't sent due some issue.
Please, try again later.