Mikko Jimenez is an Outreach Biologist at The National Audubon Society where he works for the Migratory Bird Initiative.

Mikko grew up in just north of Chicago in the town of Skokie, Illinois. According to Mikko, “New York City is like Chicago stripped of its touch of Midwestern hospitality, with the energy level turned up several levels, and thinner pizza.” 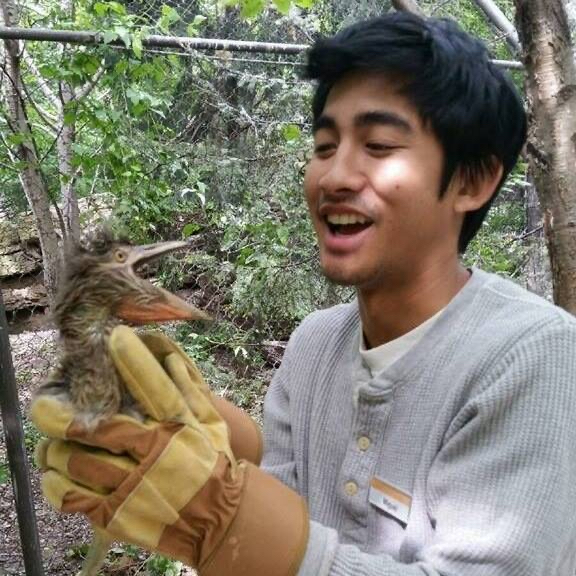 “My favorite thing about being an ecologist is being able to answer questions about the natural world. We all have questions about the living things around us, whether it’s the moose we saw when camping or the pigeons we saw at the train stop. I love having an avenue for answering those questions. Being a scientists was not something I always wanted. My parents, like many first-generation Filipino parents, wanted their son to be a doctor. I entered undergrad at a small liberal arts college with every intention of defying them and becoming a writer behind their backs. I somehow left college with a Biology degree and my heart set on becoming an ornithologist. None of us saw that one coming.” 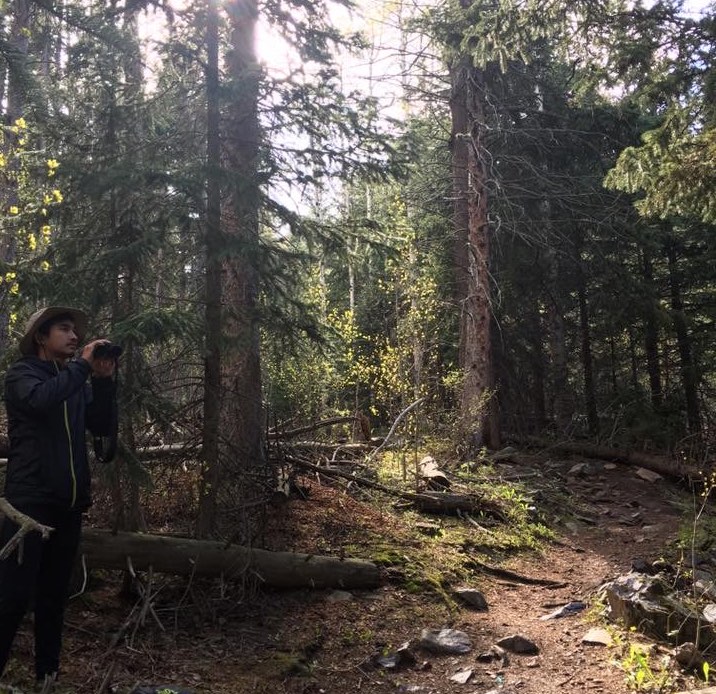 “For me, finishing up my M.S. thesis was probably the hardest thing I’ve ever done academically. While I love creative writing, scientific writing has never come easy to me. It often feels like pulling teeth, even learning another language. Having draft after draft of my thesis come back to me, completely red with track changes was so demoralizing. But I really did grow a lot in that time and I feel like becoming a better science writer has helped me improve my ability to read papers.”

“You’re going to face genuine self-doubt at some point as a scientist. You’re going to get edits back on a paper or have an idea shut down and truly feel like you’re not good enough, even like someone made a mistake by admitting you/hiring you/giving you this opportunity/etc. Relax. It’s fine. It’s part of the process and you’ll figure things out and come out of the situation a better scientist. I constantly have to remind myself of this every single time it happens to me.” 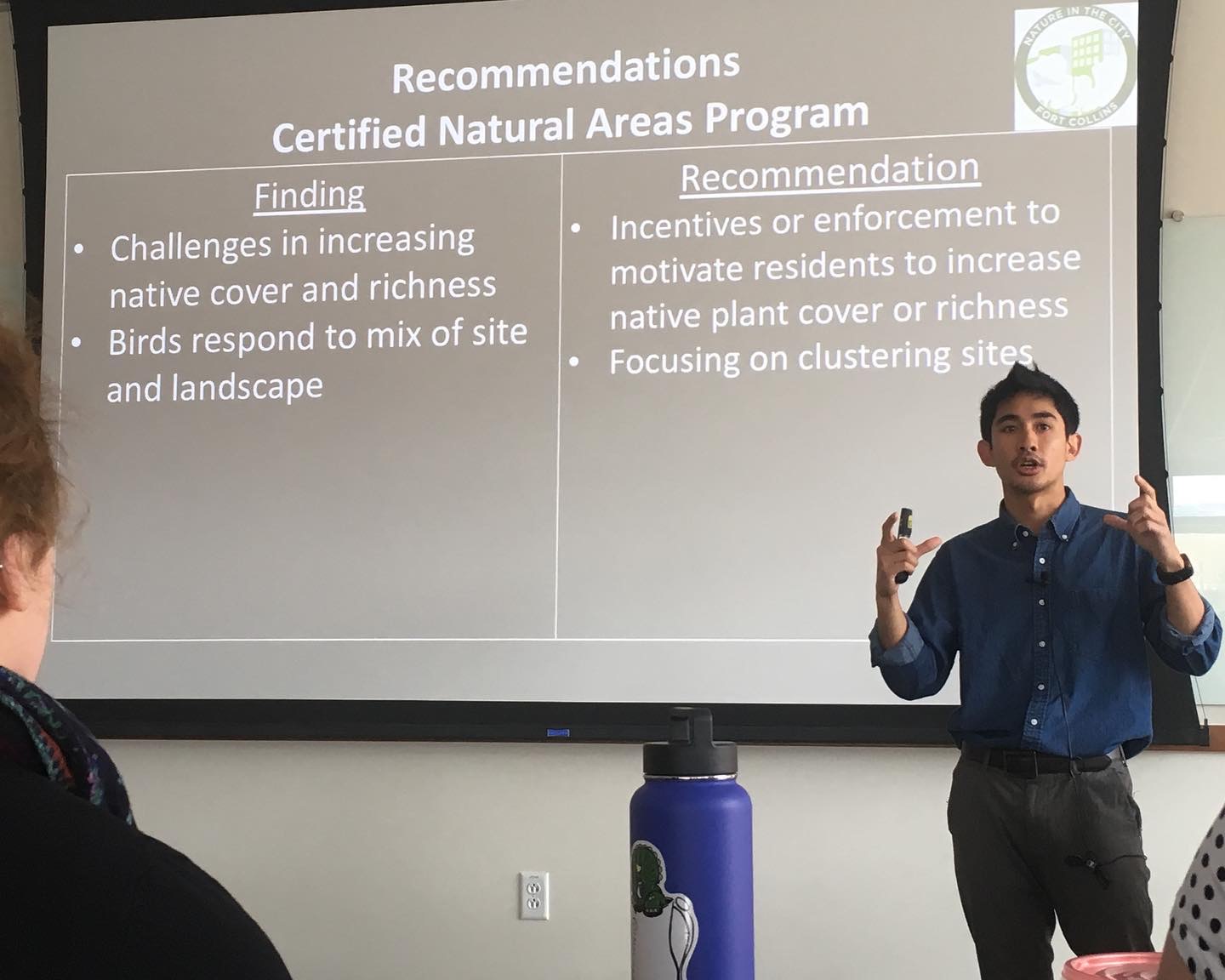 “I really haven’t spent much time in the lab, so no. But that’s only because I was bad enough in the lab that no one let me get that far. But things have definitely gone awry in the field. Part of urban ecology is trying to understand how backyards, lawns, and courtyards can provide habitat for wildlife species. As a result, surveying for urban wildlife often looks a lot more like trespassing. This, in combination with scanning for birds in the early morning with my binoculars has led to a lot of disgruntled residents.”

“I think I would’ve wanted to pursue a writing career. In fact, in the same month that I applied to grad school, I also applied to be a stage manager/bus driver (yes it was a two-for-one deal) for a cat circus called “Acrocats.” They were set to tour across the states and up into Canada. The romantic idea was that I’d travel the country in a bus full of cat carnies and write the next great American novel. I didn’t get an interview from the cat circus but I did get into grad school, so that decision was made for me. 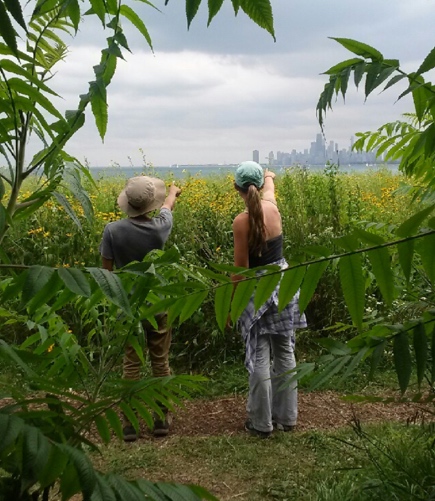 “I am most interested in urban ecology. That is, as a researcher, I’m fascinated with how wildlife (birds in particular) can adapt to the environments that humans have built. With this in mind, I figured: what better place to think about this concept than the most highly urbanized ecosystem in the country? Also, so many of my favorite artists and writers have lived here and, with my partner doing her PhD at CUNY, it felt like the right time to live out that dream.”

“I saw Pizza Rat! You have to understand, there are very few celebrities in the urban ecology world, so when I saw a rat carrying a slice of pizza, just like in the viral Youtube video, I flipped. They say you might just run into your favorite celebrity on the streets here – didn’t expect mine to be a rodent.”

“As a non-lab scientist, I don’t think I want to be a lab animal of any kind. As a birder, I would happily be a Peregrine Falcon in Manhattan.” 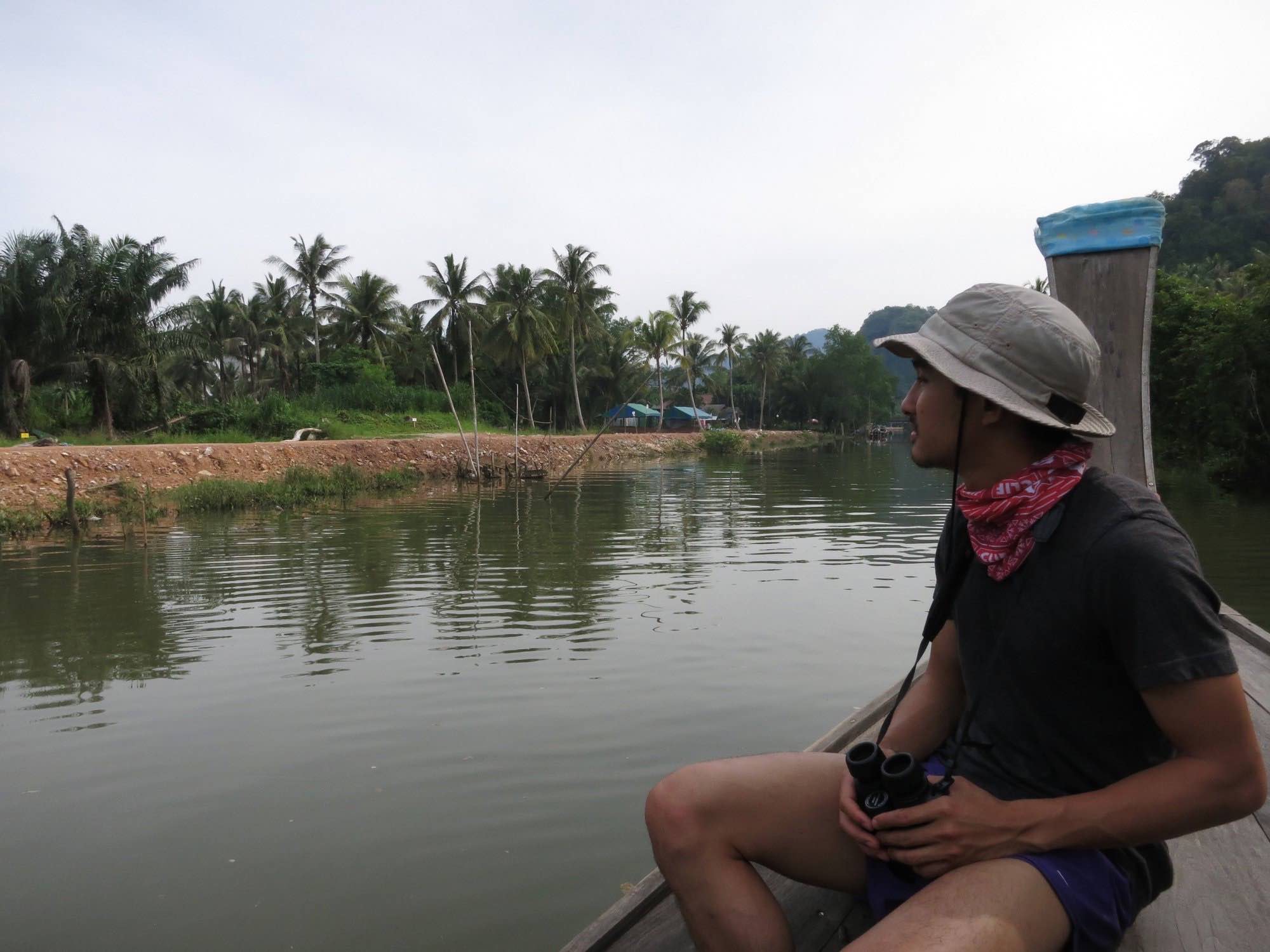 “When I first got here, I talked with my partner and we both decided we would probably leave when she finished her PhD. Now, just under a year into living here, I’m not so sure. Still figuring this one out.”

“If you’re a New Yorker reading this and you don’t already know this, this city is AMAZING for birding. We live right on the Atlantic flyway so we get a ton of migratory birds during spring and fall migration. From my perspective, this is one of the coolest thing about this city – you can catch a Broadway show on a Friday night, then have a 13 warbler morning the next day. I feel like not enough New Yorkers realize this.”

Visit RockEDU Programs at the Rockefeller University
Download
Files of Mikko Jimenez
Save to Google Drive
Files of Mikko Jimenez
Your download is opening in a new tab. Please allow a few moments for large files to process.
Download is incompleted.
Please Try Again.
Save is completed.
Saving is incompleted.
Please Try Again.
Review has been sent.
Review wan't sent due some issue.
Please, try again later.