Kristi Ashley Collom is a Senior Research Associate and Dolphin Catalog Manager for Gotham Whale and an acoustic analyst for Wildlife Conservation Society’s New York passive acoustic monitoring research. Prior to these positions, Kristi completed her graduate degree in Animal Behavior and Conservation with Dr. Diana Reiss at Hunter College.

Kristi grew up in New York City, and began her wildlife career as a polar zookeeper at the Central Park Zoo, where she worked with seals, sea lions and penguins. Kristi traveled to Belize with Oceanic Society to study bottlenose dolphins, and ultimately ended up back in New York City working in marine conservation. 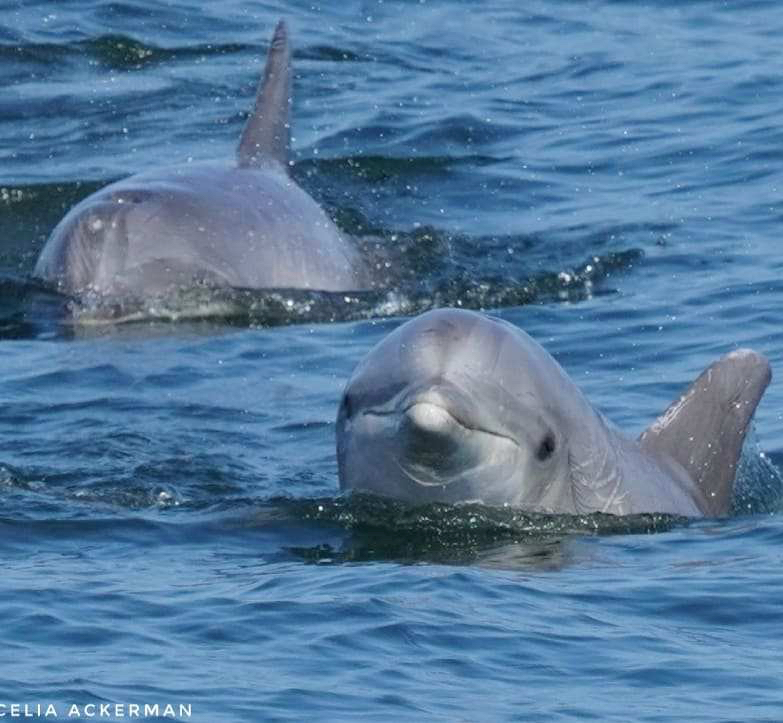 “I have always loved solving puzzles so it makes sense that I would want to do that for the rest of my life. When I was a kid, I would follow around my cats and record their sounds then ask my mother to translate for me. Since my father was a singer and was always playing the piano to wake me up or cheer me up, music was a massive influence on my life. I knew I wanted to work with animals but I wasn’t exactly sure what that would look like. When I found out there were SPIES eavesdropping on marine mammal sounds in the ocean, that “clicked” for me like a dolphin echolocation bout. I can’t imagine doing anything else now.”

“Everyday? I’m constantly battling imposter syndrome and I think that’s the norm of being a scientist, especially when you are trying something new or different. Still, my father liked to say “if you don’t fail, you’re not trying hard enough,” and while that sounds like tough love, it’s really a parachute for when you doubt yourself. When I first started working with Gotham Whale on the American Princess whale-watch, I got a grant to install a 360 degree camera array to record our dolphin sightings with go-pros and gimbals to keep the footage stable. It failed miserably, but I still think it was a good idea in theory. You’ve got to take risks, be creative and never let anyone else debunk your ideas. That’s your job. That being said, I wouldn’t be here today without the dozens of people that helped me understand how to be a dolphin spy and every scientist needs a think tank and support system from those who know better then you. It’s okay to be unsure. We’re always unsure.” 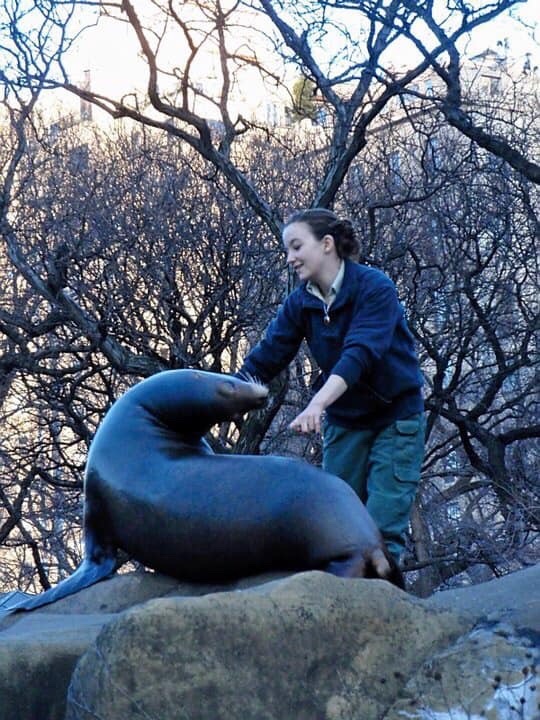 “It’s never too early to start exploring the scientific realm and advocate for what you’re passionate about. If any students are interested in working on dolphin research in New York – I’m always open to possibilities, there’s always more to do. Let’s connect – kristi@gothamwhale.org”

“Closest comparison I have is a gust of gas and fish juice spewed at me during a humpback whale necropsy when preparing to remove and navigate the intestines. Delicious.”

“Opened a bed and breakfast where you can have a trial run with animals for adoption. I still might do that one day, I love the idea.”

“I’m a native and the only alternative would be a remote island if I won the lottery. But I think about exploring other parts of the world all the time, I’m just not ready to leave the dolphins in this city just yet.” 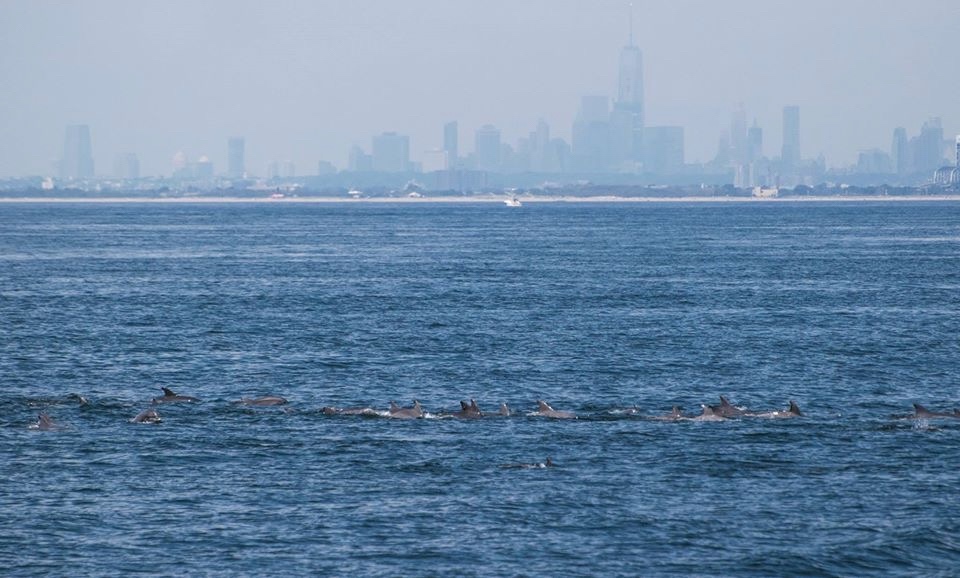 “1) A pet pot-bellied pig walking down the street in Williamsburg 2) I went out on this adventure-cruise motorized raft (basically) to try and photograph / record a whale in the dead of winter wiith Bjoern Kils. When the whale surfaced (imagine if it breached!), the wind and waves were so strong the craft shifted sideways and it felt like we might capsize! It was exhilarating, terrifying and I’ve never laughed more in my life. 3) The Polar Bear Plunge on New Years Day is absolutely ridiculous but everyone should try it at least once. Hundreds of people in swimsuits and costumes, some with dogs on January 1st at Coney Island.”

“I plead the fifth.”

“LOVE THIS QUESTION. A peacock mantis shrimp, because I want to see all the colors of the wind.” 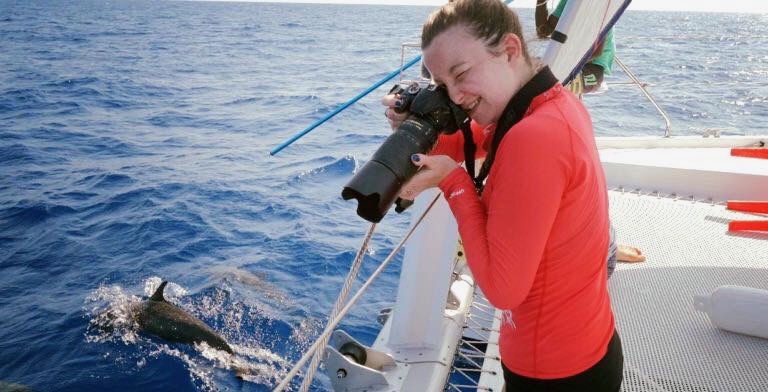 “It’s surprisingly hard naming dolphins, we want to name ours after New York City idols, artists, musicians, politicians and any influential or outstanding local. We already want to include Bernie Sanders, Jimmy Fallon, every member of the Wu Tang Clan and Cardi B. Do you have any suggestions?!”

“My laptop. It’s a sad but very honest answer.”

Visit RockEDU Programs at the Rockefeller University
Download
Files of Kristi Ashley Collom
Save to Google Drive
Files of Kristi Ashley Collom
Your download is opening in a new tab. Please allow a few moments for large files to process.
Download is incompleted.
Please Try Again.
Save is completed.
Saving is incompleted.
Please Try Again.
Review has been sent.
Review wan't sent due some issue.
Please, try again later.