Kathryn Eckartt is a Graduate Student at The Rockefeller University where she specializes in Microbiology research. This past Spring, Kathryn volunteered as an advocate in RockEDU’s LAB Jumpstart—a program designed to expose students from underserved community to research and laboratory skills—and was paired off with a high school student in an attempt to facilitate a smooth transition into science, research and the Rockefeller community.

Kathryn grew up on Long Island, and recounts visiting the city frequently since childhood. Although New York City is quite different than her hometown—specifically in regards to noise and privacy—Kathryn is, “learning to appreciate the little patches of wilderness in the city” and the fact that “just about anything you could want to do happens in or around the city!”. 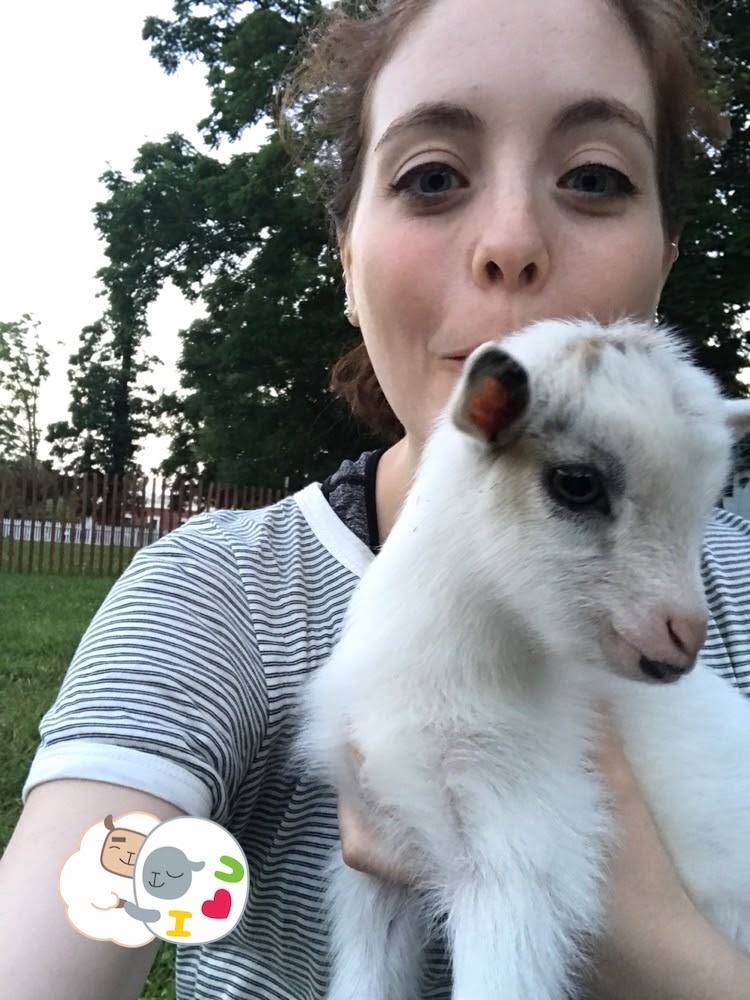 “I really enjoy being at the forefront of knowledge and having the possibility to change the world with what we learn. We’re learning things that no one else knows and shaping the future! I’ve always really enjoyed science but up until high school I planned on becoming a science teacher. I didn’t realize that “regular” people could even become scientists- I assumed that only unfathomably smart people could. It wasn’t until my science teacher mentioned that he thought I’d be a good scientist that I started really considering going to college to study biology instead of teaching. This teacher fostered my curiosity and convinced me that you didn’t need to be a genius to be a scientist, you just needed to be passionate about what you study and work as hard as you could.” 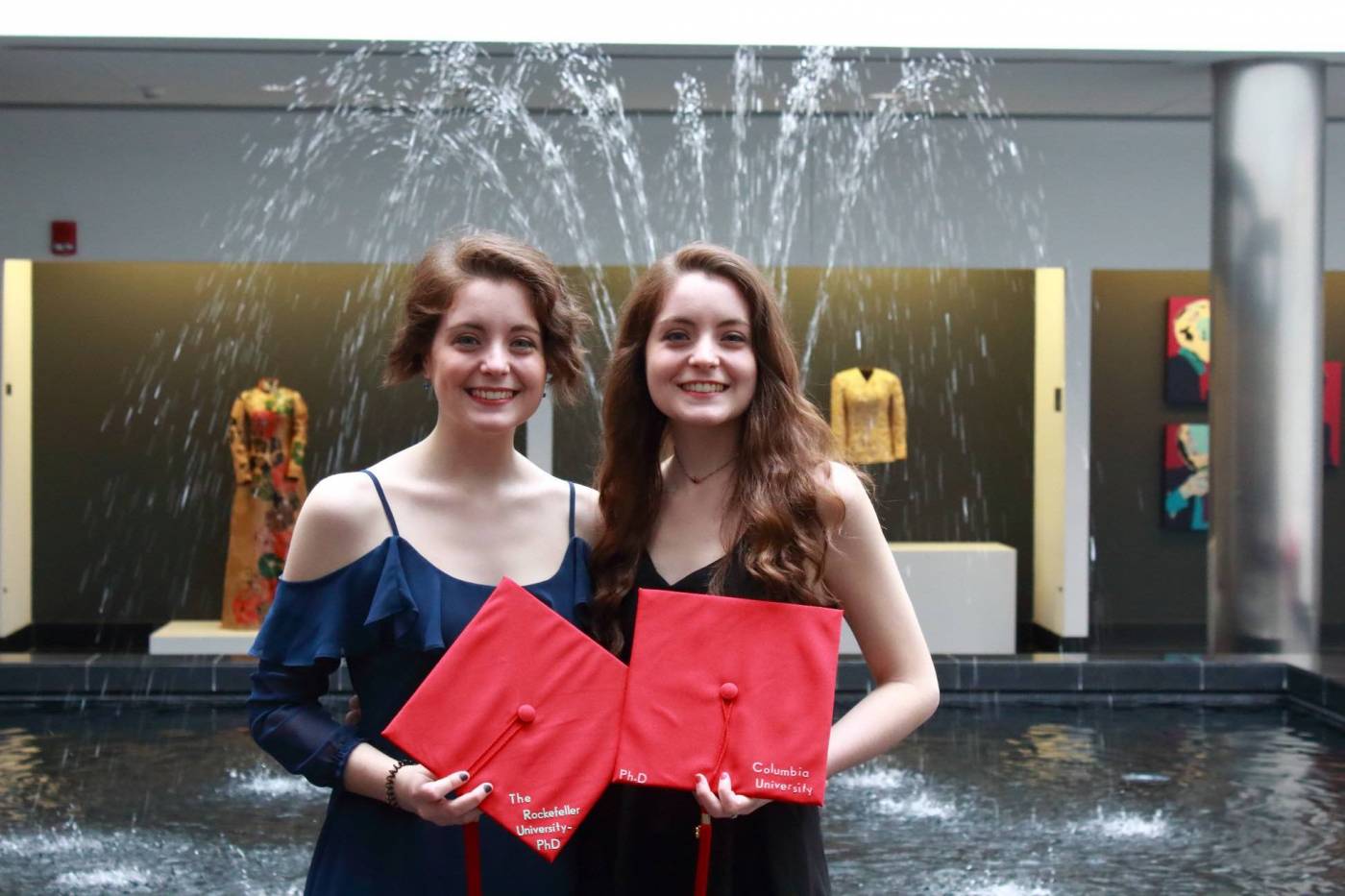 People always assume that my parents must have been scientists or doctors since my twin sister and I are both pursuing science- she’s a first year Biological Sciences PhD student at Columbia University- but my dad does business operations and my mom was an elementary school lunch aide. They always encouraged us to pursue what we enjoyed and it just so happens that we’re not only identical genetically, we identical in career choice! My parents might not understand exactly what I study, but they’re really supportive- my dad sends me every article he can find on CRISPR of tuberculosis.

“The first research team I was on was undergraduate-led- we were basically let loose in a lab and told we could study whatever we wanted- and so many of our experiments failed. This was the first time any of us had worked in a lab and the amount of times we came into lab to find all of our bacteria dead is higher than I’d care to admit. I was pretty disheartening. But each time we went back over our protocols and realized what we did wrong- not enough DNA, too much restriction enzyme- and didn’t make the same mistakes again. I learned so much that summer and perhaps most importantly of all, that a lot of doing science is failing and still trying again.”

“I’ve never made anything explode, but when I was an undergrad the graduate students let me eat a liquid nitrogen frozen Saltine once our PI had gone home for the night! I looked like a dragon with smoke coming out of my nose- the cracker really only tasted like salt and cold (and this was cold enough for it to be a flavor and not just a feeling).”

“If my apartment building were burning I’d definitely save the cat my roommates and I adopted- her name is Fifi and she’s wonderful! She’s blind in one eye so I’m not sure how well she’d fair getting out on her own. If the lab were burning I’d probably save the Elliot Alderson Funko figurine I have above my desk. All of my science is backed up online and I can’t pick one strain of bacteria to save, it’s like asking me to pick my favorite child.” 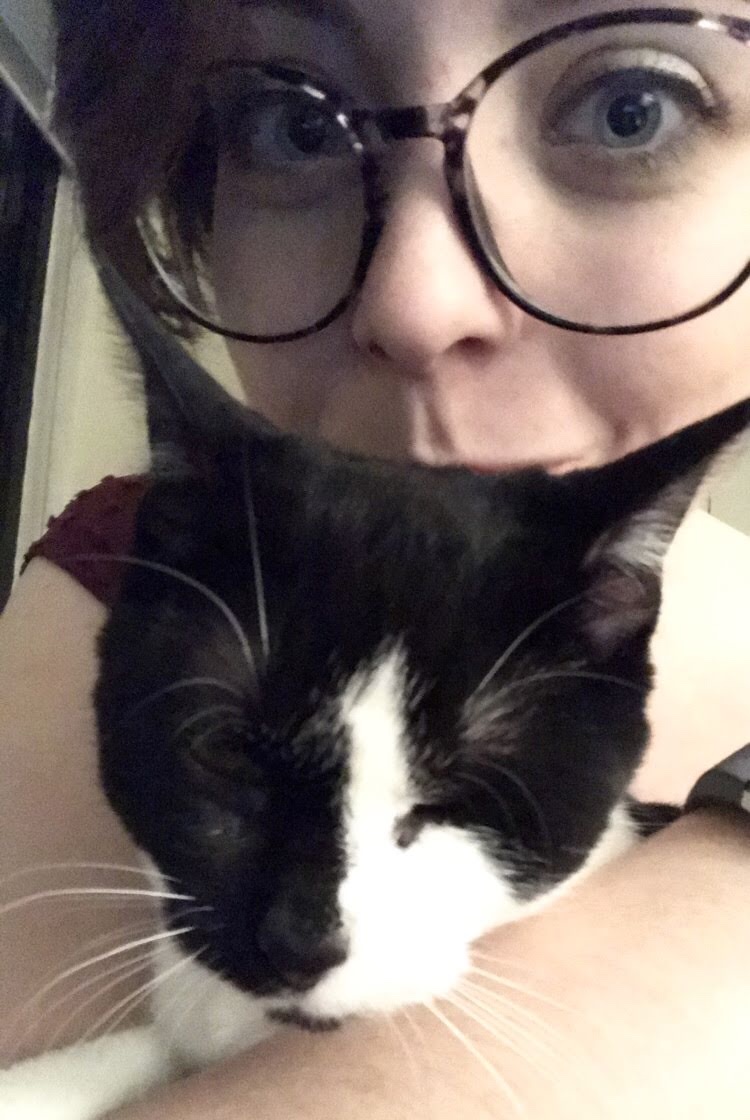 Visit RockEDU Programs at the Rockefeller University
Download
Files of Kathryn Eckartt
Save to Google Drive
Files of Kathryn Eckartt
Your download is opening in a new tab. Please allow a few moments for large files to process.
Download is incompleted.
Please Try Again.
Save is completed.
Saving is incompleted.
Please Try Again.
Review has been sent.
Review wan't sent due some issue.
Please, try again later.