Gravitational waves exist, climate change is real, and Donald Trump is the Republican nominee for President of the United States.

Last fall, nearly all polling suggested that Donald Trump would win the Republican nomination. But political leaders and pundits trusted their guts instead of the math. Few believed his run would succeed, and the Republican establishment did little to stop it.

Today, Trump is preparing for the General Election, just as the polls predicted. In his article, How I Acted Like A Pundit And Screwed Up On Donald Trump, data expert Nate Silver admits making a “big mistake” by “selectively interpreting the evidence” and using “subjective odds” rather than basing estimates on a statistical model. Had he stuck to a data-driven approach, he concedes, he would have predicted Trump’s upsurge far earlier (he went back and ran data from the fall and winter to confirm).

Similarly, this spring, New York Times columnist and Hillary Clinton supporter Paul Krugman wrote an OpEd piece advising Bernie Sanders supporters who were “Feeling the Bern” to instead “Feel the math.” The data clearly forecasted Clinton as the likely winner; Krugman projected that Sanders would need a mathematically improbable 13-point lead in primaries going forward to overtake Clinton in pledged delegates. His piece (and the twitter movement it inspired) sought to get Sanders supporters to stop listening to their passions, and instead pay attention to the math.

In Hillary Clinton’s acceptance speech at the Democratic National Convention, she stated “I believe in Science.” Scientists listen to math.

A century ago, Einstein listened to the math when he developed his theory of General Relativity. That math was confirmed earlier this year, when scientists at LIGO finally detected gravitational waves.

Similarly, Peter Higgs and five other physicists listened to the math when they predicted the existence of the Higgs Boson in 1964. That math was confirmed 50 years later, when the particle was ultimately observed in 2012.

Most recently, scientists have hypothesized the existence of Planet X, based entirely on listening to the math of the unusual orbits of a clustered group of celestial bodies at the edge of our solar system. Although scientists have yet to observe this planet, they have shown there is only a 0.007% chance that the clustering could be random. That is math worth listening to.

But when it comes to politics and personal passion, our relationship with math is much more complicated. And when passions scream, the math is hard to hear.

In Merchants of Doubt, historians of science Naomi Oreskes and Erik M. Conway address people’s vehement dismissal of global warming as a form of denial: “For the past 150 years, industrial civilization has been dining on the energy stored in fossil fuels, and the bill has come due. Yet, we have sat around the dinner table denying that it is our bill, and doubting the credibility of the man who delivered it.” Scientists have known about Global Warming since before 1900. As early as 1989, Al Gore had a data-driven PowerPoint presentation (the precursor to An Inconvenient Truth) warning us of the dangers of global warming and calling for immediate action to combat it. But it wasn’t until December of 2015, when world leaders met in Paris at COP21, that these leaders (finally) listened to the math, and came to the first major agreement for action. Author and social activist Naomi Klein, in her book This Changes Everything, calls climate change a “civilizational wake-up call… Telling us that we need to evolve.” The first step in this necessary evolution is listening to the math.

Another ongoing debate surrounds the world of vaccines. Speaking at Caltech commencement this past June, Atul Gawande (surgeon, writer, and public health researcher) called upon graduates to counter the frightening, widespread mistrust of science. Gawande spoke at length about the controversy over vaccines. Many believe that vaccines cause autism and have other dangerous side effects. Science proves this false time and again. But many people continue to listen to the myths instead of the math. As the myths became more popular and widespread, Gawande says, “vaccine rates plunged, leading to outbreaks of measles and mumps that, last year, sickened tens of thousands of children across the U.S., Canada, and Europe, and resulted in deaths.” It is not okay to disregard the math when it means not vaccinating your children, risking their lives and the lives of those around them. In her book On Immunity: An Inoculation, Eula Biss shares her thoughts on vaccination: “Immunity is a shared space––a garden we tend together.” To avoid vaccination is to ignore the garden, and to ignore others. Just as weeds take over an untended garden, disease takes over an unvaccinated world.

On a similar note, the US Congress has not taken action to fund a bill fighting Zika virus, even though the CDC lists over one thousand confirmed cases within the United States, the first confirmed US death in Utah, and the first four locally transmitted cases just this week in Miami. As Washington Senator Patty Murray said, Congress Republicans “don’t want to give our administration a penny more, and as a result of that delay, we are behind the eight-ball as mosquito season comes this summer.” Passion and politics once again drown out the math.

“Many people continue to believe,” Gawande says, “despite massive evidence to the contrary, that childhood vaccines cause autism (they do not); that people are safer owning a gun (they are not); that genetically modified crops are harmful (on balance, they have been beneficial); that climate change is not happening (it is).” The math in these matters is unmistakable, and shouldn’t be hard to hear. Vaccines save lives every day, guns take lives every day, and genetically modified crops are a solution to an impending global food crisis, brought about by overpopulation that really is causing climate change. If skeptics refuse to accept these truths because personal passions tell them otherwise, dangers that could be prevented will only grow worse.

Last Week Tonight host John Oliver aptly described the recent Republican convention as a “four-day exercise in emphasizing feeling over fact,” where speakers repeatedly implied that “believing something to be true is the same as it being true.” The Democratic convention, on the other hand, wasn’t without feeling, but was grounded, as Clinton emphasized, in a belief in science. I, like Gawande and Clinton, believe that to solve the issues of our time, we need to find a balance between passion and evidence-based research. Gawande describes truth-seeking as “pursuing ideas with curiosity, inquisitiveness, openness, and discipline.”

So if you believe in science, when election day comes around this November, even if you don’t feel the “burn” for Clinton, at least feel the math. Vote.

Next
Ella Epstein on Genome Editing With Crispr 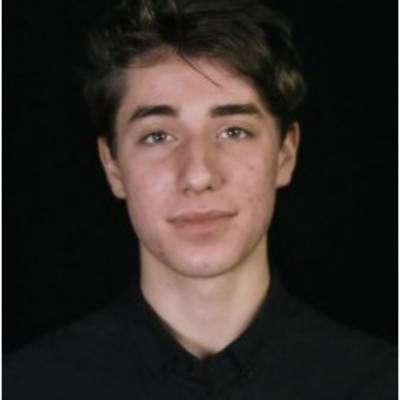