Editor’s Note: This post is being republished as an updated version of a previous SCIONY post from 2016.

Devon Collins, Ph.D., is an Assistant Professor of Biology at Bard High School Early College. Devon completed his graduate degree and post-doctoral training at The Rockefeller University where he specialized in Neuroscience research.

Devon grew up in Indianapolis, Indiana. In contrast to New York City, Devon shares that that it’s quite a bit smaller and “a whole lot sleepier”. However, much like NYC, there’s great food, art and music, which Devon claims makes the city “feel a lot like Manhattan or Brooklyn, except everything closes earlier.” 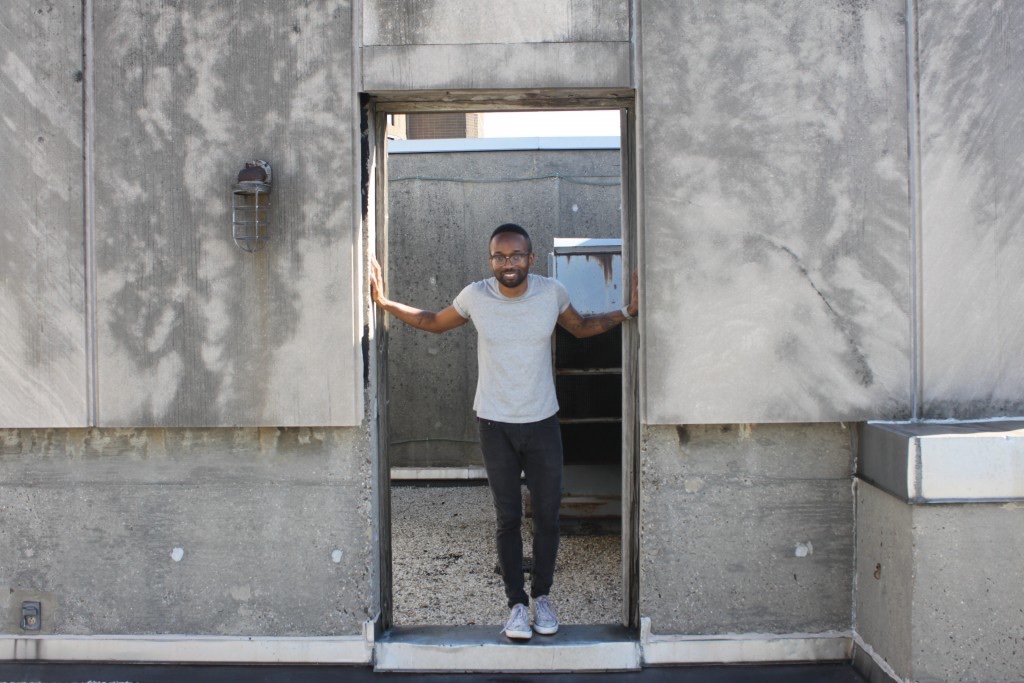 “It’s pretty hokey and sentimental, my favorite thing about being a scientist is getting to act in the service of humanity. . . I actually did always want to be a scientist. I always pretended to be a scientist working in a lab, curing diseases or building technologies that would save the world from some huge problem. I was a huge Star Trek nerd growing up, and despite the hilariously bad TV technobabble, I always liked how Gene Roddenberry and co. recognized science as being a huge part of human advancement. That really resonated with me.”

. . . it’s pretty amazing knowing that my work contributes in some way to solving humans’ problems.

“Haha, every day? There aren’t a lot of other black faces in academic science, so it can feel pretty lonely sometimes, but I have a great group of scientist friends who are mad supportive and just amazing people.”

“Don’t let impostor syndrome get you down. You made it and you’re good enough. Whenever it hits, ask yourself, “who told you you’re not good enough? Who told you you don’t belong here?” I mean, if you get caught up in comparing yourself to this person or that, how are you ever gonna find yourself, am I right?” 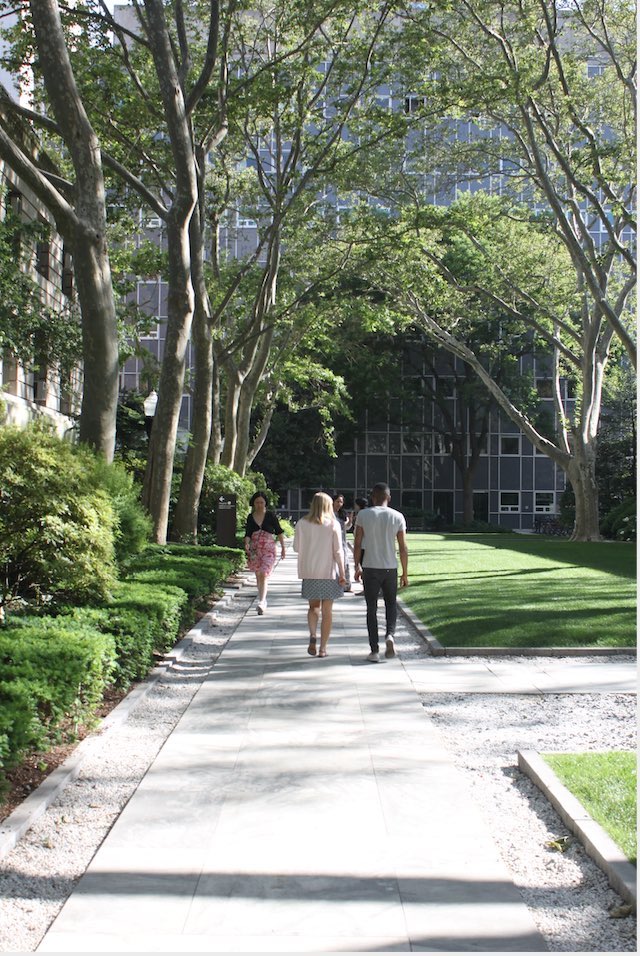 “Explode, no. But that would be pretty metal. One time, though, I did accidentally freeze something that shouldn’t have been frozen. It didn’t lead to any major consequences, so it’s a pretty boring story.”

“I probably would have been an English teacher.”

“I came here for grad school. I was choosing between UChicago and Rockefeller University. I had lived in Chicago for several years already and wanted a change, so I picked Rockefeller. I thought it’d be exciting to have a change in location and get out of the Midwest for even just a few years.” 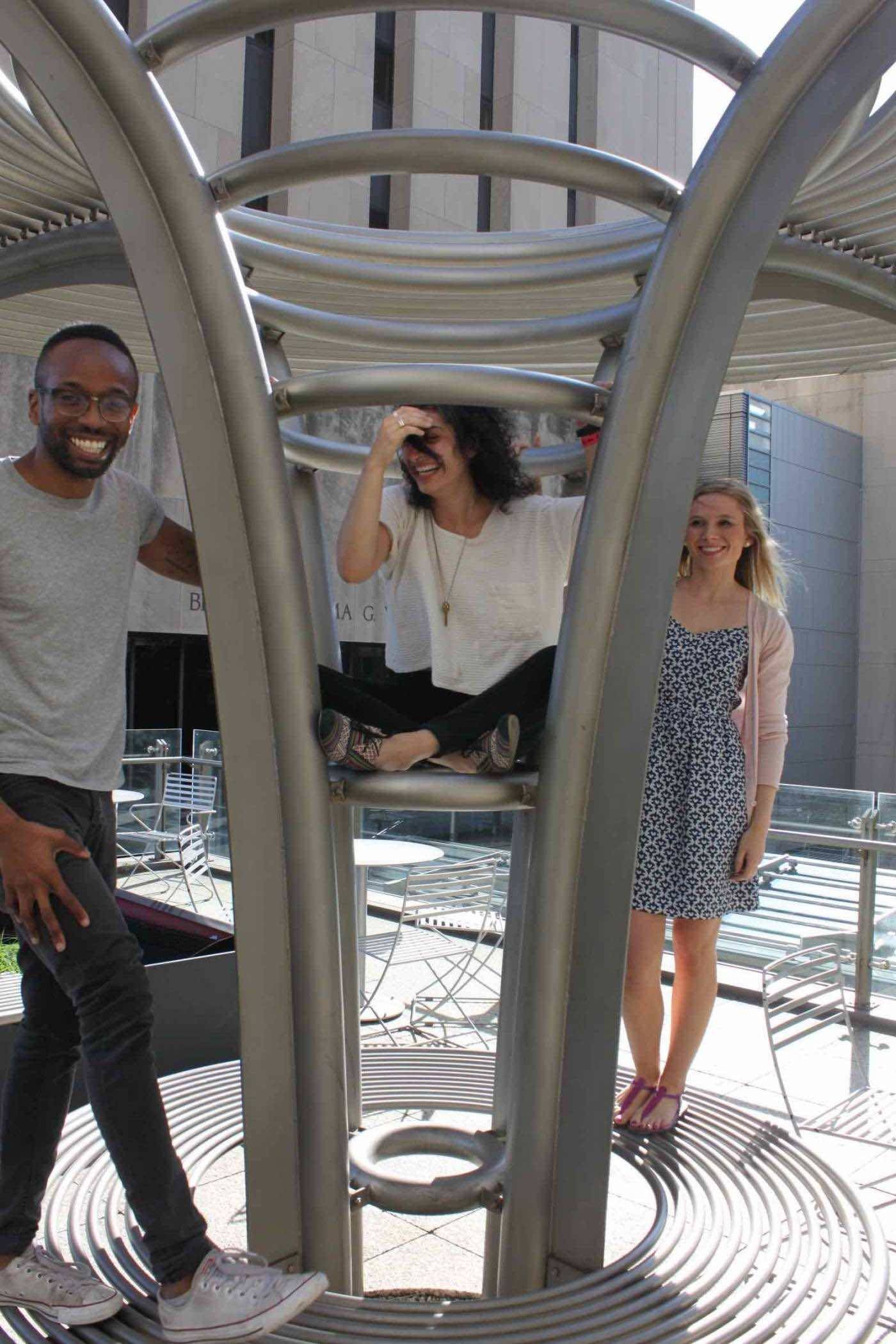 “Honestly, I still get creeped out by those Times Square Elmos.”

Do you plan to stay in NYC?

“I think so. I’ve already done one cross-country move, and I’m kind of loathe to do another. Plus, New York has gotten its claws in me. It’s ridiculous, but now I find it hard imagining living anywhere else.”

“Zebrafish. I feel like it’d be cool to be optically transparent.”

“Eh… nothing in lab is that crucial. But at home, I’d grab my cat (my dog would just follow me).”

Visit RockEDU Programs at the Rockefeller University
Download
Files of Devon Collins
Save to Google Drive
Files of Devon Collins
Your download is opening in a new tab. Please allow a few moments for large files to process.
Download is incompleted.
Please Try Again.
Save is completed.
Saving is incompleted.
Please Try Again.
Review has been sent.
Review wan't sent due some issue.
Please, try again later.