Caryn Hale, Ph.D,  is a Research Associate at The Rockefeller University where she specializes in Molecular Neuroscience and RNA Biology research.

Caryn grew up in South Louisiana, where she recount that “pretty much everything was different [from New York City]. According to Caryn, due to the unique culture of Louisiana—including its cuisine and holidays, “Louisiana isn’t like anywhere else in the country . . . it’s the land of crawfish, college football and water sports . . .”

“There’s two things about being a scientist that keep my going at it. The first, and I think this is true for a lot of people, is that there is a special high that comes with being the only person on the planet who knows something. I love taking some problem that seems really hard to solve, or even impossible, and working really hard to solve it. That feeling that you finally figured it out is just unbelievable. My second favorite thing about science is introducing science to other people. I’ve found such joy in science, but it all becomes very real when I can find a way to inspire someone else to do science and love it like I do. Whether it’s in the lab or in the classroom, my favorite moments are when a student really gets something that they didn’t know before; especially if they didn’t think they had the ability to understand it. I think I have science in my blood. My dad is a chemical engineer, my mom is a teacher, and I have one grandmother who was a zoologist and one who was a chemist. So I think I was designed to do and teach science . . . ” 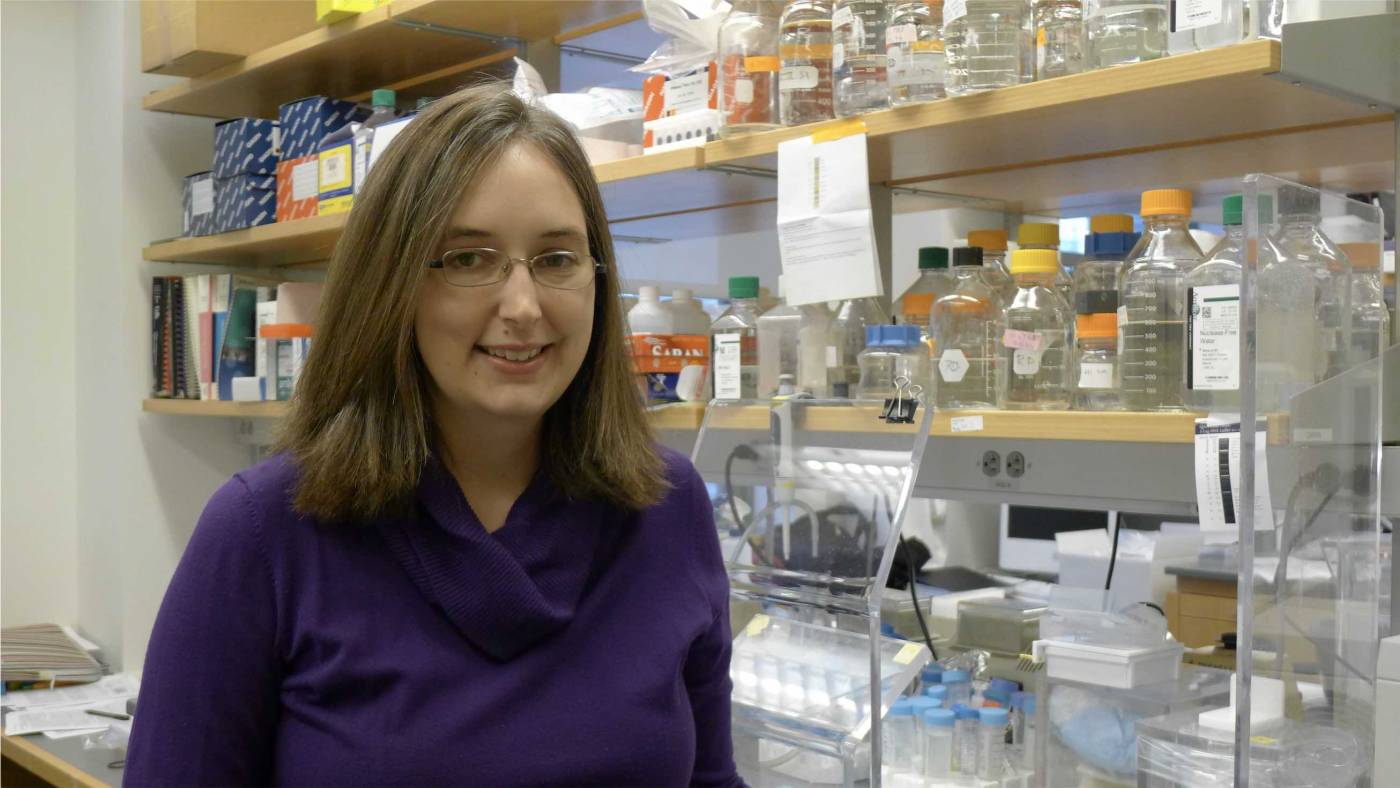 I remember clearly being in my first molecular biology class and the professor was explaining how mRNAs are translated into proteins by the ribosome and I thought, “that’s the most amazing thing I’ve ever heard”, which was immediately followed by, “someone found that out”, which was immediately follow by, “I want to be someone who finds things out like that”. I was hooked.

“My story is that I got married right out of college, had my daughter during my fourth year of grad school, and was pregnant with my son when I defended my thesis; so there’s no part of my path that has not been challenging. Being a woman in science is challenging, being a mom/parent is special kind of challenging. It’s a constant challenge for me to simultaneously be both the mom I want to be and the scientist I want to be. I guess one time that was a particular challenge was when I first moved to NY. I had overwhelming imposter syndrome and spent two years terrified that the people around me would realize that I lucked into the papers in grad school and really didn’t belong here. I just didn’t know who I was or who I was trying to be as a scientist. Honestly, what snapped me out of it was remembering my love for mentoring and teaching and sharing science with other people. When I got myself back connected into teaching and mentoring, I remembered who I was and the science just followed.” 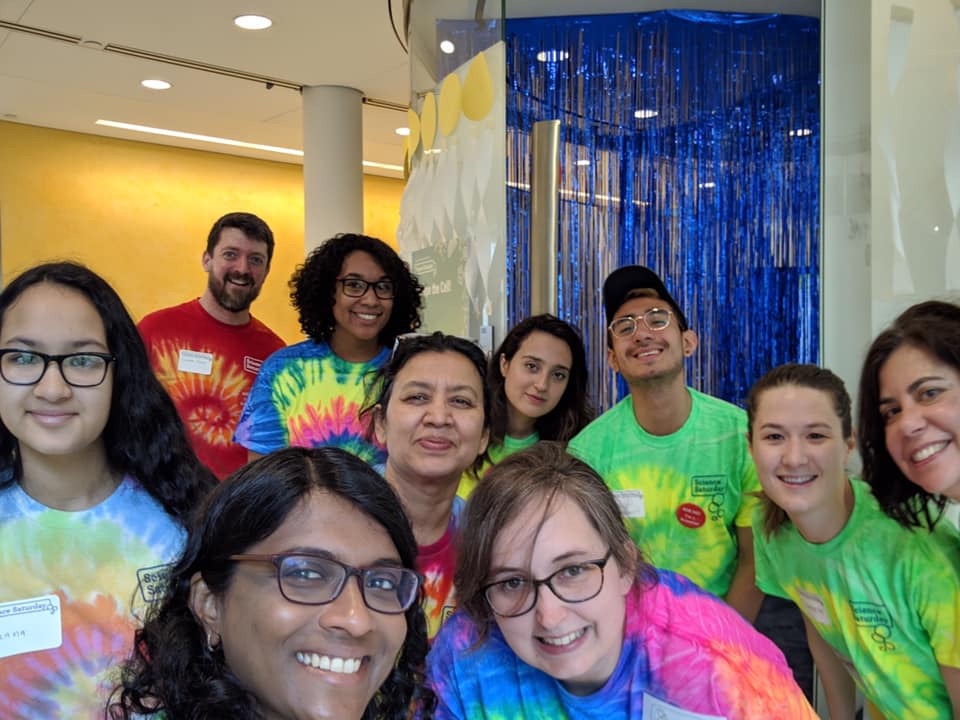 “I have two: 1. Figure out what you love, and just do that thing. Science is a tough job. The hours are wild and the amount of mental energy required can be really overwhelming if you’re not loving every moment of it. Science is my job and my hobby, and that’s good because it’s what I do in my “free time”. And if I didn’t love it; I would be incredibly miserable. So find the type of science that makes it feel like both a job and a hobby; otherwise it won’t be worth it. And be rigorous about it; make sure you really love it, and don’t stop trying different options until you find your passion. You’ll know when you find it. 2. Learn how to accept failure. If you’re not making mistakes; you’re not taking enough risks. Try a lot of things, and get comfortable with them failing. You don’t really know what you can do unless you’re sure of what you can’t do.”

“We used to play a game where we would put pellets of dry ice in eppendorf tubes and then put a P1000 tip on top of it. Eventually the tip would shoot off and we would have a dart board that we would aim at. That’s probably the only thing I’ve ever actually exploded…”

If you hadn’t pursued science, what would you have done instead?
“I would have gone to medical school. I think I would have enjoyed being a surgeon. I like the idea of taking things apart and fixing them, and I’m in awe of the people who do that with human bodies. But I would have made a terrible doctor; turns out I’m afraid of sick people.”

Visit RockEDU Programs at the Rockefeller University
Download
Files of Caryn Hale
Save to Google Drive
Files of Caryn Hale
Your download is opening in a new tab. Please allow a few moments for large files to process.
Download is incompleted.
Please Try Again.
Save is completed.
Saving is incompleted.
Please Try Again.
Review has been sent.
Review wan't sent due some issue.
Please, try again later.