This past June I was thrilled to be chosen to participate in the 2018 Science Diplomacy and Leadership Workshop offered by the American Association for the Advancement of Science (AAAS) Center for Science Diplomacy. Myself and 27 other participants gathered at the AAAS headquarters in Washington D.C. for a one-week long, immersive science diplomacy experience. After participating in Rockefeller’s first-of-its-kind Science Diplomacy course throughout all three years of my time as a student of the university, I felt somewhat confident in my knowledge of the field. Nevertheless, I was eager to learn more and meet new scientists and diplomats working in this sector. We received short bios of fellow participants prior to the workshop, and I felt overwhelmed by their levels of experience and expertise. After arriving on the first day and going through introductions, however, I immediately felt more comfortable and was excited to embark on the journey. Specifically, I was already familiar with my workshop leader, Dr. Marga Gual Soler, due to our interactions at various functions, and knew that her vibrant personality would make it an unforgettable week.

Presently, my thesis project focuses on Plasmodium falciparum, the parasite responsible for the most deadly form of malaria. On the first day of the workshop I found particular interest in a discussion on diplomacy in public health between Ambassador, Jimmy Kolker and F. Gray Handley of the National Institute of Allergy and Infectious Diseases. They candidly discussed their positive and negative experiences in implementing the President’s Emergency Plan For AIDS Relief (PEPFAR) in India and Africa. Afterwards, we were invited to attend a special event focusing on the history of scientific relations between Cuba and the United States. Various scientists and diplomats presented their fascinating projects—which operated across country borders. My favorite was given by Valerie Miller of the Environmental Defense Fund, where she spoke about her work with the SOS Pesca Project, a partnership between American and Cuban fisheries to conserve wildlife and bolster the marine economy. It was inspiring to see how cooperation between different countries could yield such positive change. 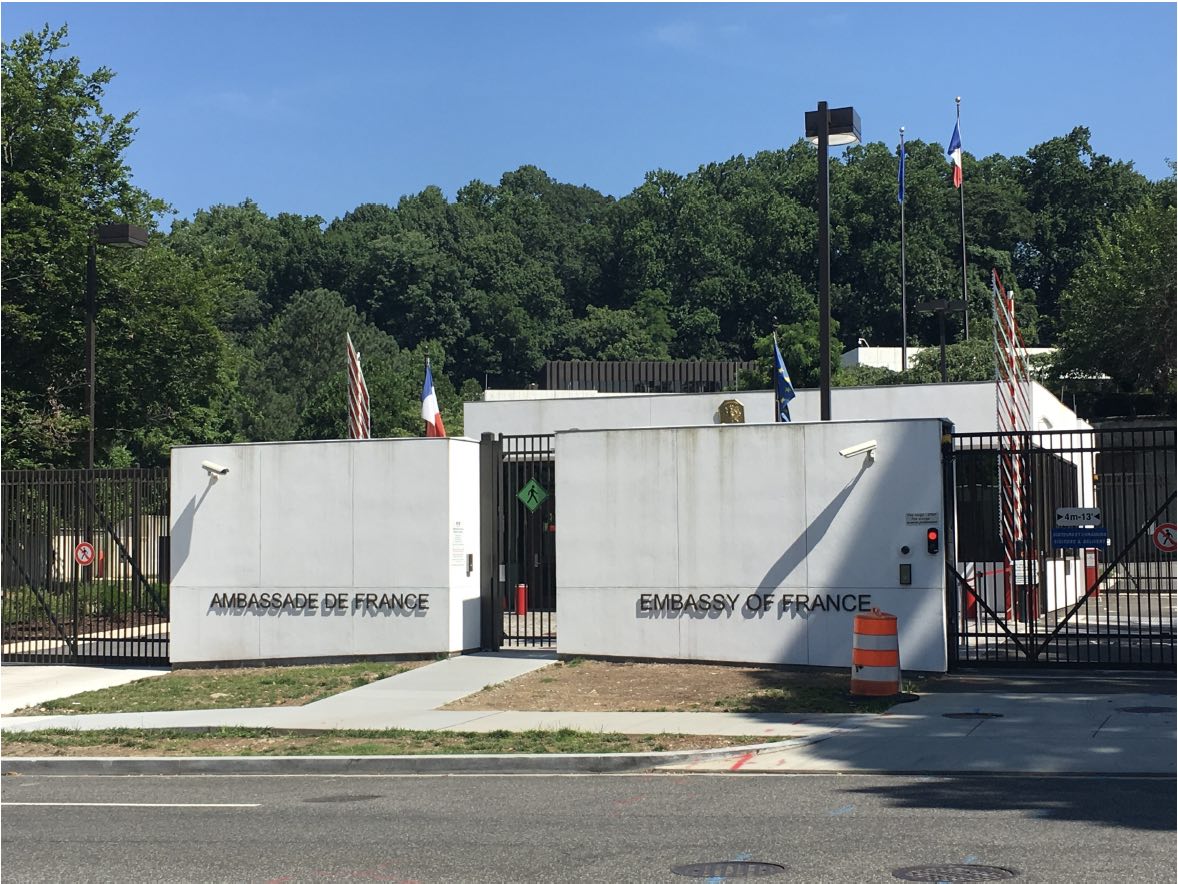 Our second day began with a delightful breakfast at the Embassy of France, where we heard from various international science diplomats about their experiences with international scientific relations. In the afternoon, we had an improvisation workshop with Boyd Branch. During this workshop, Boyd did an excellent job at getting us all comfortable with one another, and putting us in situations requiring on-the-spot thinking and communication; a skill that is critical in negotiations and scientific communication. 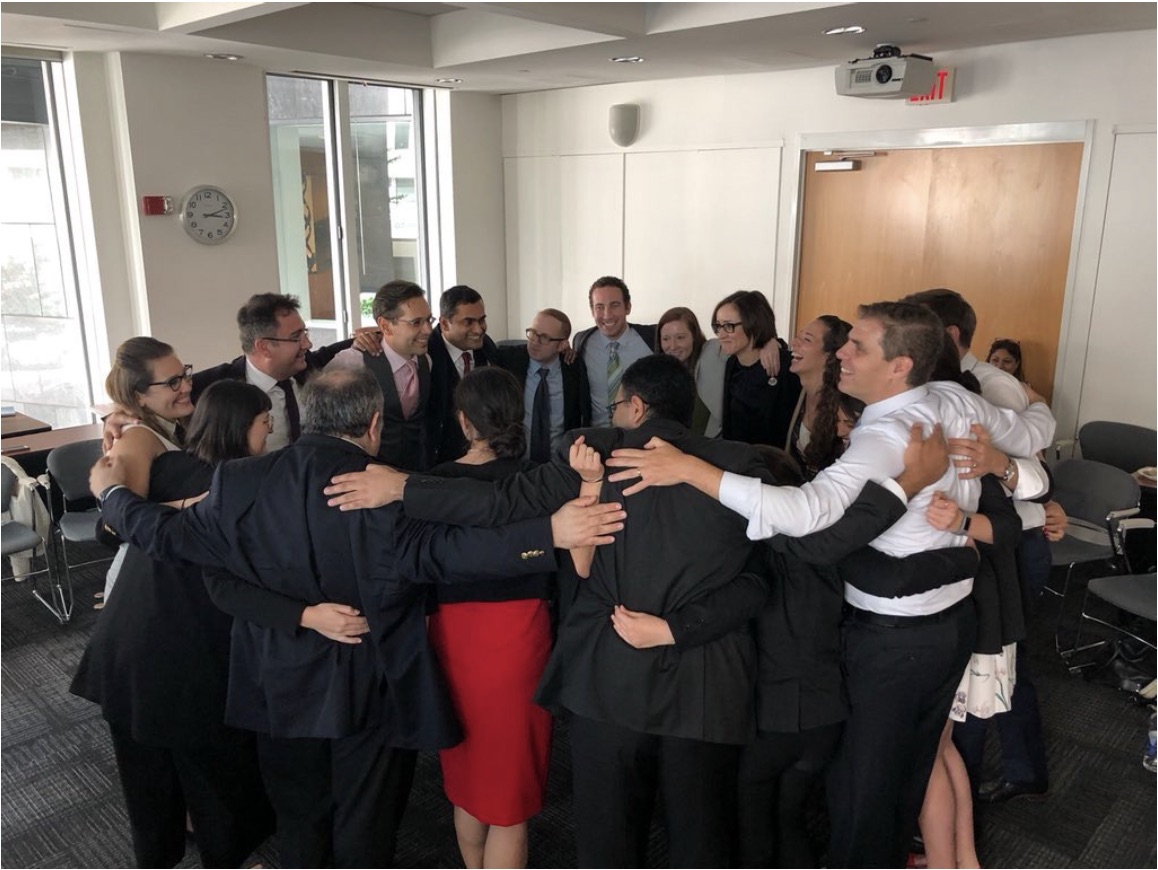 This workshop prepared us well for the following morning, when we tried our hand at a negotiation simulation called “The Mercury Game”. Developed by Leah Stokes, “The Mercury Game” assigns each player to the role of “national representative” or “lobbying group” in order to negotiate regulations on mercury pollution worldwide. My group was chosen to be representatives from China, and we all had a blast playing our roles. However, after the game had ended, our group felt overwhelmingly discouraged. How do international agreements ever happen? After over three hours of negotiating, our agreements had gotten barely made any progress. In the afternoon, we discussed the difficulty in regulation negotiations, and tactics for improving negotiation productivity. This experience provided an important lesson into the disconnect between aspirational rhetoric and tangible action.

The latter half of the week started with an excellent talk about scientific cooperation in regions under political strain, focusing on the Middle East and North Korea by Nizar Farsakh, a Palestinian diplomat, and Richard Stone, author and editor at Science. We all discussed the ways in which scientists can serve as peacemakers by helping to facilitate partnerships based on problem solving. In the afternoon, we discussed the unique problem of conducting diplomacy across the oceans, and the ways in which the United Nations is working towards maintaining peace on the high seas. 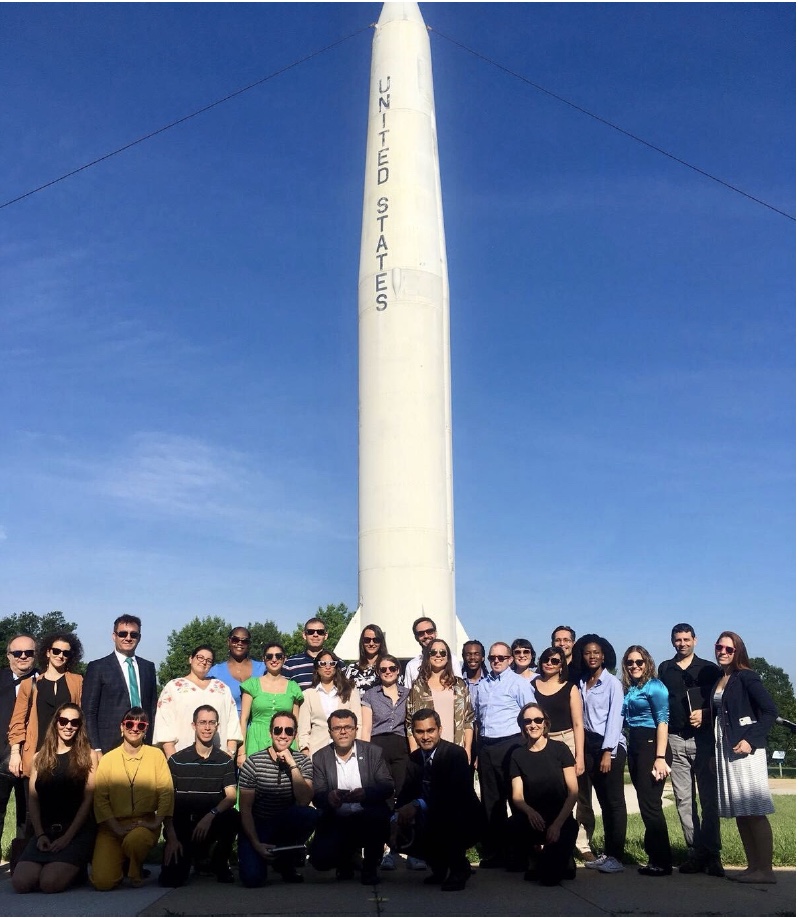 On the morning of our last day, we took a field trip to the NASA Goddard Space Flight Center where we got to hear from Dr. Paul Newman who spread public awareness of ozone depletion and participated in negotiations to reduce its effects. We also heard from other scientists studying climate change effects and how they approach communicating its dangers to the general public and climate change deniers. They had some great advice on how to navigate difficult discussions. After returning to the AAAS we heard from Dr. Peter Hotez about more domestic matters. As a vaccine researcher, he speak out about their safety and warns against the dangers of their widespread disuse. The week ended at a lovely networking reception where I had the opportunity to chat with Tom Wang, director of the AAAS Center for Science Diplomacy, and other graduate students about including more opportunities for science diplomacy education at the graduate level.

As a wonderful epilogue to the workshop, I had the pleasure of attending the AAAS Science Diplomacy conference in September. Here, our university organization was invited to host a workshop. Similar to the Mercury Game, we ran a negotiation simulation on the subject of climate change where groups mimicked international negotiations to limit carbon emissions. The following day a session named “Beyond Borders: Migration, Health, and Diplomacy”, was held, where presenters discussed the ways in which climate, disease, and greater mobility of peoples are affecting the world, and the critical role of science diplomacy in mitigating these strains. An alumnus of the workshop, Dr. Dominique Carter, moderated another great panel focused on the role of science diplomacy in the changing global ecosystem. The conference left me inspired by all the ways science diplomats can create positive change in a world where the role of science and technology is critical.

I am so thankful to the Hurford Foundation for their support, which allowed me to attend both of these life-changing events. I learned so much about the field and its available opportunities while gaining an incredible networking opportunity. Through the workshop, my 27 colleagues transformed into my 27 friends. We maintain consistent communication and intend on remaining each others’ “cheerleaders” moving forward.

These opportunities have helped shaped and guide my career aspirations as I progress through my graduate work. I am looking forward to applying this knowledge to my studies and sharing it with my peers at Rockefeller. 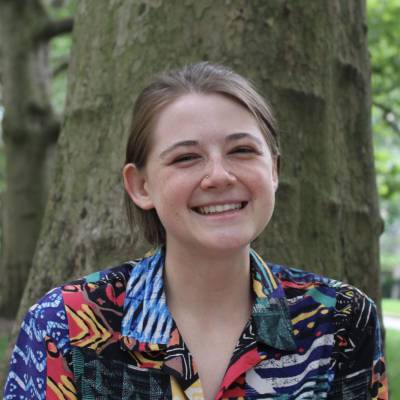