Below the blazing summer sun, thousands of baseball fans reach their arms up in a cascading succession that sweeps around the entire stadium. This collective motion is popularly known as The Wave. In an exhilarating display of sports comradery, The Wave can lap around a stadium up to a dozen times. The Wave is a group behavior that speaks to something deeply rooted in our animal nature, but we are not the only animals to participate in group behavior. We see group behavior when birds migrate to warmer climates during winter or when fish swim in schools to thwart predators. After considering group behaviors exhibited in humans, birds, fish, and other animals, we are left with a lingering question. Can organisms besides animals exhibit group behavior?

Excitedly the answer is yes! We can see group behavior in the smallest living things on our planet: bacteria. Bacteria are microscopic, single-celled organisms found nearly everywhere on Earth. We can observe over a sextillion (that’s a billion times a trillion) bacteria work together in a way that can be considered group behavior.

As a real-life example, take the bacteria living in the Indian Ocean. Satellite images from this area often reveal glistening seas that visibly glow in the darkness. This is because bacteria that light up – or bioluminesce – are covering a huge surface of the water. This phenomenon is known as “The Milky Sea,” and is made possible through a form of bacterial communication called quorum sensing (QS). When bacteria are in QS mode, single cells will work together as a community to make biological change such as turning on genes synchronously. In the case above, QS allows a giant community of bacteria to turn on genes for bioluminescence…at the same time! The rules for quorum sensing are similar to the rules for starting The Wave. In order for quorum sensing to occur, the following elements must be present 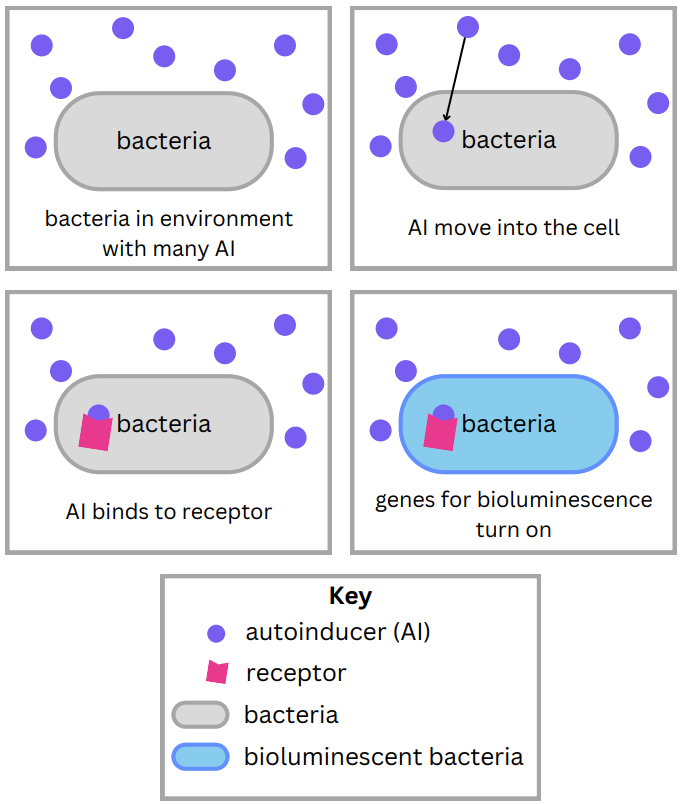 1. A suitable environment. Your surrounding conditions (aka your environment) impact whether you can do The Wave. If you were sitting in a library, you would not lift your arms up and shout to encourage other individuals to join you in The Wave (I mean, without getting major shhh’s from the librarian!). However, if you saw people at a Yankees game doing the same motion, you know exactly what it means and might choose to join in. Likewise, bacteria take in cues from their environment to trigger behavior. For bacteria, these cues are small molecules known as autoinducers (AIs). AIs are produced by bacteria and can be taken up by other, surrounding bacteria. AIs can bind to a specific location within the bacteria, known as a receptor. When this binding event occurs, it tells a gene to turn on. By taking in cues from their environment, bacteria can recognize when it’s time to turn on genes. 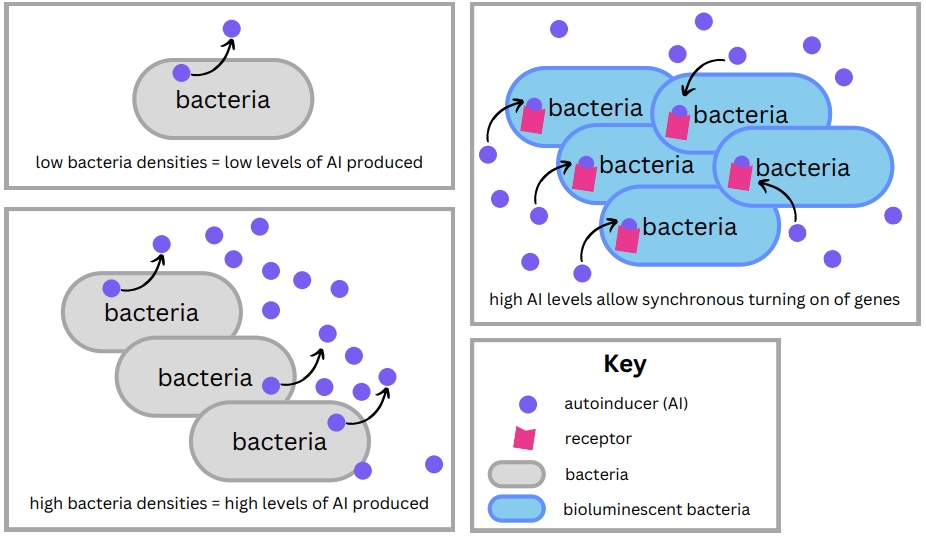 2. A large group. I’ve tried starting The Wave by myself with little success. You need the accumulation of participants to properly communicate that it’s time to for The Wave. Likewise, the number of bacteria present in an environment matters for quorum sensing. Scientists refer to the number of bacteria in terms of density. At low bacteria densities, AI levels remain low, and bacteria behave as individuals. In contrast, AI levels increase at high bacteria densities. The accumulation of AI is necessary for things to take place at the same time and give bacteria the ability to behave as a group.

We can see these QS elements in play in the case of The Milky Seas. 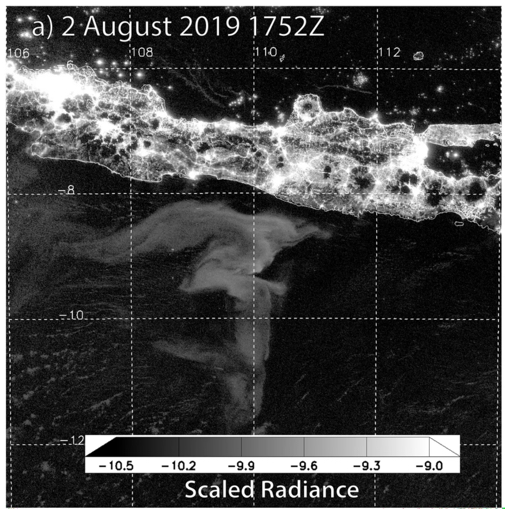 In this phenomenon, bacteria Vibrio harveyi produces an AI called acyl-homoserine lactone (AHL). Next, AHL is recognized by the bacteria and leads to an increase in production of a light-producing enzyme called luciferase. We see bacteria work as a group in areas of the ocean as large as 15,000 km2 (about the size of Connecticut) and glow for hours or days. However, the milky sea phenomenon is a surprisingly rare occurrence with only 235 sightings catalogued between 1915 and 1993. These sightings are noted around the world’s oceans but are most commonly found in warmer waters within the Indian Ocean and around Indonesia.

Scientists remain puzzled over how bacteria can reach such high densities in a vast and diffusive environment like the ocean. One clue comes from a research vessel which encountered the milky seas by chance in 1985. They collected water samples which identified V. haryevi living in symbiosis with a microalgae Phaocystis. Scientists think that milky seas arise during large algal blooms, which can provide nutrients for increased bacterial growth and thereby allow quorum sensing to occur.

With the right conditions, bacteria can communicate with each other to transform an ordinary ocean into a bright and glowing spectacle visible from space. Environmental cues and population density play important roles in producing luciferase on a large scale. Together, these elements show us that group behavior occurs at microscopic level and the effects lead to macroscopic changes!

Previous
Science from the Shadows
Next
When it Comes to Toilet Aerosols, Seeing is Believing 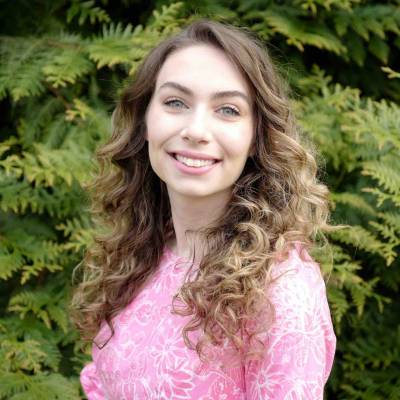